In review by Keith Rodway 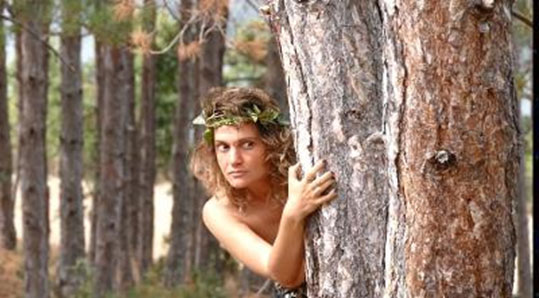 Solve et Coagula, a 110-minute feature film by Orryelle Defenestrate-Bascule, combines elements of bardic storytelling, folk theatre, sculpture, animation, calligraphy, music and sound art, movement and experimental filmmaking to form a love letter to the delights of the senses, and the gods of Darkness. It is in equal measure both a bravura piece of experimental art cinema, heavy on the symbolism of ceremonial magick, and a faintly absurd am-dram mess. While it could have been improved by an upgrade to its formal performance skills, where it impresses is in its imaginative scope and the cast’s commitment to the material. A critical eye may feel unease at tropes commonly associated with soft porn, which undermine the themes of grief, loss and spiritual transformation – themes that underlie the film’s considerable strengths.

Solve et coagula – dissolve and bind – was the magical process by which medieval alchemists sought to purify base materials by breaking them down and reconstituting them -turning lead into gold. It can also be seen as the heroic transformation of routine life via trials and adversity. Orryelle has his own take on all this, turning the mythical hero Orpheus into Baphomet, the hermaphroditic, goat-headed, winged god allegedly worshipped by the Knights Templar, and familiar in mainstream culture from depictions of ‘Satanic’ rituals. 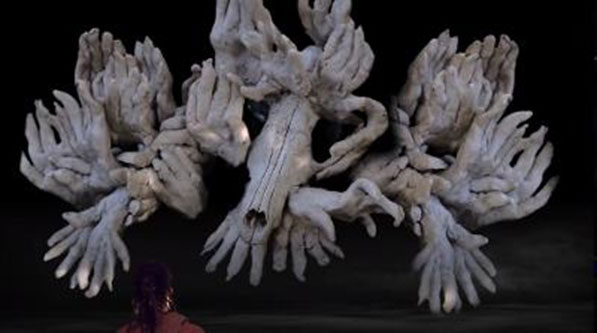 We then cut to Orpheus wandering distracted in search of his lost love Euridice, who has entered the realms of the dead. Orpheus pleads with the gods to give her back. Initially they refuse, but are eventually won over by his pitiable lament. ‘Go then and find her’ they command, ‘but don’t look back.’ Wracked by guilt and fear, Orpheus looks back. It is following this that his transformation can begin.

Orryelle’s Metamorphic Theatre perform all this with what few formal skills they can muster, giving it what one, if feeling generous, might like to assume was their best. Sadly, their best falls far short of conventional expectations. Levels of absurdity pile up. Things perk up about 40 minutes in when our hero emerges dazed and confused from the realm of the dead and is set upon by a band of maenads who tear him limb from limb, eating all but the head. They solemnly carry the head to a river and set it off downstream, where it floats away, still lamenting its fate. These scenes of ritual dismemberment and ritualistic cannibalism are where the film begins to really engage, as if this is the bit everyone’s been looking forward to. The actors seem to find the expressive skills that hitherto had eluded them, and the levels of visual experimentation are impressive. 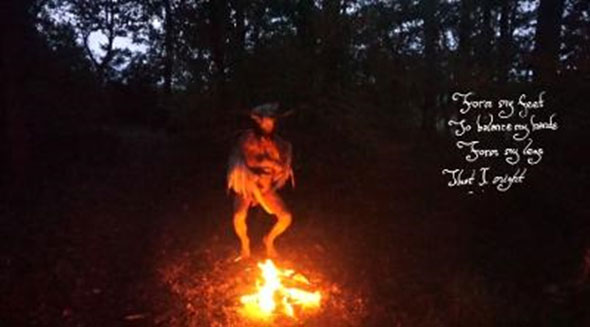 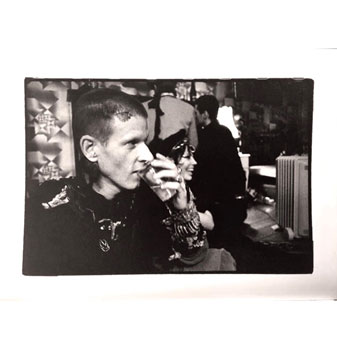 Gonzo’s Alan Dearling adds: ‘Orryelle Defenestrate-Bascule’, is indeed a name to conjure with along with his performance group and arcane home at:

Orryelle invited me by email to get his first feature film reviewed. I’ve known him and his works in Magick-Music-Art and more, firstly from his contribution to my ‘Alternative Australia’ book, and then I met him at a ritual performance around Glastonbury Tor. He’s Wyrd, no mistaking that. Imaginative. A Shaman.

Everything Orryelle touches is in excess, challenging and often manipulative. He spreads a web, usually a dark one, around his audiences. Keith Rodway is a musician with Necessary Animals and film-maker, so it seemed an act of synchronicity to let him review the film. Thanks Keith.