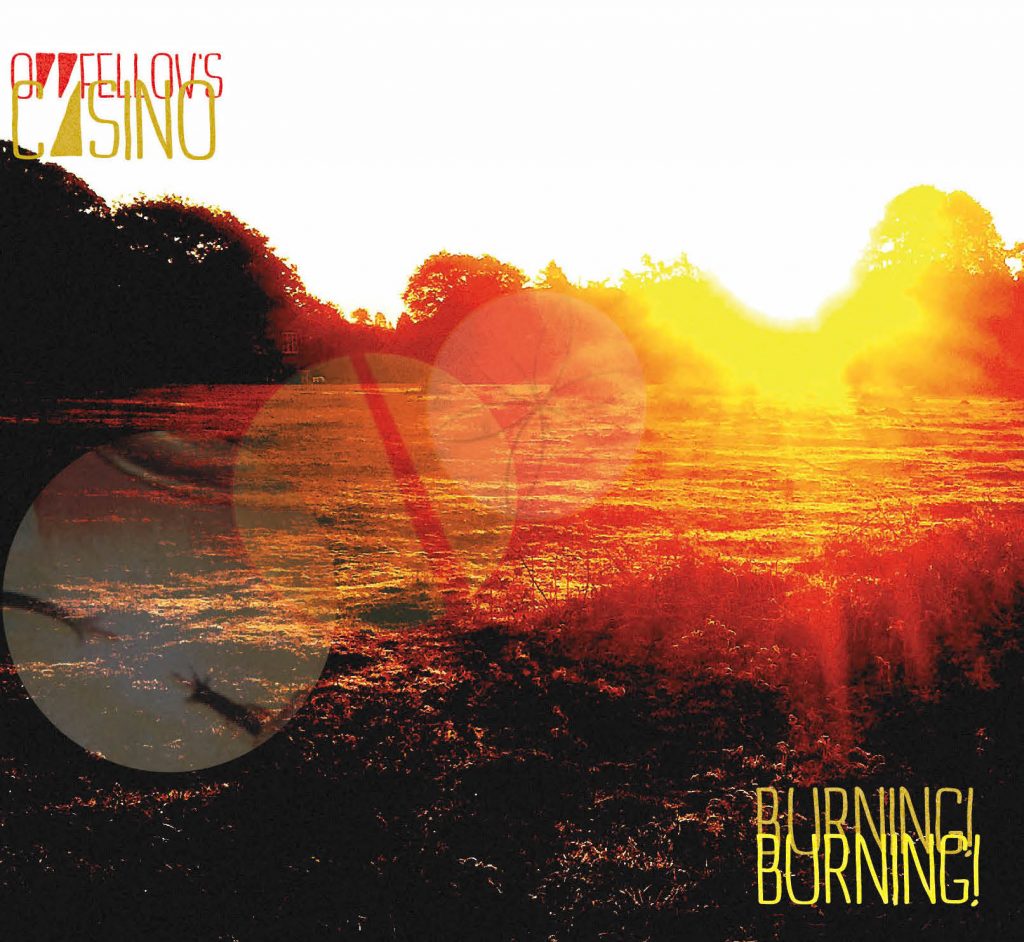 With tracings of funk and a mournful horn the casino reopens
As David Oddfelllow Bramwell honours Ambrose’s first gambling hand.
These beautiful plays at the wheel set the sounds of fate spinning
As we prise from the perfect, songs that everyone with one eye
On the stars understands. The Chime Children are myths that Bramwell
Catures in singing; that soothing voice that keeps clouds in, has returned
Through these broken skies to bring calm. With guitar swirls as sound bed
And a sparkle of synths the chimes charm us; ‘Midnight borne’ clay set
Creatures reanimate to stall harm. This first song is a spell, as Casinos
Of course spread addiction but as a welcoming sound we’ve found
Something to keep the fire from rising while ensuring that the embers
Of course remain warm.

Sol Ra is summoned in on almost traditionalist
Strains to advance us, as backing vocalist Eliza Skelton joins Bramwell
In a treatment which soon outshines Philip Glass. Abbi Coggan and Tessa Giles’
Stately strings interrupt and then guide the developing song into rhythm.
Toby Visram’s drums walking wildly against this suddenly moving terrain
And starred path. This is one of Bramwell’s busiest songs, as the ground
Sparks and glitters, and this sky stung seeker masters the way through
Sheer will. The swell of strings and voice mark ascent as we in listening,
Journey, partners now in the gamble as well as the gambol, as at ‘Sunrise’
Our Oddfellow starts to ‘climb..flint black hills.’

Leave Behind slowly forms, bidden by Al Strachan’s cornet, as skittering
Synths rise behind us like the ghosts of the song’s opening quote.
The words become instruments too, fusing and placed with abandon
As the voices that crowd within one woman’s bedroom populate
The sung title as haunting and the need for expulsion
Echoes across each bright note. There is a further summoning here;
Song as true invocation, as if Bramwell was indeed mixing music
As if it was a kind of soup made of sound. Hear how this piece paints
The surrounding air blurred between us and enter into the moment
That remains and which lingers. The simple refrain feels profound.

Where are the Memories of Henry Sergeant? Contains all you need
To know about Bramwell. The precious Oddfellow enlightens the story
Within each small life. A Yann Tiersen piano takes us into this sweet
Melancholy as this particular sad and lonely loses heart and hearth,
Hope and wife. As if already set for such loss, the lyric informs us;
‘Henry was born/Friday Night..and a brooding storm/ The lights are low.’
And we are quickly consumed by this close to snow Dickens drama;
‘Henry’s alone/Its four in the morning/Where did she go?/
Down to the church at the end of the road.’

Then a change of key nudges us from a second piano,
Before Strachans Cornet plays a kind of Penny Lane the hurt owe.
The heart shaping notes seem to descend steps at night as Henry
Looks for his love across darkness. We glimpse the cold coast
Beyond him and catch some of the despair on his face.
The strings return to crest ice that will clearly never thaw in his future
And as Henry retreats, the time passes as the repeat of ‘Henry’s home’
Feels like decades that Haversham and shame the poor creature
Into a prison that resembles much of the heart’s hidden place.

Strange Lights in the Night Sky break and spark with a guitar line
To spear us. As Bramwell personalises sorrow with his own
Wonderful playing and pace. The former Music Teacher reveals
That the purity of the lesson is never lessened as he commands
Tune and texture to replicate innerspace. A screaming synth
Threatens as his lovers voice settles. The chords swell while
A fluted sound spirals and charms the dark horde. There is grace
Here and ground that the album reclaims with each moment.
At a time when we are all tied to our homes and houses,
Let watching such skies become concert and bring you all
To applaud.

Twice Around the Sun could be soul,
As Visram’s rimshots show us. And the Oddfellow and his imagined
Companion trace ‘the shadows of their lives across the valley of the stones.’
A shimmering guitar paints the dusk and the dark Bramwell favoured.
But now there is a glaze of day in his glasses even as his silhouette
Strums alone. This search under sun will be the cure we’re all seeking.
As ‘tied to the heart’ are all lovers who would each illuminate all we know.
The singer maybe on the run, but he is moving towards his prized target.
And what burns here holds no damage, for singed by sunlight,
This is a love sung with the full reviving strength of blood flow.

Frozen Warnings emerges through ice as landscapes shift beneath us.
Echoes of notes, masked and misted before the gathering shape in song
Holds us close. Emma Papper’s clarinet has sounded heavenly on this
Record and here it calls across chaos to fill the sound and the silence
That only a truly guiding force knows. Bramwell raises his pitch,
A Choirboy in his fifties, but one can still hear the young man ready
To master all worlds. Luckily, he is lithe and slips between grace
And danger, like an angelic John Martyn who knows how to prize
His gold girl.

The Red Eye of Mars colours in and on
As a chilling storm gathers, that of space no doubt, as the Oddfellow
Comments on the seach for HG Wells’marked plain. ‘Junk and satellites’
Dance before the wisp of night far above us as this song sourced storyteller
Eulogises past pains. Ecstatic but sage synth lines rise as Bramwell stirs
His star waters, and the Mars, which represents all of our dreams
And ambitions and our failures too, stays unclaimed.

Night of the Dab Tsag is pulse and electric persuasion. It is a call
For change in which each small phrase and rhythm shows the special
Appeal in this play. By which I mean a Spotify click, or the clip of a CD’s
Whirred returning. Here the Oddfellow is stranger and more secure
Than any of us in his say. And so Bramwell calls across light and sings
Of both love and evil. He twists sound and image into both sublime scent
And dark smoke. As you fall asleep and never wake he’s your dreaming,
As you avoid horror, his voice holds the calm and command as hope floats.
What is burning? Its us. But this record remains to bring water. For, if
Music is more, Bramwell knows it. And there’s nothing odd in that.

Marian Marks: If Jimmy Webb, or the Walker Brothers had strolled,
They would have made something as soaring as this, to conclude things;
The new Oddfellow’s single that comes sidling in on bright strings.
For David Bramwell’s sweet pop fizzes now across surface,
As Marian Marks and her story and her ‘daisy wheel’ soon enchant us
As after these fifty minutes David B. Still sweetly sings.
The strings spark and soar as the piano’s pump fuels the engine
Of this scented ship as it’s sailing across the rise and roar of sound’s
Sea. It honours this new album that’s come as evidence of this sainted
Songsmith’s sound forging, as a theme tune for starred lovers,
Who even on a dissonant day still feel free. The song is a soundtrack
For clear skies, impossible aims and heart weather, for hopes housed
And bettered and for the soul’s fresh release. This is a record to win
As the Casino reopens. Therefore, burn in slow fires that will fuel
Each ascension and teach the waiting heart how to be. 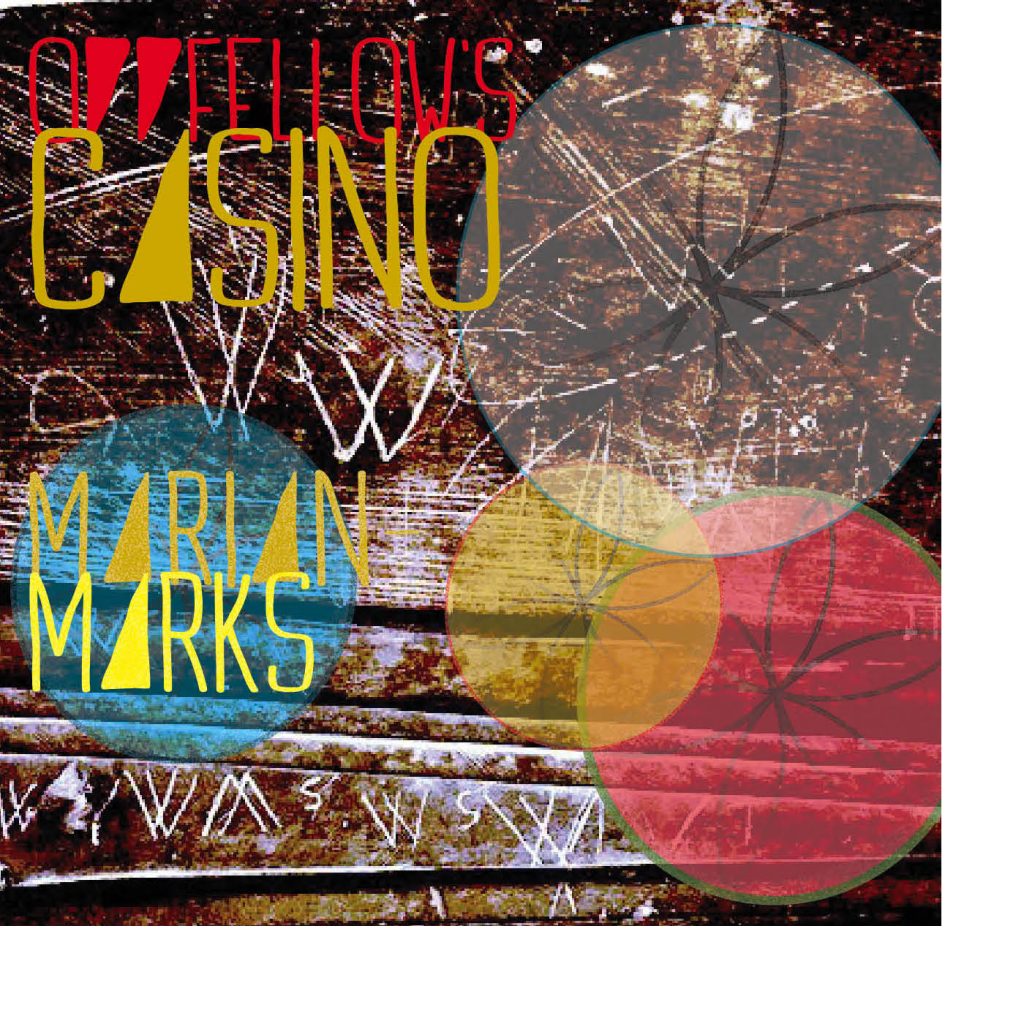 View all posts by David →
This entry was posted on 22 August, 2020 in homepage and tagged David Bramwell, David Erdos. Bookmark the permalink.