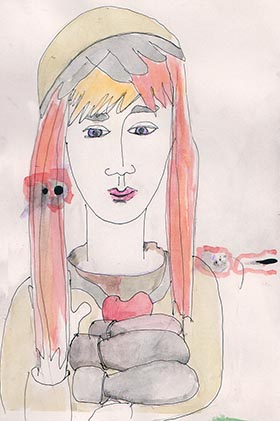 She thought she was back on a Coney Island
rollercoaster, beneath a waxing moon and stars,
but what were those ramparts that now stood in ruins?

She thought she heard a Wurlitzer, a silver band,
or was that a trumpet reveille and the clacking of flags,
a muezzin in his minaret beneath a crescent moon?

She heard her heart and thought of how it reminded her
of bombs; how they didn’t always land
where they were aimed. Her memories lay like fragments

in the street, jumbled like bones in a box.
The hinge between thoughts and things and truth
lay sundered. She seized the last of the light,

its vast fading. Here as nowhere else
she heard the sound of no birds singing.
The news film played in the background like a ghost.