THE ATOM SMASHER OF DREAMS 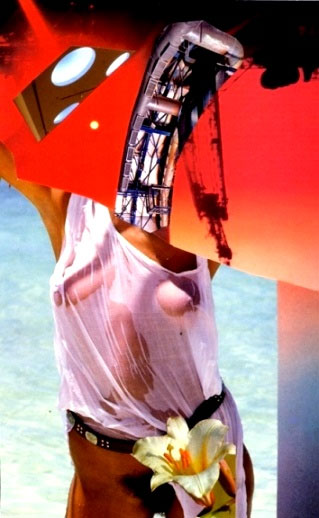 To find the ultimate element of desire a team using Attention Theory and a temperature high enough to mimic conditions when the universe was just microseconds old have found our most recent dreams follow a mathematical vortex pattern.
Quarks loop through these vortices, even though shot pacing isn’t everything – good narrative, strong acting and a fireball about four trillion kelvin at its core, are probably more important. This is just the way you dream about far-away places, old girlfriends and alien cities built by insects. Later this year researchers will separate lower energies, helping to describe the human attention-span when dreaming about the future.
Is life a mathematical trick? That is exactly what the more negatively charged entities would like us to think. They expect the separation to disappear but we have seen signs of such vortices and fields created by gluons that can twist, forming dreamlike structures in the all-pervasive vacuum of space. This is what gives mass and substance to lurid, inhuman fantasies.
Perhaps the key lies in measuring desire with greater precision, although we now think that psychic films are more gripping because they resonate with other movies, not your memories. You may try to copy the style, but the galaxies will collide anyway. Explosions can create a series of waves, transforming the magnitude of ‘pink noise’ at random intersections in the brain – a property that has never been seen before. Others have observed the vortex in music, street fashion and air turbulence. This type of dream field should cause two particles to collide off-centre, smashing gold and copper ions head-on like a slow motion car crash in the Valley of Despair, tracking the eye-movements of dreamers like jets of matter expelled from backward spinning black holes.
Mutations are locked in and several different kinds of fantasy arise, helping
to explain all kinds of non-material phenomena.
Always leave space for magnetic fields to build up in your dream life.
Never look back.

One Response to THE ATOM SMASHER OF DREAMS