The Essence of Worldly Apathy 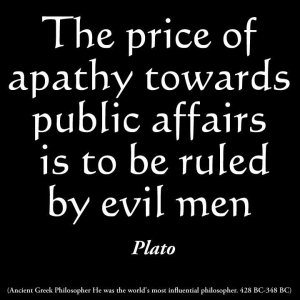 The Essence of Worldly Apathy as it Reflects on Human Civilization

The people will tirelessly retain a wide array of needs and the demand behind each respective need will incessantly grow in an exponential manner. The posterity of nations is measured by the developmental capacity that supports its society in addition to its corresponding communities; our societies exist because we retain communities which sustain them. In this regard, we must take a moment to dwell on what the imperatives of social development is supposed to mean to a body of people who we can classify as the populaces as well as the corresponding authority which serves as the central force of government. The qualitative aspect of life can determine the level of efficiency in which a society and its manifesting communities have attained; however, the qualitative aspect does not depict the entire driving force which enables the distribution of social efficiency to every individual member of the nation in question. As human beings, we develop the central force of our infrastructures so that our outstanding needs are addressed in a proficient manner. If we seek to better the overall quality of life that exists on the ground level, then an efficient societal mechanism must compel the implementation of its force in a feasible manner.

Social efficiency does not necessarily mean that an advanced level of sophistication will be at hand. Through the utilization of our social civility, we are able to advance the first stage of our nations out of its primordial beginnings; similar to organic biological organisms, societies and the nations in which they sustain endure gradual transitions; as the essence of time surpasses us at any given period of sentient being, we eventually realize that we are anything but stationary. The simple notion that supports the underlying idea of a transitioning change does not necessarily imply that its ultimate after effect will produce positive ramifications. When it comes down to harnessing the synthesis of an incremental transition, a social change is not very far behind; the term as it exists in the latter form of the idea should insist that is supporting undertones alludes to a transition that is more on the small scale side of things. An incremental change is measured in strides and through the management of each individual manifestation that corresponds to the actual transition, a societal change distributes itself in a way that is technically supposed to be equitable to an egalitarian sentiment, but the actuality of the transition does not always stick to the positive sided interpretation of the manner.

The deliverance behind the actual transition, existing either in a specified capacity or in an aggregated form, ultimately presents itself as a progressive development that compliments the growth behind an entire nation, but efficiency alone combined together with the social sophistication of the societal infrastructure is not enough to ensure the sustained preservation of a nation’s posterity. A primordial system may have developed in a highly efficient manner, but that does not imply that the essence behind the established social order has reached or even peaked at its full depth of potential. There is still much innovation that is waiting to be offered by the adventurous spirit that is naturally championed by the people, but there is also a down side to the social sophistication of society in regards to the way in which highly developed trends reach prominent heights in and around society. Institutional control presents itself as a system that is harnessed for one primary purpose and this is defined as a mechanism which proficiently addresses the incessant and proliferating needs of the people. Governments when combined together with the forces of the free market retain the tendency to collaborate together for the sole purpose of attaining greater concessions of control over the masses.

These two entities build up the bulwark of civilization in the sense of balances of power that meter and distribute the means of a nation’s social industriousness; this presents a term that is all too familiar with the doctrinal logic that supports and sustains the revolutionary dialectics which signify the philosophic revelations of Marxism, but in an age where we are constantly being challenged to the breaking point, an underlying desire to challenge the traditional notion behind industrious potential must manifest into something that contributes directly to the intellectual growth and development of the corresponding nation in question. As a sovereign entity that stands to exist as a member of the international mainstream, a nation’s degree of worldly distinction is achieved by political and economic interests which are often not of the making of the lone nation itself; rather decrees are essentially imposed in an authoritarian manner which takes its refuge behind the politically correct parameters that balance the diplomacy which is then championed by the harbingers (world superpowers) that represent the international status quo. The industriousness behind an entire nation must not be encircled by a medium that totally succumbs to the lessons of the Industrial Revolution. The people in any given community and society will build their corresponding nations to the preconditions that mandate the popularized needs that are in turn necessitated by its people.

There is one truth that happens to emerge and rapidly transgresses in a fashion that subverts the social consciousness of the people in a motion that happens simultaneously. This can be considered as an innovative measure which stands to infiltrate the inner workings of society, both at the communal and societal levels, in a clandestine manner; the aftereffect cedes the entire sovereignty of a nation into the pockets of those who insist on maximizing greater concessions of power and control. Widely realizing and embracing this particular truth should insist that the essential reality behind the transgression of the actual development would instill an alarming awakening to the populaces who reside within the nations that have in turn been overtaken by these clandestine interests. The pathway that leads to the subversion of the social consciousness of nations feeds on the needs of the people and once this has been achieved, power structures enforce their authority and control over an entire nation leading to an elitist monopoly of some sort; these is where elite cabals are formulated. It then becomes evident that the materialization of such an act robs nations of their prosperity and this substance is not merely confined to material capital, but is equally attributable to a nation’s intellectual capital.

Once this occurs, the people become locked into an apathetic demeanor while their own social livelihood is clandestinely wrestled away from their grasp. As history demonstrates, collectivized drives that insist on implementing transitioning changes retain the tendency to blindside the masses into arbitrarily believing that initiatives seeking to socially sophisticate society are inherently positive. Although its substance may seem to be positive from its immediate face value, an elite interest can work its way into the foreground enabling its conspirators to implement specific changes which exclusively work toward their exclusive agenda; which is often authoritarian/totalitarian in nature. The people of any given nation have a civic and moral responsibility to themselves to ensure that clandestineness does not strip the entire societal structure of its social autonomy which serves as a direct reflection to the degree of attained liberty that has been achieved by its sustaining society.

Tweet
This entry was posted on 14 February, 2013 in homepage and tagged Apathy, Omar Alansari-Kreger, power and control, social change. Bookmark the permalink.