THE LONG VOYAGE TO FREEDOM 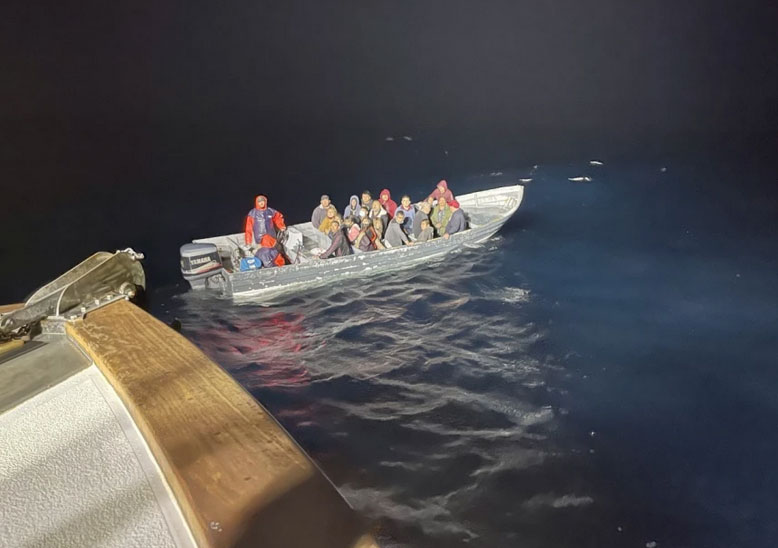 explosions ignite the night skyline as we leave,
rocket attacks level what’s left of the east city,
only starvation, plague and brutality endure here
as famine and forever war devours endless lives,
a decommissioned island ferry seized by traffickers
slips port under cover, some of us shelter inside,
others lay sleeping bags in vehicle bays beneath stars,
after two seasick weeks we’re taken by foreign troops
to an offshore reception centre, I’ve seen camps before,
I know these places of squalid rape and humiliation,
when some of us escape back to the ship, no-one cares,
the traffickers have guns but we have the numbers,
we dump their bodies into the sea and steer west,
joined by a freighter fitted with outriggers of refugees
we fish from bulwarks or we starve as children weep,
some opt to swim for a far cove on storm-strait shore,
if they survive we never know, or what happens after,
there are charity food-drops, fungus grows and is eaten,
a gunboat with unknown markings turns us back,
a helicopter shadows us out from territorial waters,
a former cruise liner takes our guideless flotilla to three,
it has a forced hydroponics deck rich in fresh green,
I am everyone on these ships, I am these ships too,
no rest, no place to set foot, no direction to freedom,
those who die leave space for those who remain, as
there are new births born under stars, beneath the sun,
naval guns escort us away from luring green shoreline
out between sheer cliffs into the greater ocean beyond,
we’ve become boat people, sailing the compass of a long
voyage to freedom across the conscience of the world,
there’s no end, until we fall over the horizon’s rim…

View all posts by Andrew →
This entry was posted on 9 July, 2022 in homepage and tagged Andrew Darlington. Bookmark the permalink.