The Pink Diamond Revue and friends

Tim Lane is the charismatic frontman of The Pink Diamond Revue. 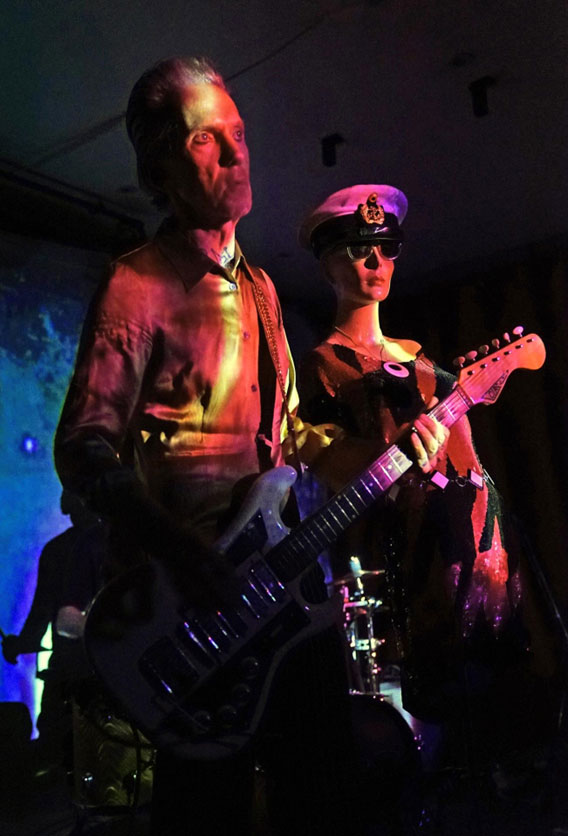 Very much in the mould of mutant, Showroom Dummies ‘at the Discotheque’. Indeed they are fronted by a mannequin. Insistent beats, repetition. Curious drumbeats, psych-syncopations’ that mesmerise, slow lobotomies, cauterizing with a 1950s’ undertow of rock ‘n’ roll guitar riffs. It’s a strange mix of Talking Heads, David Byrne, Mick Green guitar, with an angular, Bowie androgynous imagery. ‘Tis a great live show, mixing some superb film imagery projections. As it says in their promo: ”An audio-visual cinematic masterpiece more than just a live band, The Pink Diamond Revue symbolise the spirit of the Vapour Trail with their sexy electro-psychedelia. Fronted by a genuine mannequin. Surreal samples, stuttering guitars and renegade rhythms before hypnotic visuals all collaborate to create a world where Kraftwerk meet sex and you find love.” 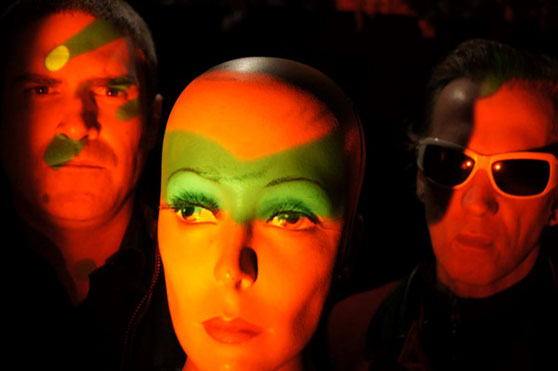 The Pink Diamond Revue arrived on my West Yorkshire doorstep with a loud kerr-thump. Talking to Tim Lane, gold-suited, eye-liner and make-up intact, but alien, distant, gum chewing, before and after the gig. It was obvious that Tim inhabits his ‘art’ and ‘persona’ full-time. He’s an art form. He reminded me of a taller version of Wilko Johnson from the Feelgoods.  Weird sounds from the proverbial, Jim Morrison Gold Mine. A twanging Duane Eddy, he’s a real living, legendary Stardust Punk, on tour from London, accompanied by his colleague, drummer, Rob Courtman Stock. Here are some sounds and images that engender some of the Spirits of Pink Diamonds. 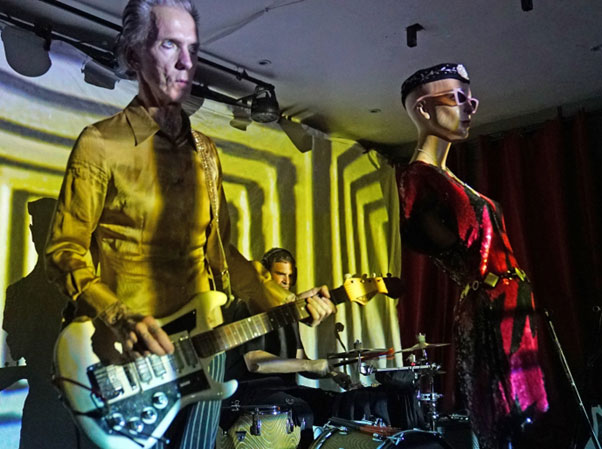 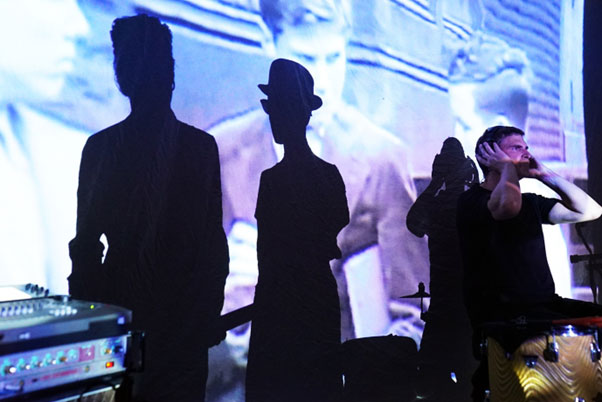 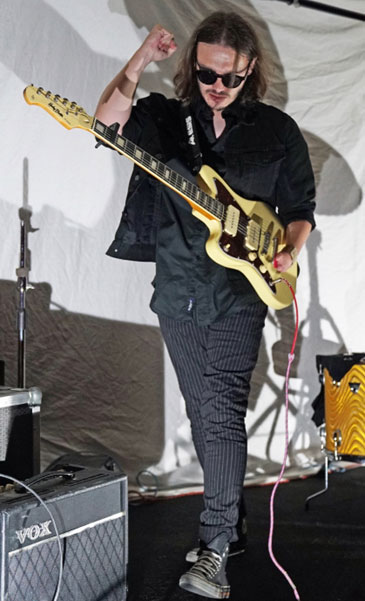 Tim Lane gave me the 12” 4 x track ep from ‘The Pink Diamond Revue’ circa 2016. It encapsulates the hi-end, Radio Broadcast quality of the band. “Death seems like a friend” is intoned during ‘Miss Lonely Hearts’…and various psyched-up iterations of “We’re not a Rock ‘n’ Roll Band.”  They Are! Good stuff but perhaps not as powerful as the newer tracks… As a Total Experience, The Pink Diamond Revue are cutting edge diamond indeed!

MAX EMRG – slipped onto the stage before The Pink Diamond Revue, clutching his beat-up computer, simple keyboard and guitar. His arrival offered a nice touch of hinted darkness, his ending venturing into even darker territory, without any instrumentation, his vocals over bass beats, sans keys or guitar, reminiscent of early Velvet Underground.  Hidden behind his shades, Max left a drone, a minimalist mystery…synth sounds, garage band sounds alternating with the sounds of the alternative 80s’ pop scene. 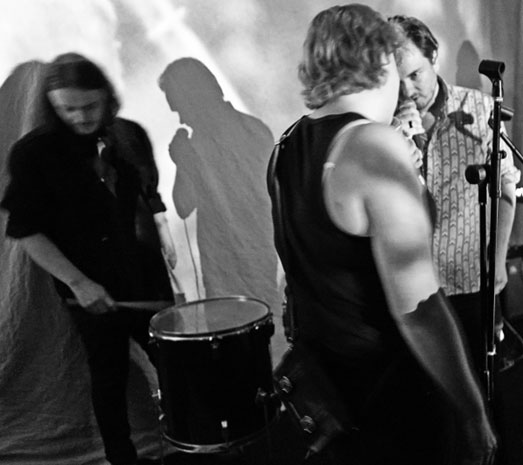 Ending the night of strangeness, Vukovar apparently started out as a Throbbing Gristle-inspired boy band. Live: Ramshackle, messy, noisy, chaotic. They say it is, “brutalist (inspired) with absences-of-light of Wigan & St Helens, now partially transplanted to the pagan wastelands of West Yorkshire and releasing their 10th album proper ‘The Body Abdicator’.” 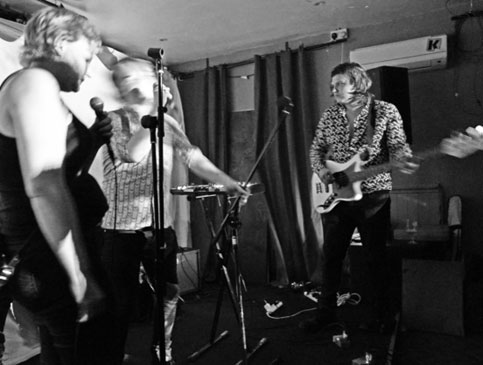 DJ Glenn Evans – is often seen manning the decks at many of the big nights around West Yorkshire. He’s a walking, talking encyclopaedia of musical history. Thanks to all involved at the Golden Lion for another slice of music memorabilia. Here’s a link to Glenn on SoundCloud:

Tweet
Tweet
This entry was posted on 10 September, 2022 in homepage and tagged Alan Dearling, The Pink Diamond Revue, Tim Lane. Bookmark the permalink.