Tweeting Our Way to Oblivion 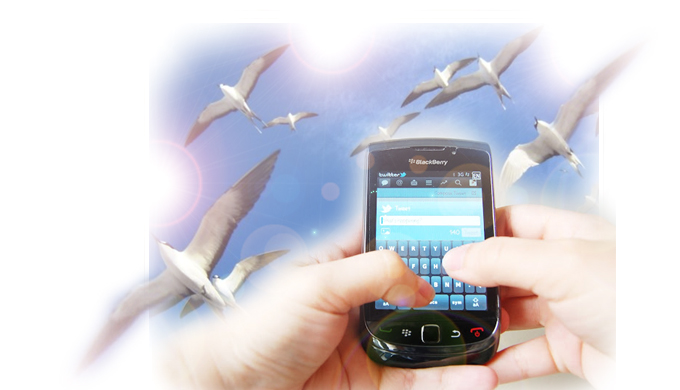 People behaving like birds should mark a step forward in the evolutionary
capacity of the human race. After all, birds sing melodiously at dawn and dusk,
swoop majestically in the open sky and build their nests using only their beaks.
I doubt that most humans could build such nests even using two hands.

Yet do we dulled and listless nine to fiver’s dance through the streets and
burst into rapturous song each dawn and dusk? No, no, not we measured and
mannered mortals. Our typical daily response to the circadian rhythms of this
universe that inspire the swooping birds is to reach into our pockets for a mass
produced electronically energised plastic gismo, upon which to twitter, tweet
and text profound messages to our friends, such as: “hey, what ya doin’ this
p.m? I’m nackered – need a drink – how about Soho Brasserie around 7 tonight?
saw jamie this mornin’ – wow he looked wicked.. let his hair grow out and was
sporting brand new Nikes!”  It’s a seriously retarded and poor imitation of the
birds version – don’t you think?

If only people could pause long enough to actually listen to the song of the
birds, maybe even to marvel at their spontaneous and often balletic flight; or
simply peer at one of their nests and reflect on its extraordinary design. But
no “No time for that – I never look up – too busy.” The very same reason given
for never seeing the poisoned aerosol ploughing of the very sky in which the
birds perform their ritual dances. What a telling indictment of the current
inhuman condition of modern man.

When we pass – and our spirit transitions to the next domain – there is, I
believe, a timeless illuminated kind of moment when we get to see the full
picture of how we used our time here on Earth. At our ‘point of transition’, we
are, if you like, presented with the results of the exam called life: the
accumulated contribution – or lack of contribution – that we made to this
Universe in the course of manifesting our earthly existence.

In that timeless space beyond physical life and yet before becoming (once again)
pure spirit, we are perhaps confronted by that which we really are; the human
expression of that immeasurable gift of life which we each carried with us into
this world as children; as unconscious, yet supremely potent glassy eyed little
God-heads, emerging out of the fecund mother womb. Then, as we grow, carrying
forward and nurturing as best we can, this seed of our limitless potentiality.
And ultimately, at that moment of passing, our accumulated earthly truths face
their unconditional confrontation with Universal Truth.

At this moment ‘wasted time’ measures up against purposefully utilized time –
and whichever swings the scales it’s way – decides our soul’s further
progression or regression in the life to come. The positive actions that
contributed to the furtherance of the creative potential with which we started
this adventure, will lift us higher on our ongoing journey; as will all that
which encourages furtherance of the evolution of this planet into a consciously
loving and creative force for the better.

But the first signposts of our initiation appear when we are yet young. For it
is then when we first notice the big divisions in the road ahead – and have the
task of choosing – or not choosing – to follow the calling of our hearts and our
expectant soul. A task which further tests us as we become young adults and gain
greater awareness of the contradictions presented by a world at war (with
itself) and the ever present potential within each of us to change that
condition into it’s opposite.

That is our ‘exam paper’. Forget the stuff that’s called ‘exams’ which we are
forced to grapple with in secondary school. They are the distorted and entombed
version of the real thing. They are simply a way of by-passing out true rite of
passage. A by-pass built by those carrying an ulterior motive: the intention of
making sure that we never get the priceless opportunity to stand face to face
with our own destiny at a moment when the great majority of our life still
stands ahead of us.

It is a deliberate and coldly inhuman calculation, designed to harness the
majority of mankind to the yoke of unquestioned slavery to the matrix. And if
successful, it ensures that a vast swathe of humanity  will be tied up in the
‘nine to five’ sterile work ethic of the status quo for a good part of the rest
of their days. A process that also has the affect of holding back the greater
evolution of planetary awareness as a whole.

Of course, there is no telling which side of the line those who do succeed in
facing their rite of passage will land. The road of life, even within the
confines of the status quo, is not without its twists and turns. Yet
opportunities to get onto our true paths are are always present – but remain
veiled and often disguised by the distractions of the absurd and power hungry
paraphernalia of modern living.

So it is that symbolically or actually, much of the ‘civilized’ world is
tweeting and twittering its way to oblivion.

And when that day of oblivion finally draws close at hand and its cool breath is
felt on the nape of the neck, it will be understood that all earlier attempts to
put off honestly confronting and reflecting upon the meaning of life – the
moment of passing – and the beginning of the life to come, amounted to a futile
and tragically wasteful disregard of our best human energies. The ‘judgement
day’ as it is historically known, cannot be anaesthetized. It cannot be erased
from existence by wrapping ourselves up in empty discourses and the fashionable
superficial banter of our time.

In the end, this is just a way of trying to hide our fear of embracing the
bigger life to which our starved souls are trying to direct us.
We need to be brave enough to listen – and courageous enough to act on what we
hear.

So to all those bent forward, squinting over their plastic pocket sized
electronically enlivened screens, or chatting uselessly on their microwave cell
phones – only to then go home to spend the rest of the evening in front of the
mind control screen on the living room wall – I want to say: we have no right to
suffocate the voice of the spirit with which we were and are so richly endowed.
In the highest spiritual circles, such an act is considered a great irreverence
and a major karmic burden in lives to come.

More than this even, it is an act of abandonment of our responsibility to take
charge of our destinies and make something out of them. To give back to that
creative source which gave us life, something more than that with which we
started, some fine individual expression of our gratitude to our Creator.

It is the growth of manifest spirit which is the true growth in we humans: the
increase we make in the number and quality of dancing reflective prisms in the
diamond of Life. From the pure unconscious of the child to the forged and
sculptured consciousness of the adult – that is our life work.

The preoccupation with ‘economic growth’ is a subconscious and sublimated
compensation for a lack of expansion of the spirit and the soul of man; the
growth of the divine human which is our true reason to be. Power, politics and a
preoccupation with acquiring material possessions, is the net expression of life
gone off-course. Of submission to the dark side’s plan for humanity’s slavery.

So if you still insist in twittering away your life – at least twitter something
meaningful like: “I’m seeing the sun, renewed, blazing forth as it climbs into
the vastness of the morning sky. I feel my soul expanding with it. I feel myself
soaring like a bird, leaping like a gazelle… today I’m in celebration of life!
I’m arranging a meeting with the calling of my destiny – I’m throwing off the
shackles of meaningless repression, dear friend, how about you​?”

Tweet your way to heaven that way – or don’t tweet at all. Leave it to the birds.
For they, at least, only know to communicate in poetry. 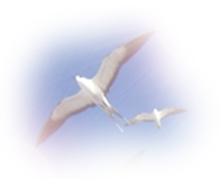 Julian is the author of ‘Changing Course for Life – Local Solutions to Global Problems’ www.changingcourseforlife.info and his forthcoming book ‘In Defense of Life – A Radical Reworking of Green Wisdom’ will be published later this summer.