Untitled: a Novella by Jan Woolf 2 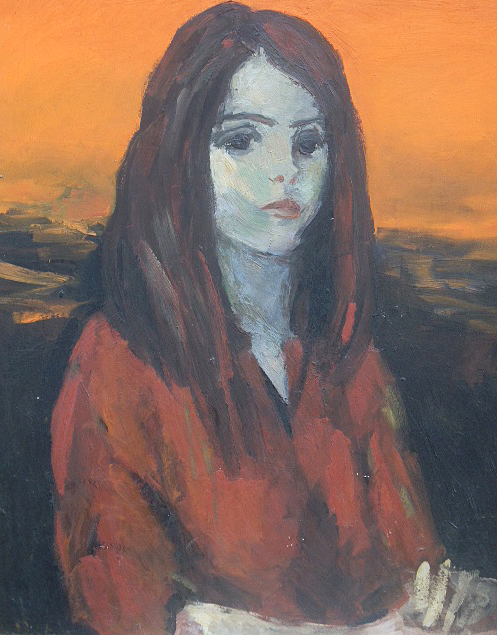 A knock at the door. Loud. Aggressive.

…….‘Other kids come in ‘ere do they?’  snarled the twelve year old in a voice just starting to break.

‘You know they do Jerome.’

The boy stalked into the room, knocking over a pot of pencils, and stood in the corner by the window.  ‘Fuck off,’ he murmured.

She remained calm.  It was a quieter fuck off than of late, and not one that suggested he’d be leaving any minute.  ‘So…’ she said, leaning forward.

She held steady – at least he hadn’t called her a cunt, sabotaging the session, like last week.

Another knock at the door. ‘Everything OK?’ asked a voice on the other side.

……  ‘Fine thanks,’ she reassured the Residential Care Worker, a deliberate hint of annoyance in her voice  – in conspiracy with her angry, mistrustful ‘client’.

‘How’s the week been Jerome?’

More progress, she thought, keeping her nerve. Sometimes there was no answer at all.  ‘Well?’

‘WELL WHAT,’ he yelled out of the window.

There’ll be no eye contact today, she knew, unless she asked a direct question. ‘How was English?’

He turned and glared at her.  ‘Rubbish.’

‘Yeah,’ he lowered his gaze, ‘even though I took a pill.’

Another risk.  ‘You sure you’re not saying that to get off the Ritalin Jerome?’

‘Nope’ he said, enjoying what he thought was more shared conspiracy, ‘they make me feel sick.’

Good, she thought.  Not long before he flushes them down the toilet.  She waited a while. ‘What lessons do you like most?’

‘But we do art. I like art, there’s no right answers.’

‘Wrong’ he grinned, enjoying his joke. Wicked – look at that, she’s smiling right at me man.

…….‘Shall we do some drawing?’  She started to pick up the scattered pencils, and then stopped, realising that he should do it. That if he had the power to make her pick up pencils, he might lose trust in her.  Just as important as knowing that calling her a cunt meant a cancelled session.

…….‘Thank you Jerome. And I said you could call me Martha.’

He wandered over to the desk and put the pencils, one at a time, into the pot.   As if he were loading a quiver with arrows, thought Martha.

He threw a pencil across the room.  ‘How did you know I was gonna?’

…….‘This is well babyish,’ he said, picking up another pencil and doodling on the paper; his usual ellipses, furious swirls and sideways flicks of graphite, before settling to another twenty minutes of faces and lines, interspersed with;

What’s all this rubbish for?

– while Martha sat back, thinking hard on his behalf, watching more drawings spooling out of his turmoil.  ‘Why are we doin’ this anyway?’ demanded Jerome. She didn’t answer, but knew perfectly well why: to drain the water table of his anger.  Besides, the drawings were very good.  ‘But you said you liked art,’ she said.

‘I’ll take you all to an art gallery one day.’

‘Yeah, but I don’t want the others to come.’

‘We’ll see,’ she said, glancing at the clock.

‘I want to do photography.’

…….‘Excellent,’ she said, glad that he’d suggested it first.  Putting him behind a camera, where he could watch the world at one remove, feeling safe, would be a very good idea.

…….‘Dark room stuff too, yeah?’ he said, producing another face of giddy circles and lines.

…….‘Of course Jerome,’ said Martha, peering at a drawing that the psychologists would call a schema and art historians a late Picasso.

‘An’ stop using my name all the effin’ time.’

…….‘Right,’ she said, noting the checked oath, rewarding him with a broader smile.

‘Martha,’ he mumbled, trying the name on for size, before abandoning his childish shit and walking towards the door.  As he closed it quietly, Martha gathered up the drawings and put them in a drawer.  Yes, she thought, photography.

She hesitates, looking at her feet.

She twists round in the ladder-back chair, pointing to the red high heels standing like soldiers beside the pile of clothes. ‘I want those.’

She shakes the slippers from her feet, and draws aside the thick yellow curtain. The room fills with light and the crowd in the town square starts to cheer.  ‘Now the other one,’ urges the man.   As she leans across to do so the cheering becomes wild.  ‘Stand up,’ he insists, his voice rising with excitement. He walks from his easel towards her, the shoes dangling in his left hand.  ‘Put them on.’  Her eyes glint through her white satin mask as she pulls on each shoe, and, now that she is his height, nicks his neck with her teeth.  Delighted, he puts a hand around the back of her head and pulls her face towards his, flicking his tongue into her mouth. The crowd falls silent, not quite believing what it is about to see as the couple sinks to the floor.

‘No Matt, not here,’ whispers Martha, twisting and turning out of her dream.   Knowing that more sleep won’t come, but why the dream did, she snaps on the bedside light, sits up and stares at her reflection in the wardrobe mirror.  ‘Well?’ she asks it, ‘should I go?’  But the reflection – looking more like an elderly infant than a sixty-year-old, has no idea.  She slips out of bed, into a dressing gown, and the baggy grey slippers of the dream.  Which take her out of the bedroom, down the stairs and  into the sitting room, where his first portrait of her – as a student –  broods in an alcove. He’d drawn her in the style of Holbein with a soft pencil – the emphasis on the curves of the mouth and upper eyelid, then painted  – not filling in my dear but fleshing out – with the relish of a child.  ‘Is that me Matt?’

She sees something new in it every day; undertones of green in the flesh, new brushstrokes in the long chestnut hair, the richness and gradations of orange, brown and black in the background – the anxious hands.  Eye contact is deflected, sitter and painter unable to maintain it long enough for the time travel of a portrait. Unlike a photographer snapping a shared glance.

A dealer had offered her good money for it.

‘Should I go tonight?’  She asks. He’s old, there might not be another chance. But the dark-eyed girl staring into the middle distance cannot help her.  Anyway, she’d destroyed the invitation.  Have I?

She hurries into the kitchen and treads on the pedal of a chrome bin, which yawns its emptiness and foul breath right back at her. Where is it?  Of course, she put the bin liner out last night.  She opens the back door, hugs the dressing gown tight against the winter morning and steps onto a patio strewn with rubbish.  Bugger. A fox has been at it.   But the animal is still there, staring back at her, one paw cocked, ears pricked as if waiting for an interrogation. Enchanted, she looks into the brown pebbles of its eyes, but it flattens its ears and turns, its haunches scrawny, orange fur matted. It trots away dragging its brush – a creature the reverse of itself.  Poking at the debris with the snout of her slipper, she finds it.

TATE MODERN INVITES YOU TO

Juice from a tomato tin and a dusting of blue bread mold has given it some interesting colour – far removed from the Tate’s minimalist intentions. The Great Artist would approve.  She picks it up with thumb and forefinger with the care of a forensic scientist.  Thoughts slink around her nervous system, looking for knots of anxiety to attach themselves to… …he should know…shouldn’t he?  Then the thoughts attack… what good would it do?  Maybe his health is bad. Eva will be there. I could ruin what’s left of their old age.

She listens to the traffic building on the A40, as if the answer lay there.  But it doesn’t, and she’s cold.  She returns to the kitchen, where she flicks on the kettle, posts two slices of bread into the toaster and props the invitation against the cold little belly of the teapot.  Switching on the radio for the eight-thirty news, she only half hears about the student fees demo, Sarkozy raising the pension age for the French, Obama in Indonesia.  And then…

‘Mateus Stefko’ announces the presenter. ‘Tate Modern is honouring you with a retrospective for your ninetieth birthday.’

‘What would you say you have contributed to contemporary art?’

…….‘I said Good Morning. Why don’t you say it back?   Is it to save time? Or money? Hmm? There, I have taken up the time of three good mornings.’

Clunk!  And two pieces of toast stand to attention.

‘I’m so sorry Mr Stefko. Good morning. So what have you…’

‘I see. Our listeners may not be aware of the difference, maybe you could…’

‘…aware of the difference?’

The presenter calls his name twice, before declaring that ‘Mateus Stefko seems to have left us.’

…….Martha laughs into the few seconds of dead air. ‘You’ve pulled the line you old bastard,’ she chuckles, pouring hot water into the teapot, warming the invitation. Suddenly hungry, and remembering that she used to paint, Martha smears ochre white butter and umber marmite in an arc across the toast.