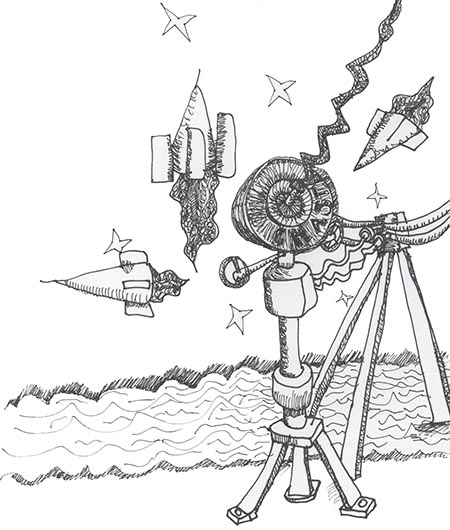 It was the Con-opportunity of the century.

Nothing could go wrong… could it?

I’m a foreigner here, the most ordinary routines are strange, even though I was born here. My first six-month contract was renewed, which I considered a positive indication. My second one wasn’t. The line-manager was sympathetic, but he explained it was out of his hands. There were budgetary restrictions, there were downsizing requirements, he was sorry, it’s not his choice.

I was telling Earl that it was like that scene from ‘The Graduate’, where Dustin Hoffman is straight out of his college graduation, and his father’s friend advises him – just one word, ‘plastics’. It was like that with us, with our generation. They told us I.T., so we all do information tech. Now there’s no plumbers or plasterers, but a surfeit of programmers who can write an app, but little else. He gets thoughtful, then enigmatically says ‘the man and the opportunity have come together.’ He’s got someone he wants me to meet. We head off downtown towards the Hyde Park crossroads.

Earl works for immigration resettlement. He helps asylum seekers and refugees. We climb the stairs of a cheap rooming house, all the way to the top. The man who nervously answers the knock is Einstein. Well, not exactly, because he’s wiry-haired and venerably bearded, but that’s my first impression. A kind of untidy preoccupied middle-eastern intellectual. We sit in an awkward silence. This is Ahmed. He held a university science-chair in Syria. Which is vaguely interesting, but I can’t see where it’s leading, or why I’m even here.

Earl pressures him. He seems guarded and suspicious. Then he grudgingly shows me a clip on his mobile. Out in the Syrian wasteland beyond the campus he’s constructed a beacon, with what looks like a satellite dish at its apex. This was before the university was evacuated as the warfront approached, and before a stray U.S. drone mistook his beacon for an offensive weapon and explosively took it out. Afterwards, he tried to join the Iranian nuclear program, but fell on the wrong side of the Shia-Sunni divide. Not that he’s interested in politics or religion, because he isn’t. All he cares about is science. Eventually Ahmed beached up on Kos, and hence to refugee status in Yorkshire. Now he needs to resume his project.

Earl explains it to me later in the ‘White Heart’. Ahmed’s beacon operates on gravity-wave principles too esoteric for us to understand, but he has the math and convincing equations. The Voyager probes are out there in deep space, beyond the solar system heliopause. But he can leapfrog them. A single data-pulse from his beacon circumvents normal space-time and hits Alpha Centauri – the closest sun-star with a planetary system, instantaneously. Naturally, I’m cautiously dubious. Earl has thought this through. He buys drinks, and explains. It doesn’t matter if Ahmed’s scheme is viable or not, merely that it seems viable. There are lots of gullible geeks and space-freaks out there who’d help. This is where it falls into place. Crowd-sourcing requires a website. This is the kind of stuff I know about. Crowd-funding opens up a financial money-stream, which we administer on Ahmed’s behalf. His actual needs are low-cost, he already has the theory and the blueprints. Everyone comes out profitably, no-one gets hurt. It’s a teasing proposition, yet I see problems.

Crowd-funding takes more than just a website. It needs momentum. But it seems Earl knows Joey Bradford, they met when he did a promo photo-op with rough-sleepers. The scripted-reality show ‘The Only Way Is Yorkshire’ ran one series, got axed, was picked up by a digi-channel for a second series, then got suspended. Joey needs visibility. We meet up in a city centre bistro. He’s supernaturally metrosexual, as though sculpted from soap. He has pitches ready. ‘Celebrity: Cut Your Own Fingers Off’ is one, with an ethnically mixed cast – one transsexual, who graduate through increasingly stressful self-immolations, with amputated body-parts cryogenically preserved through elimination-stages and surgically reattached once the show completes with the surviving victor. He’s volubly enthusiastic, although he obviously understands nothing. I do some prep-work.

I only begin to think this might actually work when our novelty combination earns a local-TV ‘Calendar’ slot. Duncan and Gaynor treat it as a spoof-interview, Joey does his dumb-charm energy, Ahmed broods weirdly sinister expounding techno gobbledygook, Earl provides the axis. Aren’t our radio and TV transmissions already out there is space? sneers Duncan. Yes, but this will be targeted narrowcast, and now, Earl counters. Joey quips about Captain Kirk. The clip is picked up, goes viral, and sure enough, donations begin to Paypal in. Next thing is a few corporate feelers. The maverick entrepreneur from ‘Chaste’ offers sponsorship, but insists on certain provisos. We acquire a lease-by-the-hour pop-up office, and recruit a lawyer who’s more versed in PPI claims. He sets out a portfolio. We need a Research-&-Development budget, and a Materials-Sourcing division, both legitimately registered in Panama, with itemised spreadsheet revenue-streams. ‘Chaste’ is sufficiently reassured to inject capital, and get their logo all over the dish. This ignites other corporate investors.

Ahmed sets up his equipment in rented workspace, and the tower begins to look oddly impressive despite logo-constellations, glistening with a structural intermesh of printed-circuit motherboards. Because he’s more concerned with the platform rather than the content, it’s left for me to devise the data-pack. I download the ‘Voyager’ plaque and disk, the human DNA images, planetary diagram, periodic table, music-bursts from Chuck Berry to Beethoven, birdsong, whale-music. There’s still unused capacity so I add a couple of ‘Star Wars’ movies. I’m more in favour of extending the operational time-frame as the money-gush keeps gushing. We have separate off-shore directorships waiting to escape to once the project completes. The results don’t matter, they’re unquantifiable anyway, and we won’t be around. It’s been an incredible trip.

But Ahmed is impatient. We meet up for a last evening in the bistro. Earl on his best hosting behavior. Joey says he’s signed for the Danish ‘Big Brother’, he’d hoped for ‘Strictly Come…’ but maybe if he can contrive a tabloid-tease romance-narrative with another housemate, who knows? Ahmed opens up for the first time and gives fascinating insight about his struggles from poverty into academia. He looks me in the eye and expresses such gratitude for the work we’ve done to make his dream a reality, so sincere that it hurts and provokes guilt-pangs. The following day we transport the tower across the trans-Pennine M-way to achieve elevation, out onto the moors above Huddersfield, where it is erected and secured with hawsers and lines, and jacked into the grid with power-cables.

It’s a strangely touching moment. This is project completion, an amazing span of months from which we’ve emerged superrich beyond our wildest expectations. The sky is clear. The view breathtaking. Ahmed is preoccupied with last-minute calibrations. He briefly joins us on an array of conservatory-furniture where cameras spool it all in, documenting it for the benefit of our multitude of planet-wide investors. Then he turns it on. The entire structure trembles blue with electric fire. There’s a shockwave that singes my eyebrows and temporarily deafens me. An ascending lightning-bolt that stabs into the sky. Good, this looks convincingly impressive.

It seems sadly anticlimactic as we return the equipment to rented trucks, shake hands solemnly, and head home.

So that’s the full story. That’s how it happened. I know we shouldn’t have perpetrated it, but we did. And I mean, when I woke up, turned on the news and saw the massive shimmering saucer-ships of the Galactic Expeditionary Fleet hovering over every major city of the world, I was as stunned as everyone else. No, of course we didn’t expect this. Overnight, everything’s changed. Nothing is the same. I’m a foreigner here, the most ordinary routines are strange, even though I was born here.

View all posts by Andrew →
This entry was posted on 2 June, 2016 in homepage and tagged Andrew Darlington, nick victor. Bookmark the permalink.