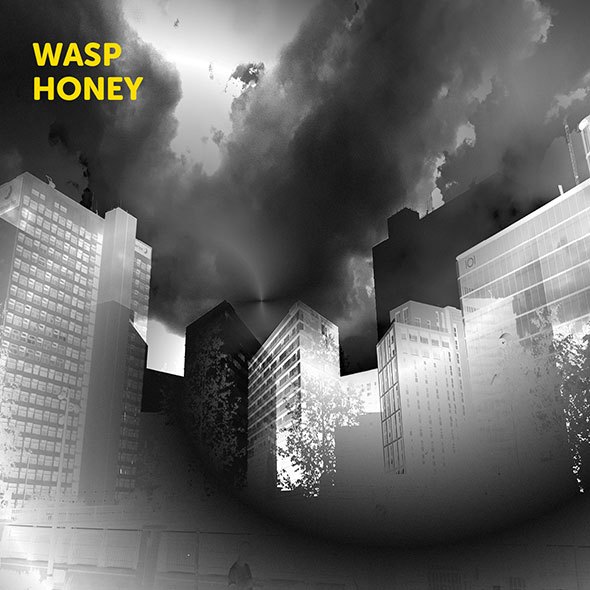 You could be forgiven for thinking improvised music does not exist outside of what Ben Watson refers to as the Oto/Wire/Resonance Triangle, but there have been thriving regional scenes in existence in the UK for decades.

Martin Archer’s Discus label is not confined to releases from Sheffield but it does feel like a crucial piece of infrastructure netting a milieu together. Wasp Honey brings together musicians who met at the Birmingham Improvisors Orchestra (although Archer and Jasnoch have worked together in previous collaborations in Sheffield). It is an interesting showcase of the variety of working methods that  contemporary improvisors use. There are three compositions by Archer for the quartet, characterised successively by swagger, dread, and whimsy; four solo interpretations of a graphic score by Walt Shaw, and three quartet improvisations. This certainly gives some welcome variety to the set.

I haven’t heard John Jasnoch on bass before but he brings the mastery and thoughtfulness to it that he brings to all his work. He is certainly the heartbeat of this group – occupying the lower frequencies and providing a rhythmic and harmonic node for the line up. Archer plays woodwind and Farmer violin, while Allatson is a nimble and lightfooted percussionist, so there is a role for an anchor.

Shaw and Tetlow met at a Leicester improvisers session. Lockdown led to online collaborations – processing and mixing shared files rather than live sessions via Zoom. Both use electronics, with Shaw using a mixture of conventional and found percussion while Tetlow adds radio and field recordings. The result is a polished album of electroacoustic improvisation – I particularly enjoyed the gamelan sounds of Canticle From the Crypts of Leiberkuhn and the buzzing reediness of Mycorrizhae.

Discus Music is at https://discus-music.co.uk/