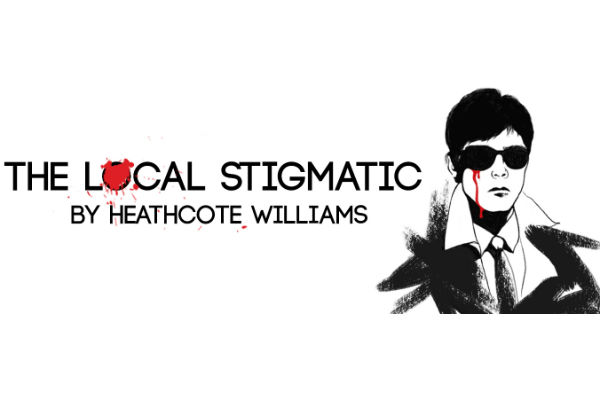 My connection with The Local Stigmatic goes back over 17 years. I was performing in a play called Dealer’s Choice at the Union Theatre, acting alongside a friend, Dan Barzotti. One night after the show, we were having a drink and he asked me, ‘Have you ever heard of this play called The Local Stigmatic? Al Pacino made a film of it in 1990.’

He said that he had the script, describing a vivid, extremely surreal piece of writing. The more Dan enthused about the play, the more intrigued I became. Both of us then decided that we could play the two main parts, along with another actor, Tony Wise, who had joined us and was keen to play the third character. So at that point, the three of us were seriously thinking of staging it together. However, after the run of Dealer’s Choice ended, we all went our separate ways professionally, which is the norm for the life of any actor or artist, and our plan to stage The Local Stigmatic sadly never materialised.

Fast forward a few years. I was directing at the Poor School in King’s Cross and talking to the students about Harold Pinter and his play The Dumb Waiter, which is also based on two enigmatic characters. One of the student’s then mentioned The Local Stigmatic. At that point, I thought: ‘There’s that play cropping up again, but still I’ve never read it.’

Unable to find a copy in any of the major bookshops, instead I bought the film, instantly recognising the potential in it but deciding that I really had to read the text. Easier said than done. Trying to buy a copy of the play was impossible. It was out of print over here, but you could still purchase it in America. I was stunned, because it’s not an American play, but quintessentially English, based solely in and around the underbelly of 1960’s London. I started to become somewhat obsessive in my quest to find a copy. 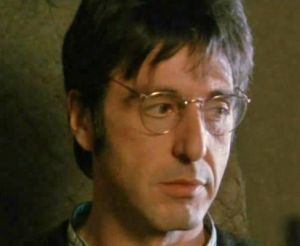 AL PACINO STARRED IN THE 1990 FILM OF THE LOCAL STIGMATIC

Once again, The Local Stigmatic was intriguing me. The play had now become elusive, rare, and even more alluring. My wife finally tracked down a second-hand copy in San Francisco and when I finally read it I thought, ‘Wow! What an incredible piece of writing. But this is definitely not the film I saw. I didn’t watch this.’

I read the play again and again. Each time, the narrative, language, and its originality making me more determined than ever that one day I would have the opportunity to direct it. It became personal, the play, its two main characters, Graham and Ray, continuing to lurk in the back of my mind, patiently waiting, as if they knew it was inevitably meant to be.

Now that I am finally directing The Local Stigmatic, in today’s culture of instant fame, YouTube, and the infatuation with celebrity following, it seems more relevant than ever.

At the time the play was written, there was obviously a celebrity culture, but nothing like to the extent that it has now become. Fifty years ago in London, celebrities, actors and musicians were adored and revered. Placed on pedestals and therefore untouchable. So when The Local Stigmatic was written and staged it would have been profoundly shocking. In fact, Heathcote Williams describes a scenario where a woman had a fit in the audience, screaming incessantly for the play to be stopped!

It wasn’t until the 1990’s that the media and public perception of celebrity changed, people were now becoming more obsessed with the downfall of celebrity icons – OJ Simpson, Hugh Grant, Bill Clinton being prime examples. This is precisely what Graham and Ray were embodying back then, some 30 years earlier. Resentment, envy of the more fortunate. A profound, twisted desire to see these ‘mighty idols’ fall.

When The Local Stigmatic was written in 1966, and what’s occurred since – from Charles Manson to Mark Chapman – the play that Heathcote Williams wrote appears uncannily like a template for what was to come.

The 50th anniversary production of The Local Stigmatic runs at London’s Old Red Lion Theatre from 3 to 28 May 2016. Follow@MyTheatreMates on Twitter for details on our competition to win a pair of tickets to the show. 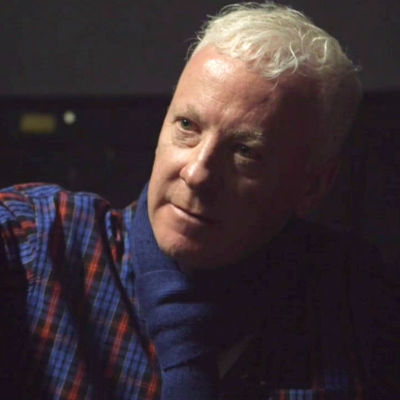 Michael Toumey trained as an actor at the Poor School and as a director at the Gate Theatre, Notting Hill, London. His professional directing credits include: Arrivederci Millwall (Battersea Arts Centre), Runaways (Diorama Arts Centre), Scopa (The Bridewell Theatre) and Someone’s Son (The Union Theatre). He also wrote and directed Dancing With The Angels at The Union Theatre and was assistant director on Swaggers at The Old Red Lion in 1996 which won the ‘Time Out’ Award for Best Play. In 2005 Michael worked under the direction of Kevin Spacey as the Acting Facilitator on the first Old Vic Starbucks New Voices Student 24 Hour Play Project.
,
Most recently, Michael directed Down and Out in Paris and London, starring Phelim Drew for the Bewley’s Café Theatre, Dublin, which also toured The Galway Theatre Festival and Paris in 2015. Michael is an Associate Acting Tutor and Director at The Guildford School of Acting where he has numerous directing credits, including: Market Boy (P.A.T.S Studio University of Surrey), The Laramie Project (The Mill Theatre, Guildford) and How to Disappear Completely and Never be Found (The Ivy Arts Centre) and The Women (Ivy Arts Centre). Michael is also an acting tutor at the Identity School of Acting in London.
——————————————————————————— One Response to The Local Stigmatic: How has celebrity culture changed since 1966?