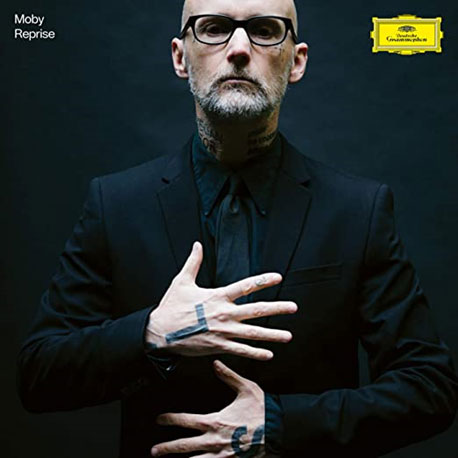 The version of ‘Heroes’ from Moby with vocals by Mindy Jones is possibly worth the entry price on its own.

Overall, this is distinctly a class act. And, it is released in collaboration with classical label, Deutsche Grammophon. It’s a greatest hits collection but very individual. At times, perhaps, a little too reverential, as Moby becomes the Grand Elder Statesman of Rave. 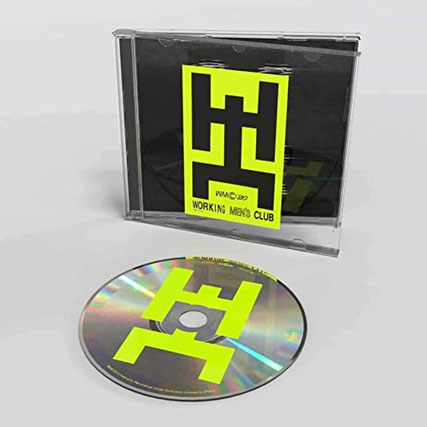 A debut album that is a great brimming advert for the indie music of the Yorkshire Calderdale Valley. Crammed with ‘toons’, lots of dance beats, electronica and a post-punk vibe… sounds that are reminders of Joy Division, Happy Mondays, OMD, New Order and more.

This could be destined to be a bit of a modern classic. As it says in the lyrics to the opener, ‘Valleys’: it’s “…trapped inside of my mind…”  Lots of catchy, danceable, ear-worms to discover. Syncopation, quirky rhythms, infectious and modern, especially on tracks like ‘John Cooper Clarke’, big productions, snatched cut-and-paste phrases of lyrics, swirling psychedelic electronic soundz! Other, heavier, bass-driven tracks like ‘Be my guest’ and ‘Tomorrow’ harken back to the experimental side of solo Peter Gabriel’s output. Lots of tracks for the Working Men’s Club to exploit live – once we get back into sweaty clubs and muddy fields.

WMC have been creating waves on Jools Holland ‘Live On Later’ and Sky Arts. A bright future beckons. It will be interesting to see where their musical journeys will take them. 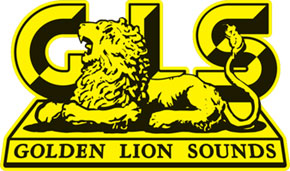 Golden Lion Sounds, based from the music pub/venue in Todmorden, is now marketing singles from local bands (with large potential appeal) including one from WMC and W.H. Lung – which sold out on release: https://goldenlionsounds.bigcartel.com/ 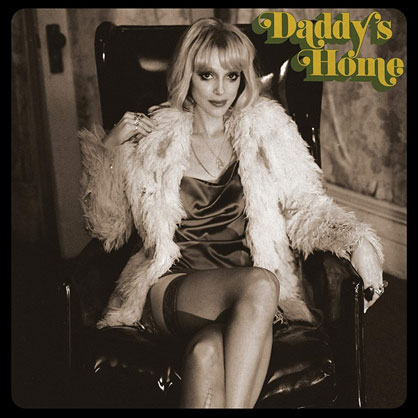 US performer, Annie Erin ‘St Vincent’ Clark, has recently released her fifth album. It’s a musical collage, a homage, sometimes a musical mash-up. There are a mighty amount of influences from 1970s’ soul/pop, gospel, through David Bowie, Prince and Dark Side of the Moon, Pink Floyd-era, plus some fine slide-guitar. Decent sounding indie-pop with a rich vein of variety. Almost too many seams of musical heritage riches, perhaps?

‘Pay Your Way with Pain’ captures a bit of the zeitgeist. Pain or is it Fame? See what you think.

Andy Warhol’s transsexual Queen, Candy Darling, was an obvious role model for St Vincent and gets a name check in the closing track: https://www.youtube.com/watch?v=J_NGVALdYQw

Annie has been around the musical blocks a few times as a member of the Polyphonic Spree and part of the Sufjan Steven’s touring outfit. Professional and glitzy. 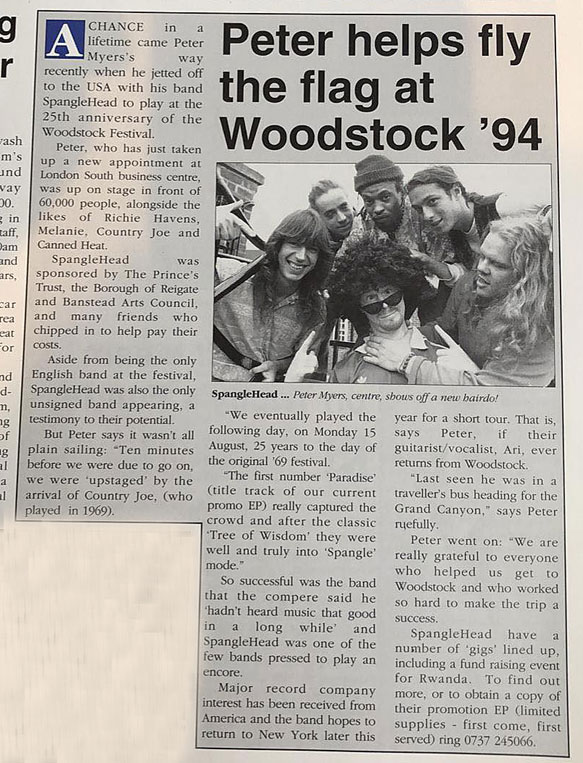 Spacerock time! Courtesy of Ari Z Satlin and friends…from the USA and the UK.

Ari almost literally bombarded me with links and press cuttings to his old band, ‘Spanglehead’. They appear to be in something of a renaissance in 2021, undergoing a bit of a publicity blitz. They sent me an ep, including four tracks. 1. Mystification is very much Hawkwind-style hypnotic psych; 2. Tree of Wisdom, a reggae-tinged middle-eastern Egyptian sound, whilst the other two tracks, Paradise and Drifting on a Dream are much more MOR-fare, soaring prog rock and soft soul.

The back-story is fun. In 1994 the Princes Trust paid for the airfare for Spanglehead to play the 25th anniversary of Woodstock on the original site in Bethel NY on Yasgurs Farm. They found themselves rubbing shoulders with Richie Havens, Melanie and Country Joe McDonald.

Facebook page, including link to the track Mystification: https://fb.watch/5wfZpdDTED/

Goat Girl: On All Fours 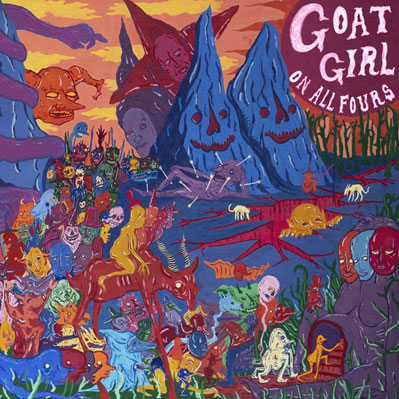 This is the second album from a London-based indie band – four ladies who ooze plenty of talent and individuality. Love the band member names: Lottie Cream, Rosy Bones, Holly Hole and L.E.D.

Somewhat reminiscent of the quieter, poppier end of the Velvet Underground and the ethereal, Siouxsie and the Banshees.

I feel a bit sorry for Goat Girl as they frequently get confused with the Swedish experimental band, ‘Goat’, which is far removed from tinkling, indie-pop. ‘Anxiety Feels’ is a class angst song – “Don’t want to be on those pills.”

And, ‘Sad Cowboy’ really does resemble a theme for a Western!

Spacey, lush, swirling soundscapes with a heck of a lot going on… 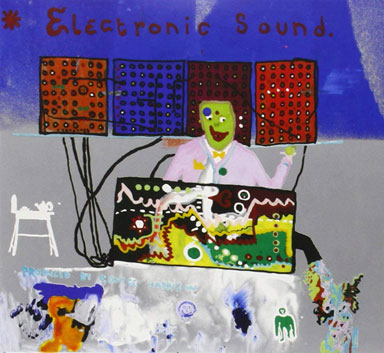 A real oddity. In terms of bleeps, white noise and a total lack of ‘music’ – a Space oddity!

I only recently stumbled over this re-release. Mainly because I am an avid fan of American electronic gurus, Beaver and Krause, who were involved with George at the time. Not for the faint-hearted.

As Tom Rowlands from Chemical Brothers writes in the liner notes:

The Zapple label was conceived by the Beatles for ‘exploratory sounds’. ‘Electronic sound’ was the second of only two releases, the first being from John and Yoko: ‘Unfinished Music No 2: Life with the Lions’. George was twiddling the knobs of the Moog synthesiser when he made the recordings for the two long tracks which were eventually released.  He was also heavily ‘into’ the music of Morton Subotnik on ‘Silver Apples of the Moon’ at the time of the recording. There are a few glimpses of music. But, only a few. You have been warned!

Here’s a snippet from the original trailer from 1969: https://www.youtube.com/watch?v=8z6Ugne78eQ

Tym Cornell: “…me and a friend did LSD and listened to this record and laughed our asses off. What a great time it was. Love this record, way ahead of its time. Love George.”

Sky Arts: The Live Revival and From the Vaults

If you’ve not experienced any of these music films curated by Guy Garvey (lead singer from Elbow) – go search them out. A tonic for the music-starved. Grass-roots music venues fighting back. It does seem a trifle tricky to find the screening times (despite emailing Sky!).

Tweet
This entry was posted on 12 June, 2021 in homepage and tagged Alan Dearling. Bookmark the permalink.