Art is dangerous to authorities 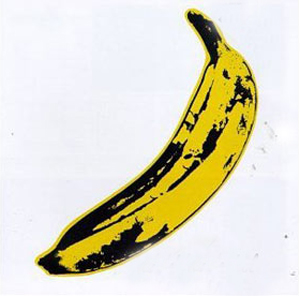 Art is dangerous. It makes people move out of standard-response channels.

That’s why colleges teach brain-deadening courses in art history. Every attempt is made to codify the students’ reactions.

I’m not just talking about political art. I mean anything that truly comes out of reliance on imagination.

Those who run things—and their willing dupes—want reality to look a certain way and be experienced and felt in certain ways. These limited spectra form a shared lowest common denominator.

Even so-called spiritual experience is codified. It’s called organized religion. I call it “give money to the ceiling.” You give your money and they tell you high how the ceiling of your experience is and what you’ll find when you get there.

Art has none of these limitations. It’s created by people who’ve gone beyond the shrunken catalog of emotions, thoughts, and perceptions listed by authorities.

Art, by which I mean imagination, throws caution to the winds. It invents realities that engender new reactions, never before experienced. It blows apart old rigid perception.

The hammer blows and the soft propaganda of the common culture install layers of mind control: “See things, experience things in these prescribed ways.”

Over the years, I’ve encouraged a number of people to become artists. Aside from the work they then invented, I noticed their whole approach to, and perception of, life altered radically.

Their sense of vitality, their courage, their adventurous spirit came to the foreground.

Mind control, externally applied and self-induced, is all about putting a lid on creative power. That is its real target.

The one trap an artist—which is to say anyone who lives through and by imagination—has to avoid is thinking of himself as a victim because he is “an outsider.”

Outside is good. Outside has great strength.

When an artist invents himself as a victim, he then goes on to lash out at people who have nothing to do with the fate to which he’s consigned himself.

Authorities in any society, no matter what they call themselves, are invested in systems that will maintain a status quo of perception. They are constantly producing new systems for that purpose.

Technocrats would like you to believe that hooking your brain up to some super-brain computer will fulfill your needs and desires. They seek to prove that all invention, all creation, all art, all imagination is merely a set of calculations within a closed system.

This effort betrays their own despair. They see no way they can truly create.

It is the vacuum in which all elites live. They build up a frozen dead consciousness of models and algorithms and “solutions,” and they seek to impose it, as reality, on the minds of populations.

Essentially, they’re saying, “If we have a soul-sickness, you have to have it, too.”

On the other hand, individual creative power launches from a platform of freedom and rises through layer after layer of greater freedom.

From that perspective, authoritarian power looks like a sick-unto-dying charade.