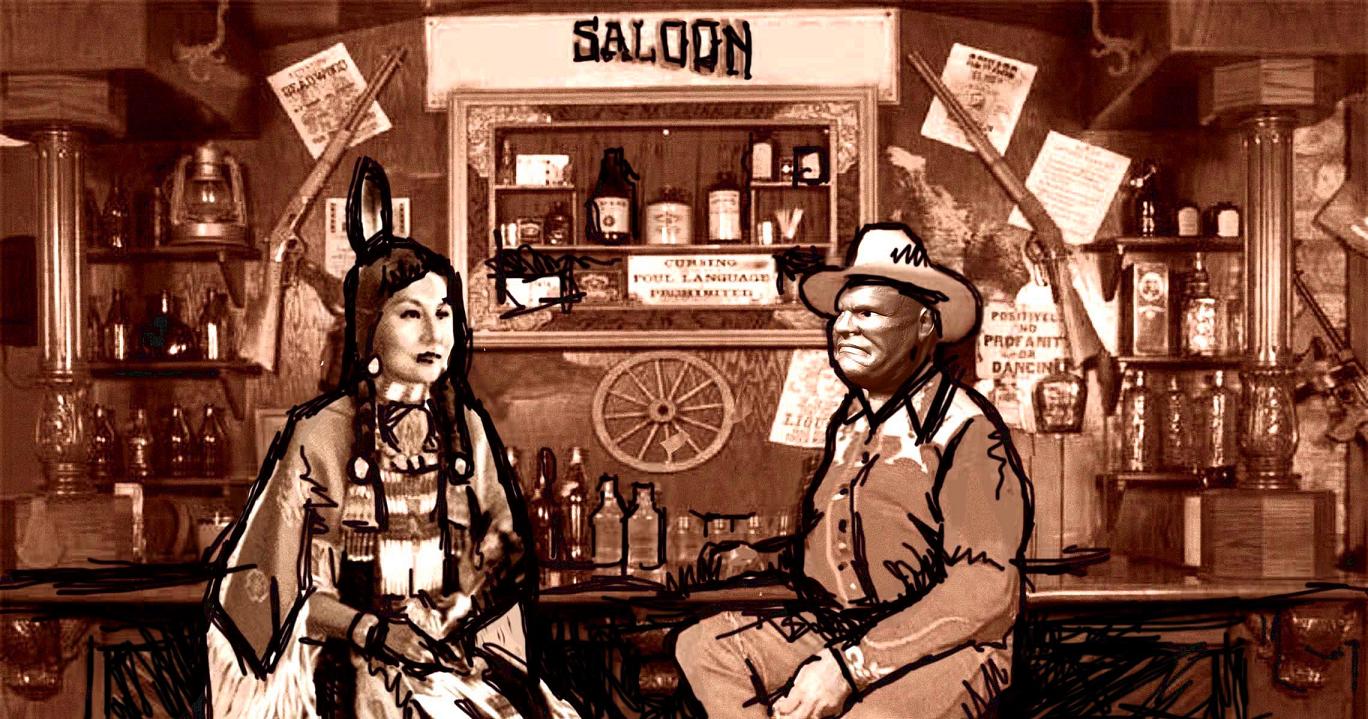 A short play exampling several of Nash’s stages of drunkeness;
1 The Ape-drunk, who leaps and sings;
2 The Lion-drunk, who is quarrelsome;
3 The Swine-drunk, who is sleepy and puking;
4 The Sheep-drunk, wise in his own conceit, but unable to speak,
5 The Martin-drunk, who drinks himself sober again;
6 The Goat-drunk, who is lascivious; and
7 The Fox-drunk,who is crafty, like a Dutchman in his cups.

NW has a full fizzing Kronenborg, IB has a Guinness with the first sip taken. They are sitting at the bar of an authentically reconditioned gastro-pub. The wood of the bar is too expensive and the music is too cool. It is empty apart from them and three members of tattooed, good-looking bar staff in beanie hats, who mill in aimless circles around the till. A girl comes and gives NW his change.

NW: You alright? (then turning to IB, he starts scrolling through his iPhone showing her texts) My Japanese girlfriend has gone psycho.
IB: Just be nice then.
NW: Yeah, but she’s making threats. Saying that if I don’t let her come over and see me, she will get in touch with all my friends and tell them I am a rapist.
IB: Well you know (sighs) … it’s different for girls. I mean, obviously rape is rape and not rape is not rape, but sometimes, if you are lying to someone you are sleeping with, when they find out, it can feel like rape. Because they were sleeping with you according to certain things, and when these turn out to be false, ‘specially cos of the way sex is for girls – boys get to offload things and girls have to take it on – it just feels… different.
NW: Do you think I should go to the police?
IB: For what?
NW: She’s a nutter!
IB: Are you scared of her?
NW: (laughs) No…but I want it to stop.
IB: Yeah, well the police is not the way. That’s the thing with boys, they go full pelt into creating a situation, and then when the situation occurs, they back the fuck up. Which is what it is, but the boys in blue ain’t ever the way. I mean, if she is a nutter, it will only escalate the situation. Psychos don’t acknowledge restraining orders, or other aspects of law and civility. And if she isn’t, then, well, you’re just a bit of a prick….
NW: Well I wrote to her husband, saying I was concerned about her.
IB: Oh what? Man to man! Very nice. You should stop fucking married women anyway.
NW: I know, but…
IB: I’ve fucked loads of people’s boyfriends, even maintained relationships with some, but I mean, it’s just not real is it? Everyone is lying to everyone… I mean, I mean, do you love any of the women you fuck?
NW: All of them, in different ways.
IB: No, but I mean love love. I mean, don’t you ever wish for something, you know, real…?

It is the same pub, but now it is filled with people. There is a quiet lull of pleasant conversation. Someone is ordering a hot toddy. NW’s first empty glass sits next to his second, already half empty. IB is still finishing her first but another new Guinness sits besides it. NW is paying for the drinks again. IB is leaning back on the stool like a kid in R.E..

Scene is the same, just a bit later, and so the background is louder cos more people are more drunk. Next to NW are four empty Kronenborg glasses, while he drinks his fifth. Lined up on IB’s side are two Guinness pint glasses. IB is working on a whiskey and a half.

NW: The people who aren’t Jewish get pulled over all the time.
IB: What do you mean?
NW: In Tel Aviv. Every road block or train station, they get police going through all their stuff. But for me, it’s okay, I can drive around with techno blaring, pissed and they turn a blind eye.
IB: That’s not a good thing.
NW: It is what it is.
IB: But are you even Jewish?
NW: Yes.
IB: As in you have an Israeli passport?
NW: Sure.
IB: But you’re English?
NW: Yes.
IB: So do you think of Judaism as a race then?
NW: No.
IB: But you’ve already said you don’t believe in God, so you can’t think it is a religion…
NW: I don’t.
IB: But if it isn’t a race and it isn’t a religion, what is it?
NW: You wouldn’t understand…
IB: (throwin her arms up) I am Jewish! (stage whisperin) only you don’t hear me bangin on about it..
NW: (excited) Well if you’re Jewish… do you think of it as a race or a religion?
IB: Well, I think that my mum’s parents were both Jewish and I think of myself as having some Jewish characteristics. For instance (laughin) I’m quite tight.
NW: What the fuck are you talking about (shoutin)? You don’t have any idea what you’re talking about!
IB: I am just trying to figure out what you mean when you say you are Jewish…if it is neither race nor religion, what the fuck is it exactly? I’m trying to understand.

Scene is still the same, only it is even later, and so the background is even louder cos now people are totally smashed. The drinks are the same, but there are now at least 17 assorted glasses crowding the table in front of IB and NW. The Guinness’s and whiskeys clinking up against wide-brimmed lagers.

NW: (slurrin) I can see why people say what they say about you.
IB: What do you mean?
NW: Just that I can see what they mean.
IB: (annoyed) Well why do you think people talk about me huh? (she sits up very straight, procures a small nail file from her pocket and starts filing her nails)
NW: I don’t talk about you. But I’m just saying, people do.
IB: (throwin death stare) And what exactly do they say?
NW: Oh….there goes that rough looking mixed race bird. That’s what they say.

IB is shaking with rage. She puts the nail file pointedly in her pocket.

IB: Now you don’t understand… (she gets down off the bar stool) you see, I don’t fight like that.
NW: Like what? (grinnin)
IB: Like that. I don’t talk bollocks for the sake of it. This isn’t make believe. Say what you fuckin mean.
NW: You’re a fucking nutter.

IB takes the last sip of her pint shaking with forced calm, then…

IB: Have you ever met a really crazy person? Cos I have. And I can assure you….

…in a flash, goes for his full one.

She manages to pour half of the beer into his lap before he grabs her wrist and twists the glass free. It’s all a bit lame, but even so IB walks out the pub with a Liam Gallagher swagger that she just can’t shake. From outside, you can hear her singing.

IB: People are always saying that time will take care of people like me
That I’m living too fast and I probably shouldn’t last for much longer
Little they see that their thoughts of me is my saviour
And little d’they know that the beat ought to go just a little faster. 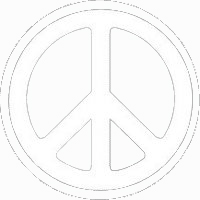 Tweet
This entry was posted on 5 January, 2012 in homepage, Uncategorized and tagged Anti-misogynist, Iphgenia Baal. Bookmark the permalink.

One Response to Circles & Psychos