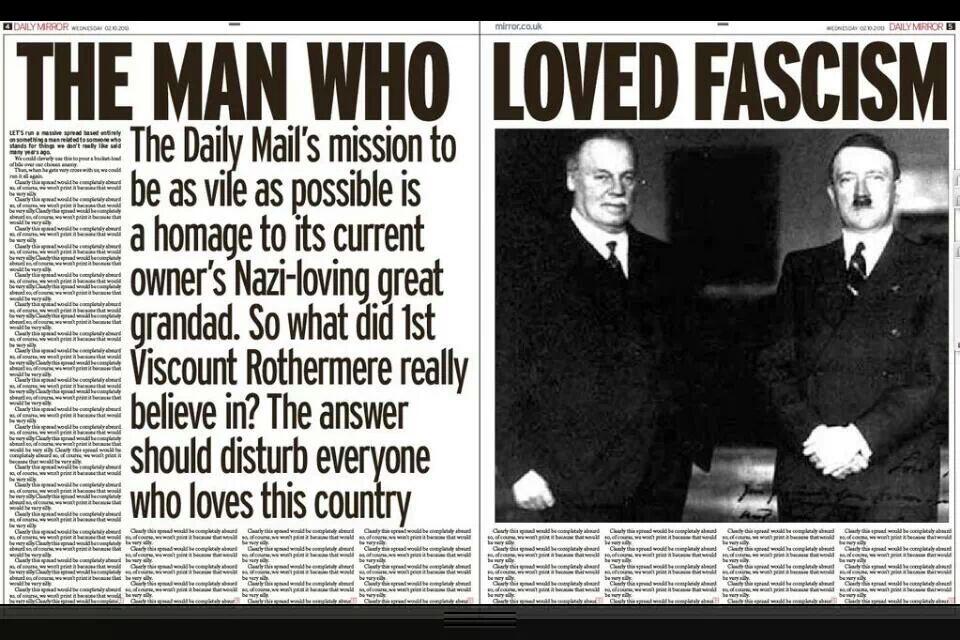 So, the Daily Mail accused Ralph Miliband – a Jewish refugee who fled the Holocaust and proudly fought the Nazis – of “hating Britain”. The irony. This is a paper that once backed the Blackshirts and Adolf Hitler, whose genocidal regime posed arguably the greatest threat this country has faced in its entire existence.

But the truth is the Daily Mail hates Britain more than anyone. It hates its proudest institutions, like the BBC and the NHS, which the Tory Nigel Lawson once described as “the closest the En…glish have to a religion.” It hates public sector workers, who range from dinner ladies to nurses – the pillars of our society. It hates trade unionists, who belong to Britain’s biggest democratic movement. It hates women generally. It hates Muslims. It hates travellers. In its long, hateful past, it has spewed hate at Jews and gays and Irish.

It really is just one big inky fountain of hatred. But for too long we’ve ignored it, almost like an eccentric misguided relative, stuck in a bygone era, but largely harmless. In reality it is a poison in public life, bullying and blackmailing anyone and anything that gets in its way.

So let’s strike back. On Sunday, all the people hated by the Daily Mail – that’s pretty much all of us – are going to turn up at their headquarters, loud and proud about who we are. If you’re a woman, a Muslim, LGBT, a nurse, a socialist, a trade union rep, or just someone who doesn’t like hatred being pumped into public life every day, turn up.

This is an upbeat, carnival-type protest, a statement of defiance against bigotry and hatred. So turn up in a good mood, with colourful banners, full of pride about who we all are.

Find out whether or not you are hated by the Daily Mail. Simple test. 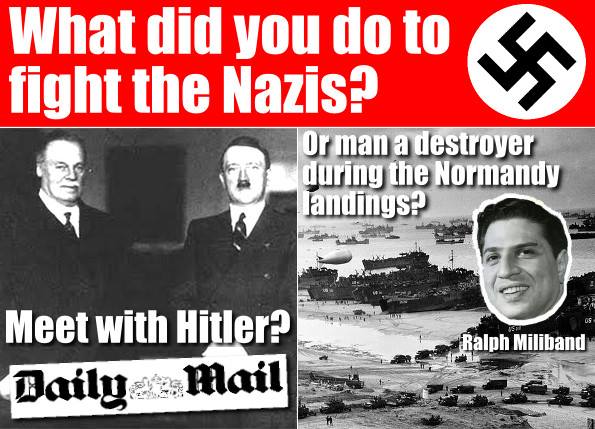