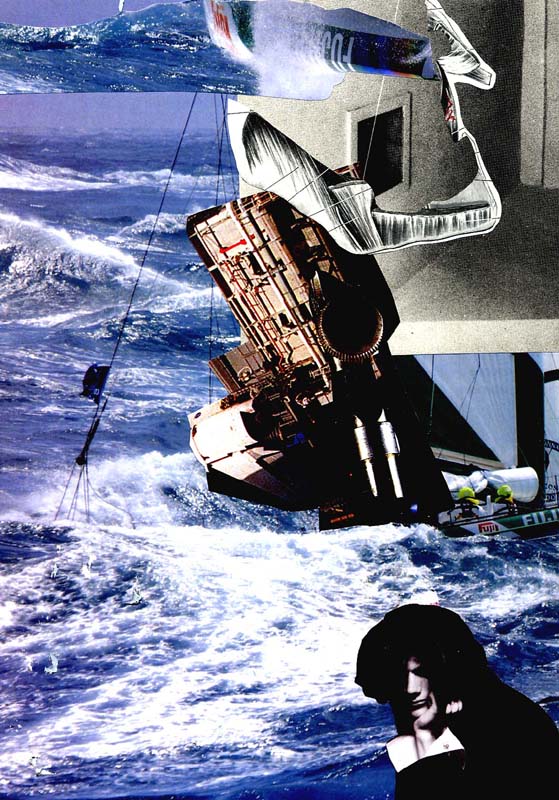 Jerry strolls away from Number 10, waving goodbye to the closing door. He flags down a taxi and heads for the airport, where a private jet whisks him to Moscow, to Washington, to Beijing.

He quite likes this diplomacy lark, the surge of power through each and every handshake. He has a bottle of handwash in his bag, antiseptic wipes in his pocket.

‘Jerry Cornelius Construction will not be held to account for changes in planning laws and building regulations’ says the notice flapping on the school gate. There is nothing else for the mums and dads to see, they take their small children home again and start re-scheduling their day, booking childcare, organising sick leave or working from home.

Jerry is swimming in the Bahamas. He has sold his shares and invested in gold.

Jerry Cornelius does not condone racist violence or hate speech.

But he can’t be bothered to argue or protest.

Jerry was tied to the tracks by Catherine as they acted out their cowboy fantasy. She went back to the ranch, Jerry waited patiently to die, knew the cavalry would not arrive.

Later the same decade, Jerry owns Railtrack and Great Western and has found somebody else to blame. He has also criticised and sued the NHS who failed to sow his torso back to his legs, arms and head.

They cannot even find his patient records! (It’s good to be back from the dead.)

Although Jerry is no creationist he cannot abide sanctimonious atheists and scientists who deny any mystery and sell millions of books that will never be read.

‘Explain this!’ he says, punching Brian Cox in the face on live TV.

Jerry is not sure what’s wrong with that. He will ask his sister, Catherine, after they have made love.

Pope Jerry the First has had new robes designed, and a jaunty new diamond-encrusted hat. He likes living in Italy, and has bought a private palace in Tuscany, away from the bustle and noise of Vatican City and Rome.

He has employed his brother Frank to undertake most papal duties and visits.

How did he get his own way? Bribery, torture and blackmail. The junta enjoyed their time with the priests, and carefully disposed of the bodies.

He will pray for their souls. Maybe.

Jerry does not care. He can never die.

He likes to leap before he thinks.

D’you wanna be in my gang, Oh Yeah!

Jerry drives away from the Top of the Pops studio, waving goodbye to the screaming fans. He heads for the airport, where a private jet whisks him to Moscow, to Washington, to Beijing, to another world tour, to further damning reports…

View all posts by Rupert →
This entry was posted on 23 March, 2017 in homepage and tagged AC Evans, Rupert Loydell. Bookmark the permalink.