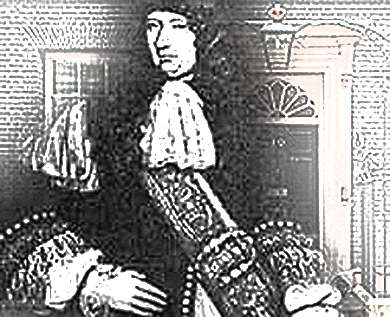 ‘So now we are going over to Downing Street,’
Says a TV front man, ‘for their reaction.’
Though no one, in fact, goes anywhere at all.
The TV audience remains just where it is.

A Number Ten spokesperson then reads a prepared statement
Upon which the commentariat duly comments.
A fanfare of false hopes plays out, only to fade upon the wind,
For the building itself has betrayal in its fabric.

Sir George Downing, Oliver Cromwell’s spy, changed sides
At the first indication of Charles II’s restoration
Then proceeded to track down his old colleagues, the regicides,
And had them all arrested and taken to the Tower.

For having had his former friends hanged, drawn and quartered
Downing was rewarded with some lush acres in Whitehall
Upon which he erected several rows of gimcrack buildings,
Which the cunning Downing would rent out at high prices.

History’s CCTV cameras swivel away from the past to the present
Catching each new PM saying as they enter Downing Street,
‘I’m grateful to the British public for the trust it’s placed in me’
Only to exit as treacherous failures with burgeoning pockets.

One Response to Downing Street