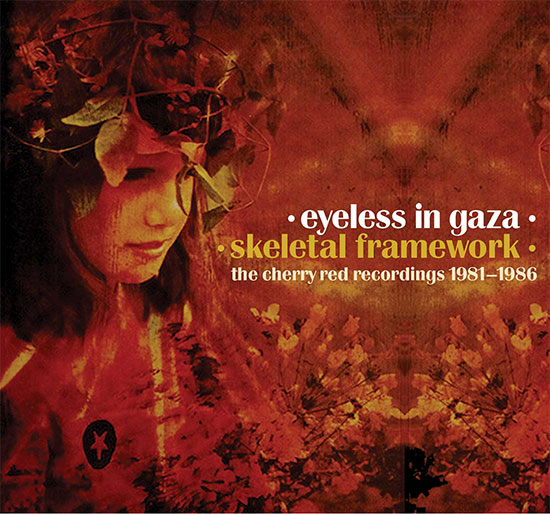 What do you do with the recordings of a band who long ago left your record label but refuse to go away, instead starting their own record company and using that and others to continue releasing new recordings to a growing public; not to mention the continuing interest in what we now call post-punk? The problem is particularly difficult if you’ve released cheap reissues of the original albums and a couple of best-of CDs, not to mention consistently placed tracks strategically on as many compilations as you possibly can.

Eyeless in Gaza and Cherry Red have come up with a great solution: a box set of CDs which each works as a thematic playlist of their work, which means fans like me get to hear the music in a new way, with new neighbours, new contexts, different album dynamics. So we get ‘Rock and Rhythmic’ material on CD1,’Pop Tunes’ on CD2, ‘Ballads and Similar’ on CD3, ‘Atmos-Songs’ (atmospheric stuff, with what the sleeve notes in the booklet call ‘a churchy, contemplative feel’) on CD4, and ‘Experiments and Improv’ on the final CD.

Of course, these are pretty loose groupings, which is good, since most Eyeless in Gaza albums from their first – Photographs of Memories – onwards, included strange love songs, noisy rants and atmospheric interludes, although there was definitely a point later on where Martyn Bates and Peter Becker aspired to writing great pop songs. Rust Red September and Back From The Rains are both astonishing song-driven albums, and the 12″ single Sun Bursts In – all uplifting bursts of brass and synthesizer and celebratory singing – remains an ignored masterpiece that really should have charted.

Mind you, even then, there were strange experiments and more abstract soundscapes on the backs of singles, released on compilations, tucked away in the corners of albums, or foregrounded on Pale Hands I Loved So Well, originally released in Norway only. I love bands that don’t limit themselves by genre or commerciality, and have loved this duo since 1980, when I first read about them in a Coventry zine and saw them play in a back room at The General Wolfe pub, which was usually a biker hangout. There, with simple keyboards such as a stylophone and Wasp synthesizer, guitar, bass, saxophone and percussion they whipped up a noisy storm of a set, with moments reminiscent of Captain Beefheart (the sax), a distressed folk band, mutant synth-pop or… well, to be honest, they didn’t sound like anyone else. Still don’t.

What was interesting about that time was the extended music scene around Coventry. Despite the media’s focus on two-tone, there were loads of fanzines being published, and loads of interesting bands. Alan Rider not only put out Adventures in Reality but was in the band Stress, whilst Martin Bowes’ zine was Alternative Sounds, and he made music with Attrition (who are still going; and who I also saw for the first time at The General Wolfe – different gig though).

The ongoing interest in, nostalgia for, and critical reassessment of, what has come to be called post-punk, has resulted in a lot of reissues and reprints, including the complete Adventures In Reality zines (along with some spin-offs zines, posters and advertising material), now published as a massive A4 paperback book. I’ve still got the Attrition flexidisc they gave away with one issue in my singles box, and various interviews and articles tucked into album sleeves, including a couple of Eyeless in Gaza ones. To be honest the interviews and articles are better than the brief, opinionated reviews of now obscure tapes or zines, but there’s an energy and openness in evidence, something I miss these days, along with the DIY ethos that facilitated this wave of self-published zines and bedroom tape labels. Everything seemed possible. Everything was possible.

Nuneaton isn’t far from Coventry, hence the digression…  but let’s get back to Skeletal Framework. In addition to hearing the music in different sequences, all those b-sides and Eyeless’ self-released independent 3-track EP, Kodak Ghosts Run Amok, are also included. I think it’s the first time ‘The Feeling’s Mutual’ has been reissued, and it’s long overdue. Imagine Orchestral Manoeuvres In The Dark if they were interesting, lo-fi and subversive, but just as catchy, and you get the idea.

Or you might prefer Martyn Bates’ own description: ‘ur-primitive, this, as two voices spell out an angry murder mystery style dialogue that sounds a spooky note of distant, neutered, suspended animation.’ Yeah, that about sums it up, and allows me to mention the other great thing about this box set, apart from the music, which is Martyn Bates’ notes for each track, in a snazzy booklet. It’s interesting hearing about the interaction between the duo (‘I used to look forward to playing these things that spotlighted the nagging, driving interplay that we could get going between the two of us.’) and how

‘Eyeless always delighted in being naturally contrary, and generally didn’t fit neatly into any one particular musical classification; we were always busying ourselves being spontaneously eclectic and, I suppose, to a degree, somewhat awkward…’

I don’t see it as awkward, just inquisitive and open. Be it Gregorian chants overlaid with haunting percussion (‘Sheer Cliffs’), disfigured blues, self-sabotaged pop, ‘a hiccuping Wasp sequenced line’ (‘Invisibility’), ‘Pete doing something astounding, using the bass guitar as a snare drum’ (‘Continual’), haunting abstract soundscapes, or ‘Pete playing two synths while a stylophone and soprano sax attempt to nail something else to it all somehow’ (‘Fixation’),  Eyeless in Gaza were always moving on, trying new ideas, absorbing new ideas, making new music, as Bates notes:

‘we moved so fast back then […]at several points our whole sound would change from one set of gigs to another. Sheer adrenalin.. so many ideas to get out there!’

Eyeless in Gaza never had too many ideas, never had enough exposure, fans or media attention., but finally it seems more people are taking note. Skeletal Framework is an intriguing experiment in re-examining and re-presenting five years of innovative and original music. 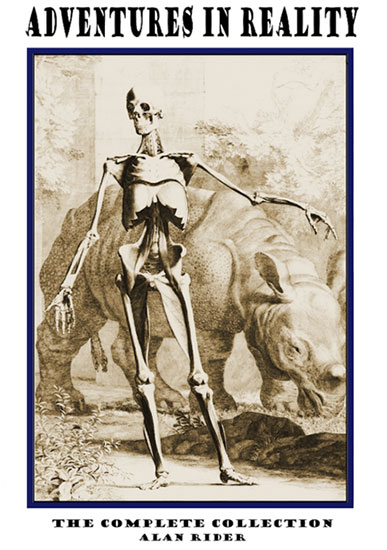 Tweet
Tweet
This entry was posted on 16 July, 2022 in homepage and tagged eyeless in gaza, Rupert Loydell, Skeletal Framework: the Cherry Red Recordings 1981-1986. Bookmark the permalink.