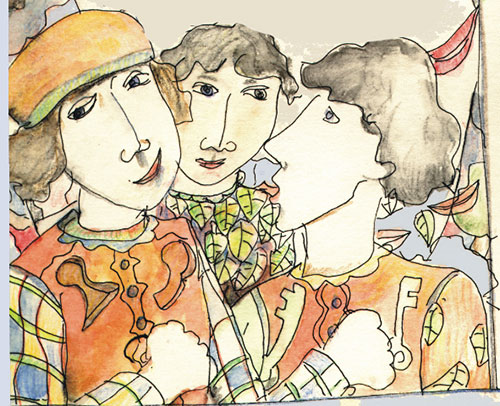 Where the cliffs stoop down to kiss the sea, we can only speak in echoes. Some say there’s no such thing as society, others say we’ve never had it so good, but we are tapes decaying from overuse, repeating sounds and spaces as words flake and fall like sea eroding stone. Ghost voices tap through the waves and the warning signs, with platitudes and attitudes of indifferent superiority, claiming that after the avalanche we will build back better, or bitter, and butter wouldn’t melt in mealy mouths that batter brains with storms of echoing ego. Cliffs stop the sea and some say we’ve never had society, there’s no such thing as good, or God, or ghosts, and though coastal erosion will cost the earth, we’ll all be ambushed by cake when the tape breaks.

Tweet
This entry was posted on 11 June, 2022 in homepage and tagged nick victor, Oz Hardwick. Bookmark the permalink.