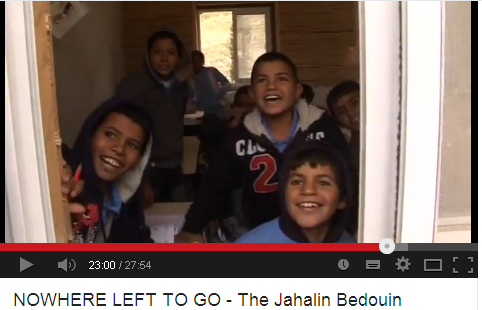 A film by Angela Godfrey-Goldstein

I kept writing to my friends or colleagues who ask me about the situation and how we are? that we are physically safe so far but it’s really heavy. Waiting and waiting, all the news and sounds of bombing, all pictures of death and bombardments … it’s too frustrating and frightening. Children are getting mad of the continuity of the aggression and they feel more nervous and stressed. It’s an example of hundreds of thousands of children and families, who are still safe! Then what it mean for those who lost their families or children, houses, displaced ones and so on?

Beside all, its Ramadan time, summer, no electricity most of the time, with long and scarring nights. They start to hate night and darkness more than ever as most of bombing happens after midnight…
Sorry to write this much, but it’s a little summary of what people face here in Gaza …

Today, they announced humanitarian cease fire for 5 hours. It was a chance to go and make some shopping and visit some place to have a look as it’s a break. My daughter Yara, 13 years old insisted to join me. We went by the car and I realized that she put her head out of the window! She never did this, I asked: what are you doing? Why? She said: “I want to breathe as much as possible, to take as much as Oxygen.” She looked happy as if she is traveling for the first time in her life to anew country / place in a vacation. “I miss the street, seeing people and feel a life” she said. I stopped the car and we start speck up:

“To be at home for more than 10 days, to be away from your bed, to sleep after sun rise each day, to loss all your daily habits and activities, not to be able to read, play music or to relax or even to take shower in normal way as its hot, no electricity and its Ramadan, it’s not too much for us? It’s not enough what happened? Until when and what? And after all why? ”

Our dialogue continued and she spoke abet about the moments of fear and anxiety she is living with each bomb day or night specially at night and mainly when its dark, telling about her acting of being strong sometimes avoiding to add to the atmosphere or affect more her brother Adham (18 years old) who refused to go with us as he don’t trust the BREAK as his memory hold an experience of attacking people within this kind of time during last aggression ( one and half year ago) while Adham himself  kept saying last days “I miss the street”

We came back home, at 15:00 o’clock, the break was finished and attacks started (continued), another 3 children were killed and then others. This lead us to open a discussion at IFTAR time (evening) about the 4 children were killed at the beach yesterday: was is a carelessness from them or their families to let them play outside within this situation? Or it was there right to play as they should be out of this violence?

What do you think?

My friend (a professor) who spoke of his neighbour’s house being blown up (60 metres away from his home) talked to me this evening about it on the phone.  He was coming home when he saw the “warning knock on the roof” – a small explosion.  He had some 20 neighbours coming to sleep with him as a result.  And being Palestinian, had to give them food and drink and didn’t have enough in the house.  So he sent his son out to the corner shop.  Knocking on the door, of the closed shop, the owner of the place called out “Abed, are you crazy, go home fast.  It’s too dangerous to be outside now..!!”  Anyhow, my friend is going to email me statements of his daily life, too.  Of course they’re not sleeping.
Angela Godfrey-Goldstein

———–
Dear Nancy Dear Bill and Dear Don,
How are you all , we hope that you’re doing fine Inshallah.
We’re writing now and on the 7th day of horror , collective punishment and humanistic catastrophe , more than one thousand were injured, about 170 were killed the majority are children , women and seniors , lots of homes were demolished and destroyed , you can hear the kids’ screaming everywhere because of the airstrikes, and as usual the civilians pay the price, they don’t have shelters , and now they’re heading schools that are already un safe and were being hit before in the previous wars , considering that Israeli forces are now hitting even hospitals , ambulances , associations including handicapped ones on their habitants.
Entire families were killed and wiped, families remained without parents , homes demolished over its habitants .
Egypt is preventing the entry of injured to be treated and on the other hand preventing external medical delegation to enter Gaza
Therefore we’re calling on the sympathy, solidarity and support of our sincere friends