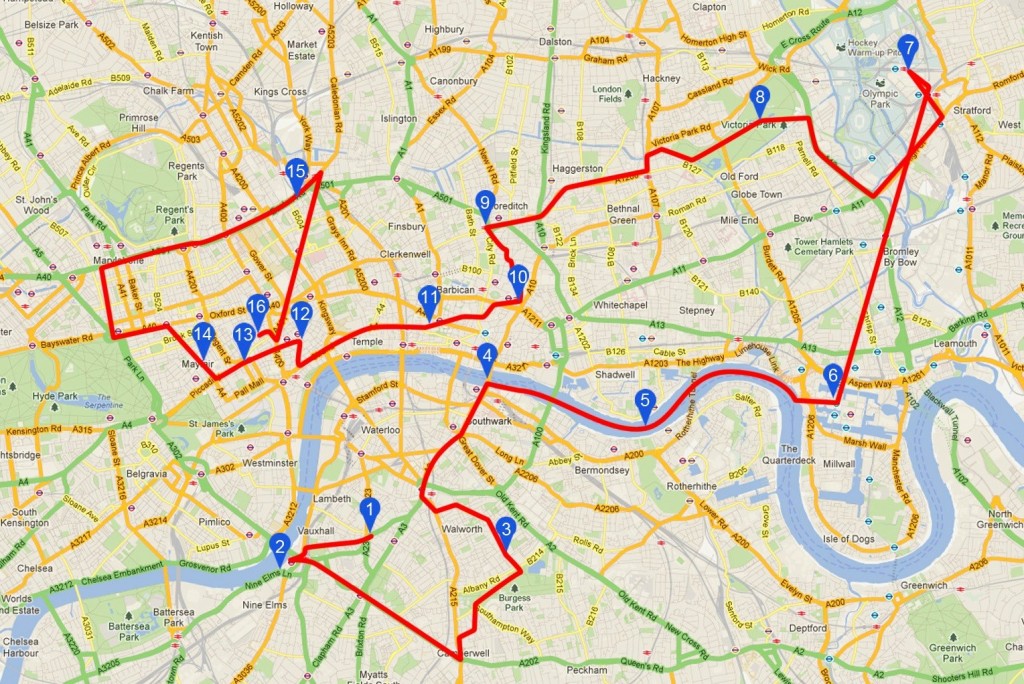 The contemporary city increasingly resembles Le Corbusier’s
image of a ‘machine for living in’: a place constructed around
work, the economy, and the accumulation of capital. And as
the urban environment is increasingly privatised, the space
of the city has become more prescribed (pre-written), with
the main, if not exclusive, purpose of making and spending
money. As a result, the majority of city dwellers live out their
lives along a well-inscribed triangle running between home,
work and the repeatedly revisited sites of consumption.

However, although the function of urban space is
dictated by its design, the relationship between space and
use is not as fixed as the architect, property-developer,
owner or State would like us to think. We are still able to
appropriate these spaces – to ‘misuse’ them – and, for a
moment, reclaim them for our own ends. The act of reading
texts in the urban environment, and therefore of performing
them, is one way of doing this.

To this end, we have brought together texts written
around the relationship between space and place in the
urban environment. These range from the sociological and
political to the poetic and the performative; but all reflect on
the diverse experience of the city.

The distinction between space and place brings into
focus something peculiar to the contemporary city.
Space is a commodity. It has dimensions and can be
measured, packaged, advertised and sold. Its political,
economic and geographic boundaries can be demarcated,
negotiated or fought over, reducing our relationship to the
city to one which is quantifiable. Space is generic, without
inherent qualities. ‘Public space’ is the buzzword of every
developer and urban planner, but means practically nothing,
as it has no real qualitative distinctions, merely generic
legislative requirements in new urban developments for so
many benches, fountains or works of public art.
Place, by contrast, is specific and relational. It has a
social history and qualities produced and reproduced by the
actions of its inhabitants. Place has a temporal dimension; it
is where memories are created and reside, named and
identified. It is through this temporal aspect that we engage
with places as inhabitants of the city, and it is through both
their physical occupation and our engagement with them in
time, that their specificity is created.

Space is to place, therefore, what language is to the
spoken word: the abstract legislator of its concrete
articulations. The act of geopoetry – the reading of a text in a
public place – is a transgression of the designed function and
intended use of that space, opening it to other readings.
We want to do to space what poetry does to words.
Our plan is to perform these texts at different places in
the city in which we all live, London. The point of these
readings is not to use the selected sites as background,
illustration, context or stages to the texts, but to use the
texts to articulate these places, our passage between them,
and the journey they compose. This journey, on foot, bike,
bus, boat, tube and taxi, from one place to the other, is as
much a component of a geopoetry reading as the texts
themselves. The footsteps of the geopoetry walker are like
syllables in the words of a poem, articulating, like the click of
the tongue in the mouth of the speaker, the form of the city
they cover. The poetry of the reading is not in the text but in
the act of reading itself.

POETICS A theory and practice that locates poetry in the place and performance of the text.