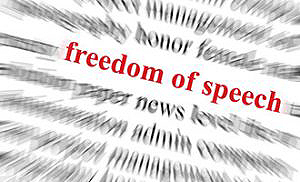 During the 80s, grandfather had the habit of listening to Radio Free Europe on a crackling wireless which worked only if bashed about a few times. I understood very little of what was said in news bulletins and documentaries, but some words kept coming up in conversations he’d have with friends at the village pub. Over a couple of beers, it felt as if their banter about freedom, dictatorship, justice was a disguised form of perversity which made no sense to me at that time.

Even now, recollecting those Friday catch-ups, their invectives sound pointless, though I’ve tried numerous times to find out what they were actually upset about. It must have been mid 90s, after grandfather died, when searching through a pile of his old stuff I found this:

Modern dictatorships come about gradually through policies which limit the access to information, books, art, and support an education system reliant on overheads, statistical outcomes and hierarchical leagues. They emerge in communities that support equality and diversity while slowly reducing the means which offer disadvantaged people and their families the benefit of services with real impact to their lives.

Modern dictatorships embed themselves in services which monitor and limit freedom of speech, and flag out people who disagree (or have the potential to disagree) with official discourses; they also produce political directives to serve partisan interests, while dominating the public discourse with narratives designed to create fear and panic.

Modern dictatorships ask citizens to report friends, colleagues, neighbours, and scrutinise differences between people instead of promoting inclusion and common purpose; they also make people obsess over how bad things can be, when they should stimulate creativity and learning. If people are born equal, they should develop equally. This cannot happen when they are scared. There is no progress after punishment, just pain and bitterness.

Tweet
This entry was posted on 1 February, 2020 in homepage and tagged Maria Stadnicka. Bookmark the permalink.