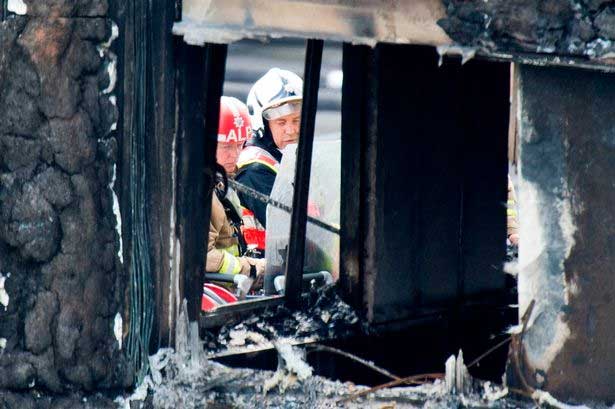 WHERE HAS THE £19m DONATED TO GRENFELL VICTIMS ACTUALLY GONE? The British people donated enough money to give each Grenfell household around £150,000 – BUT THE MONEY HAS DISAPPEARED. The ‘official’ story is that it has been given to “THE LONDON EMERGENCIES TRUST” which is not a ‘trust’ nor a ‘charity’ but is in fact a PRIVATE COMPANY who calls itself ‘LONDON FUNDERS’ which is listed at HM Government Companies House as having “44 Officers” – however, only 11 people are in active roles – the rest have RESIGNED. The official Companies House listing says there are NO PEOPLE or OFFICERS WHO HAVE SIGNIFICANT CONTROL over the so called “LONDON FUNDERS” private company who started a new ‘front’ organisation in March 2017 called the ‘London Emergencies Trust’. No senior patron – such as a Lord, or a Judge, nor a member of the royal family – not even an accountant is in charge – no one is listed as being ‘in charge’, even though Grenfell residents are being told that the £19m donated to them by members of the public has now mysteriously been given to this private company. Only a tiny fraction of the £19m has been given FOUR MONTHS AFTER THE TRAGEDY. By the way, that £19m generates at least £190,000 per year @ 1% interest, in other words, more than £15,000 per MONTH is generated in interest from these donations – WHERE HAS THE INTEREST GONE? No Grenfell survivor has been asked permission, nor told anything about why this money – which could help all the residents re-boot their lives – is being banked, or who is indeed in charge of it.

One Response to Grenfell Fund?