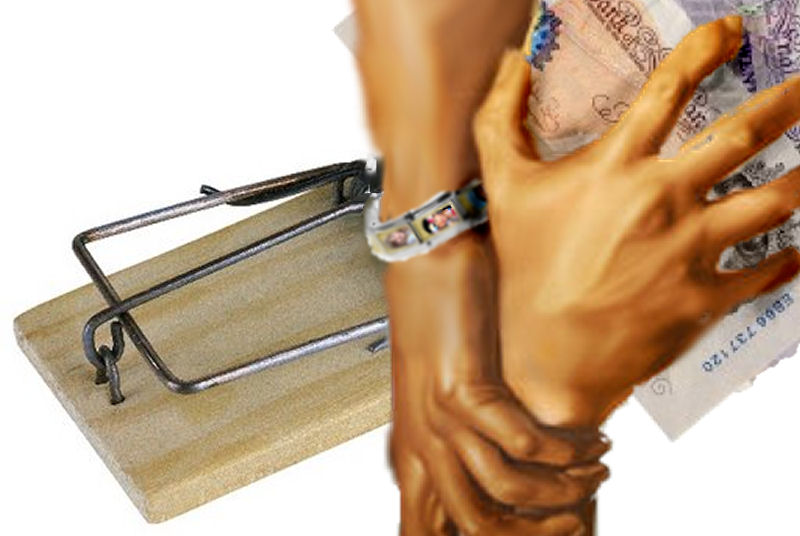 Ingenuousness in the invention of new labour saving devices is a much valued talent that, given its head, would have us permanently lying upon our backs with our legs atrophied to the condition of burned out matchsticks and our fingers presented with a bank of switches to press should we require anything.

This terminal state the last gasp before the whole species disappears into a black hole of decadence.

Black holes themselves however, are a subject only learned astrophysicists are capable of dealing with.

Smith, a weirdo, is sitting in a café with his friend Caspar. Caspar lives somewhere out across the flat marshy plains of Norfolk, but frequently comes to town. He has for some years been possessed by the science of Astrophysics and his conversation is peppered with stars, orbits and parsecs; now he has raised the subject of black holes.

‘There may be as many black holes as there are stars,’ he says, ‘they just haven’t all been discovered yet.’

He looks quizzically at Smith, as if waiting for a response; but Smith is reluctant to venture an opinion since he knows little or nothing at all of the subject. Disappointed, Caspar continues.

‘In fact each star may have a black hole as its counterpart, a kind of anti-star.’

Smith knows only the basics of black holes; certainly not enough to engage with Caspar who has been boning up on the subject for years, but he struggles with these concepts and in the process glances over Caspar’s shoulder. Caspar’s voice fades in his ear as he becomes fascinated by the sight of a man in the far corner of the café who is avidly and unashamedly picking his nose. The end of an index finger disappearing one after the other alternately up either nostril. As he watches, Smiths mind is making many subtle astrophysical connections and Lo! An entirely new vision flashes into view. Now he can engage Caspar with an alternative theory.

‘Black holes are the nostrils of God,’ he says. ‘breathing in light and breathing out through the stars.’

‘Well, don’t let’s get mystical about this,’ says Caspar, looking offended at Smith’s apparent flippancy. Smith’s mindset however, refuses to accept the pedantic limitations of science.

‘You must admit,’ he says, ‘that black holes are singularities.’

‘And the reason for this,’ Smith goes on. ‘Is that God doesn’t pick his nose.’

Smith can see that Caspar is now on the point of leaving. This as far as he is concerned has gone far beyond mysticism and is now verging dangerously on the grotesque. But nothing can stop Smith now. ‘And after all, he started it,’ he thinks, and gives Caspar the rest of it.

‘Humans require two nostrils in order that they can pick one and breath through the other; with but a single nostril they would certainly asphyxiate themselves, and would undoubtedly do so were they foolish enough to attempt picking them both simultaneously.’

‘Well as a matter of fact, yes, I do,’ returns Smith. ‘Just imagine a man of small brain trying to do this, say on a tube-train; struggling for breath without the sense to remove at least one finger from his nose.’

But Caspar is not in the least amused and chastises Smith with a bit of highly toned pedantry.

‘He could just breathe through his mouth,’ he says dismissively. Then, having brushed off Smith’s flight of whimsy he continues his discourse.

‘Black holes are accumulators, drawing in with their immense gravity all matter within the radius of their power. Thus growing ever larger over the billeniums until their density and subsequent gravity reaches a critical point and implodes upon itself in a cataclysmically big bang, radiating outwards in a stupendous burst all the wealth accumulated over countless eons.’

He allows a small silence, and then, while Smith is still reeling from this visionary scale, he delivers his finale.

‘Is it any wonder that in the process island universes are created?’

The sheer scale of Caspar’s cosmology puts a stop to any idea of Smith mentioning his nose-picking machine, which he had mentally been inventing while giving but one ear to Caspar’s exposition. A motorised rubber finger fixed beneath the nose and secured to the ears like spectacles.

‘It could even have two speeds,’ he thinks, a labour-saving devise to join all similar objects of futility… electric toothbrushes; can openers and not least the heinous vacuum-cleaner to name but a few. However, he makes no mention of this, deeming it wiser to concede Caspar’s point for the moment.

I’ve never heard of that theory,’ he says.

‘Well I haven’t quite finalised the mathematics yet,’ admits Caspar.

Smith now considers that the subject of stars, galaxies, red-shifted spatial expansion and so on have been elegantly dealt with by Caspar and he now free once more to digress. However, it will require some subtlety.

‘Let me know when you have the figures,’ he says diplomatically, but meanwhile let’s get back to the subject of noses.’

Smith’s subtlety has failed however and Caspar looks a little put out, but Smith plunges on.

‘As it happens I have just invented a nose-picking machine, it could be fixed to the ears and…

View all posts by David →
This entry was posted on 11 July, 2013 in homepage. Bookmark the permalink.