Artist and inventor Peter McAdam is quizzed about his new software invention – the iCoda.

What was the spark that inspired you to invent the iCoda? Was it something you were searching for or stumbled upon?

It’s funny, but I guess it was a drop of water rather than a spark, a leaky pipe in my utility cupboard suddenly burst: unfortunately in this cupboard I kept all my old photographs, letters, correspondences, documents all kinds of ephemera.

Retrieving the contents I dried out the photographs and discovered as I peeled them apart, images transferred onto other images, and, rather than being grieved by my childhood being washed away, I was totally fascinated with the textures and chance juxtapositions of the photo transference.

Excited by this new and strange ‘archive’ I scanned in the images, documents etc. and started layering them in Photoshop. It got me thinking that a surface such as a photograph never stops recording i.e. damage, folds, fading etc. and through my research I came across an old medeavel technique called palimpsest, which condensed all my thoughts and theories of what memory transpires to be. Basically people used to write their letters on animal skin with ink, then after the recipient has read the correspondence they would “scrape” off the ink and write the reply, and eventually the surface of the animal skin, after being used many times, would be made up of layers of residual markings.

This reminded me of the flood-damaged photos. 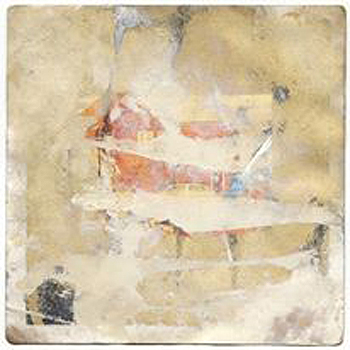 Continuing on from that, was it a scientific/technological or artistic inspiration that was the driving force behind it?

I was commissioned by Inspire Northumberland to make a short looped video for their information portals in and around Northumberland.  The video, Tapestry, was a slideshow, using this new technique of the palimpsest I had discovered; images fading in and out with poetry in the form as text to explain my ideas associated with memory. As I was documenting the video in situ I noticed visitors entering in clusters, one moment it was quiet then suddenly a handful of people would come in and start chattering. As I photographed the people and the plasma screen I suddenly got the idea: “what would happen if their sound initiated the images and brought forth layers of hidden images?” I then got the idea for a new media project. 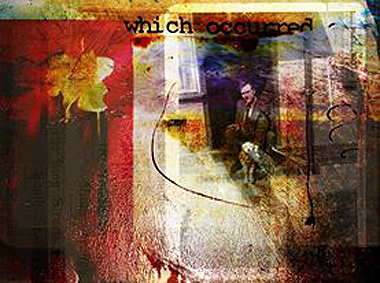 As always with such discoveries, it’s often not easy to get them funded. Can you describe the background story, or perhaps struggle, of trying to get a discovery like this off the ground? And any advice for other aspiring inventors?

Well it’s been a bit of a long journey for me. I got the idea about 10 years ago and had to wait for technology to catch up. In the meantime I was pitching it to Innovation Centres, applying for Business Grants but it was Catch 22: “We need to see it” was their reply although they got the concept. Maybe in retrospect I didn’t really push it as it was one of those Big Ideas sitting in the back of the room till it was the right time to show the world. About 5 years ago I pitched it to Digital City in Teesside and they believed in it and gave me a fellowship grant to make the prototype. I paid a programmer to build it in Java; I must stress I have no programming background but I did draw schematics of how it works. Then I saved up my pennies, mainly from doing time based installations using the protype and got it upgraded using C++ and showed it at Thinking Digital 2010. Again lots of great responses but people still wouldn’t invest.

After hawking it around and getting no funding I again saved up some money and released the bare bones of it for iOS iphone and ipad with my Palimpsest images, the sound input came from the mic on the smartphone. 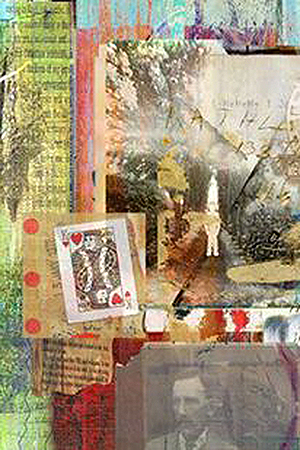 I tried all the grants, business angels, loans but just couldn’t raise 10k to get the open version made. I must explain the iOS bare bones version is a locked version which means you can’t get in and add your images. With my new version you can choose music and add your own images.

I signed up with a local production company to give them full license to exploit the IP for 3 years and they said they would invest money and get the open version made – unfortunately they never invested and it didn’t work out between us.

Eventually my family chipped in some money (to stop me whingeing) and  with the help of a good friend I have raised 70% of the development. I am still 3k short and 10k short of a website.

The invention seems very creative in terms of producing images and art through sound and technology and making art accessible to all. Do you think manufacturing this into an app will make potential artists out of anybody who uses it?

First off, I’ll explain what iCoda does. Basically it mashes up images from the amplitude and duration of audio, with the user being able to add images and tracks before creating random synchronisation to ensure unique experiences for users and audience members.

The new version I am developing, and still need 3k for, is going to be awesome. It’s actually going to be an icoda creator, so you can add your images, music, or sound from the mic and build a session, once you like the image-sets you’ve added you can then “wrap” the session and post it as a self contained app. But when you open it every time it’s always going to be random and there will be command functions to manipulate the images.

Bands can add their latest audio masterpiece, add photos, then wrap it then post to sell or share, so they can earn revenue from their creations. And because of the screen capture option fans can create their own screengrabs for print outs, screensavers etc.

Museums and galleries can add their collection, screen it on a plasma and there you have an ambient screen art,  showing work in a different way. Film Production companies can use it as an alternative crowdfunding campaign, by adding images of the production, samples of the script, artwork then add the soundtrack so people can download it for a nominal price and this goes to the makers to fund the actual film, it’s a souvenir app. in a nutshell.

Poets, novelists can record their voice reading extracts, add images associated with the text, it becomes a nice collectible teaser.

My market is the untapped creatives, the market of ideas that can’t get any finance, the unsigned band, the indie filmmaker, the self published, and because I am not a corporate there are no sneaky add ons or advertisements etc. People buy the app. they create and sell – everybody wins.

The art you have produced yourself via the iCoda is stunning and evocative, combining colour, photography, movement, sound, dream and memory. Can you describe in a sentence or two the chief merits of this invention?

That’s a toughie as I tend to waffle till people leave the room, but here goes….my thoughts always return to the flood damaged photos and the meaning of the word which inspired me:

Palimpsest:
A manuscript or piece of writing material on which the original writing has been effaced to make room for later writing.

Something reused or altered but still bearing visible traces of its earlier form. 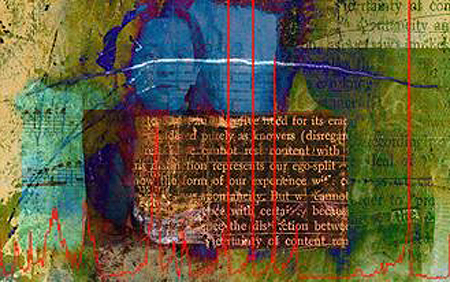 Peter is currently trying to raise money to get the icoda finished and build a website for everyone to sell or share their creations.

Check out his crowdfunding campaign: http://www.sponsume.com/project/icoda

and here is the FREE version of Peter’s iCoda: Palimpsest
https://itunes.apple.com/gb/app/icoda/id439249073