When architectWalter Gropius founded theBauhaus school in 1919, his utopian manifesto proclaimed that minimalism and a fusion of fine arts and craft would “one day rise heavenwards from the million hands of craftsmen as a clear symbol of a new belief to come.” Only 700 students attended the Bauhaus during its short, 14-year lifetime, but the school’s design philosophy eventually reached millions. Bauhaus teachers and students scattered worldwide when the Nazis closed the school in 1933, planting their alma mater’s streamlined and modern seeds far and wide.

April 1st marks the school’s centenary, and while the Bauhaus mantra was “less is more,” there are abundant destinations where visitors can see the eccentric academy’s design influence. Below, we highlight eight visitor-friendly spots that tell the Bauhaus story, from a glass-encased shoe last factory to geometric private homes. 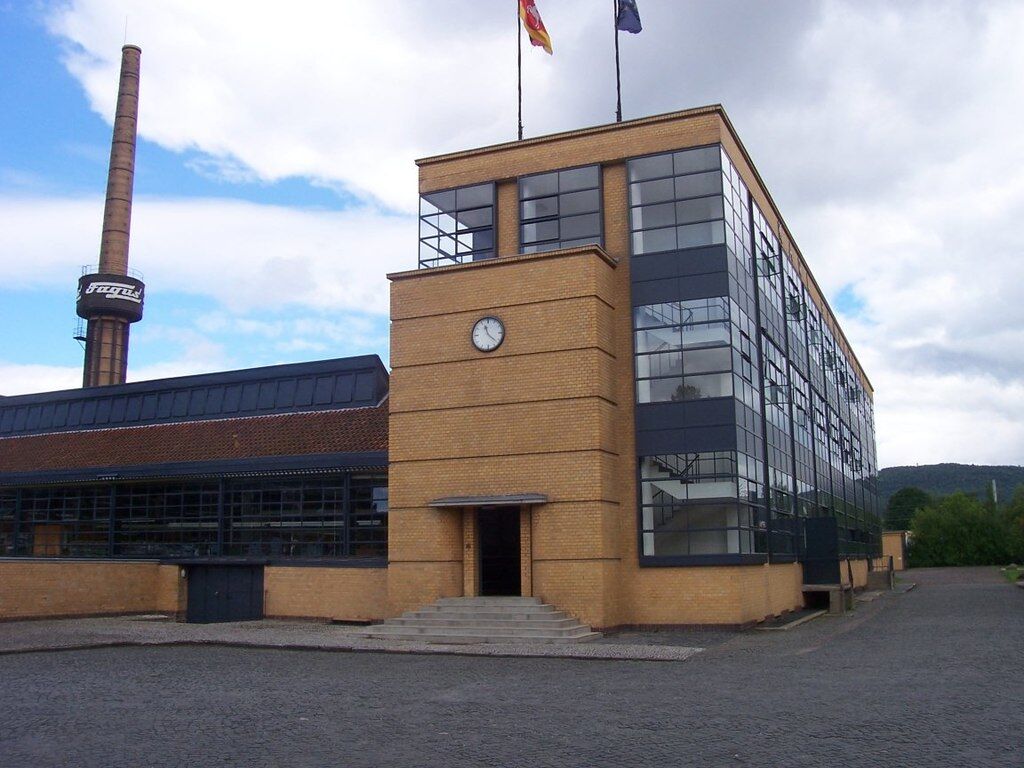 Back when the thought of founding the Bauhaus was just a glimmer in Gropius’s eye, he designed the Fagus Factory (1911), a shoe last factory in Germany that foreshadowed the concepts he would later bring to the avant-garde academy. The nature of the project—an architectural space for craftsmen—echoed the Bauhaus’s marriage of art and craft. Gropius designed the Fagus Factory as a space that maximized sunlight and fresh air for the workers, in order to improve productivity.

Gropius lined the exterior with revolutionary curtain walls of glass. It was a feat of both design and engineering: To replace conventional load-bearing exterior walls with thin window sheets, Gropius placed reinforced concrete columns inside the buildings. The factory’s 10 structures have been listed as a historic monument since 1946 (unusual for industrial buildings), and are still operating. 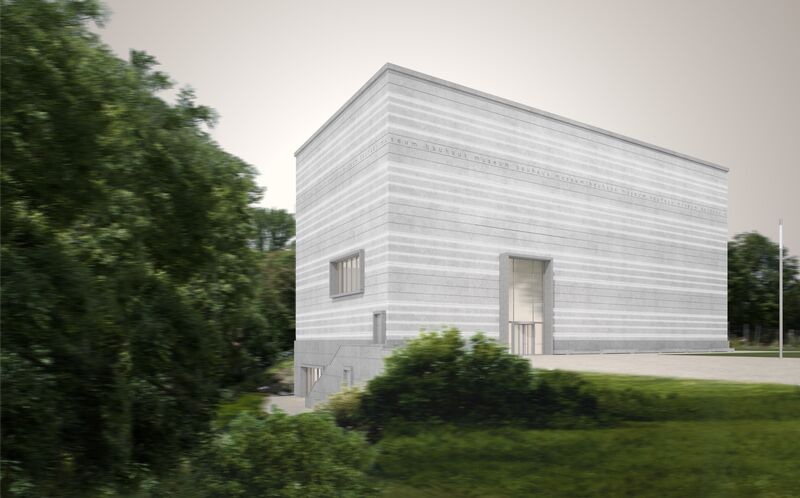 The Bauhaus migrated between three German locations during its brief existence, but its birthplace was in the culturally rich city of Weimar, where it operated between 1919 and 1925. The city is fêting the groundbreaking modernist school with a revamped museum opening on its anniversary.

In his founding manifesto, Gropius proclaimed: “Let us strive for, conceive, and create the new building of the future that will unite every discipline, architecture and sculpture and painting.” And so, he invited a host of artists from a smorgasbord of disciplines to join his project as teachers, among them Lyonel Feininger ,Wassily Kandinsky,Paul Klee,Oskar Schlemmer , andLászló Moholy-Nagy. Their creations now fill the Bauhaus Museum Weimar, which boasts the oldest museum collection of Bauhaus workshop works.

Weimar’s Bauhaus Museum wasn’t designed by Bauhäuslers, but the nearby Haus am Horn (1923) on the Bauhaus-Universität Weimar campus is an early example of the school’s architecture. Planned by

Georg Muche , this sleek, cubic home was the first building designed in the Bauhaus architectural style. 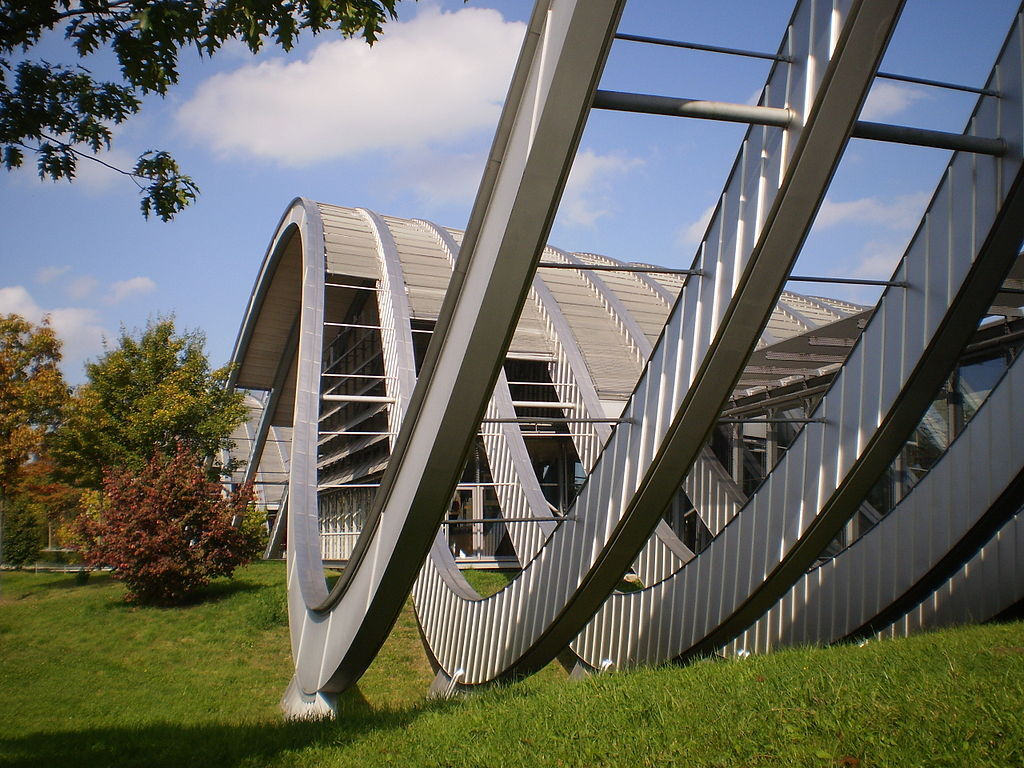 Together with his friend and neighbor, Kandinsky, Klee was one of the longest-standing “masters” at the Bauhaus, teaching there between 1921 and 1931. Klee first landed on Gropius’s radar when he wrote “Creative Credo” (1920), with the oft-quoted opening line: “Art does not reproduce the visible; rather, it makes visible.” Gropius was intrigued, and invited the Swiss-German artist to Weimar.

As a teacher, Klee’s approach was theoretical—like Gropius, he believed that art was intuitive and couldn’t actually be taught. But nonetheless, he led a range of workshops at the Bauhaus: bookbinding, glass painting, weaving, and painting. Klee’s time at the Bauhaus was productive for his own work, too. While there, he wrote around 3,900 pages of teaching notes that he eventually compiled as Pedagogical Sketchbook (1925). Klee’s notes, archive, and an extensive collection of 4,000 artworks are kept at the artist’s museum in his native Switzerland, Zentrum Paul Klee, which was founded by the painter’s grandson and designed by acclaimed architect 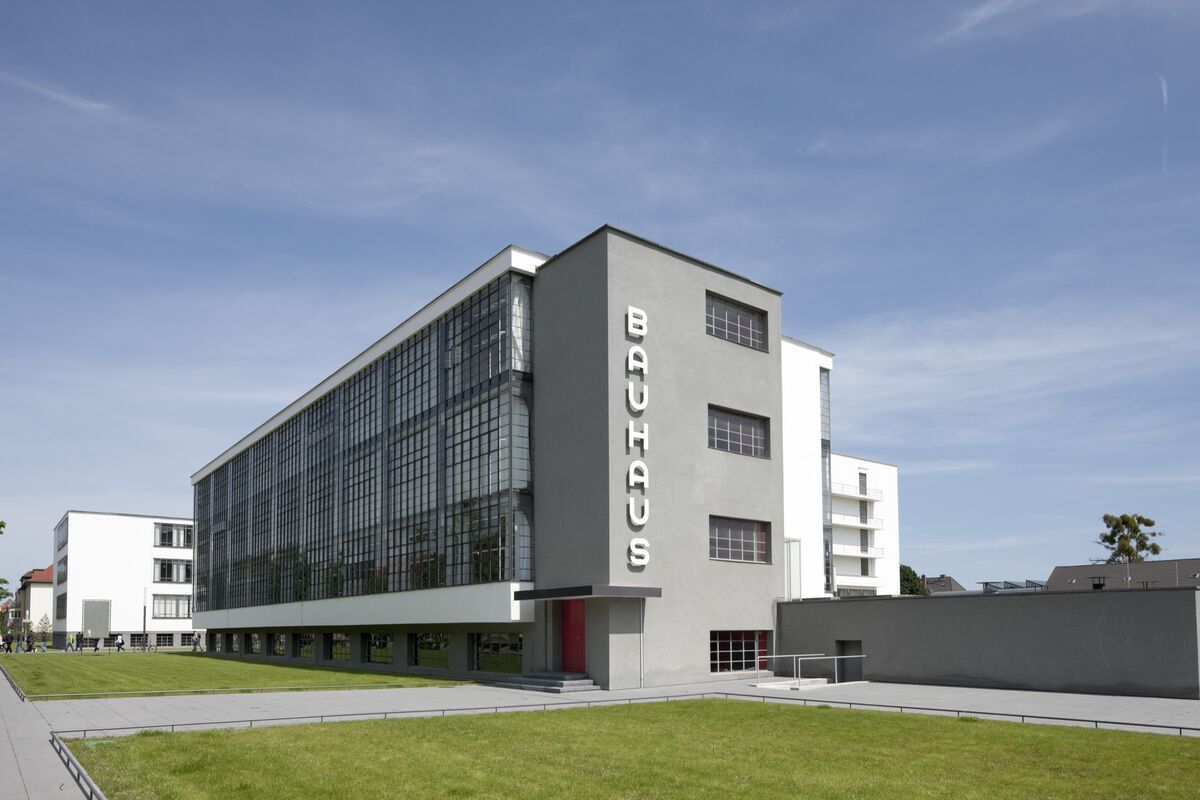 When the progressive Bauhaus’s relationship with its conservative Weimar home began to sour, Gropius looked for alternate school venues. The municipality of Dessau, an industrial town that housed the Junkers aircraft factory, made him an alluring offer: prime real estate and funding to build a modernist campus. He agreed and quickly got to work in 1925, designing an asymmetrical, propeller-shaped building that was as intriguing from a Junkers’ aerial view as it was to grounded pedestrians.
“With the development of air transport the architect will have to pay as much attention to the bird’s-eye perspective of his houses as to their elevations,” Gropius wrote years later. The school embraced the latest technologies, both in its physical campus and the concepts taught in its workshops.

The school’s students and youngest teachers were entrenched in Bauhaus ideology day and night, by virtue of their residence at the Prellerhaus, a Gropius-designed campus wing that combined studios and housing (and was among the first student dormitories in Germany). The five-story building had 28 modestly sized studios inhabited by creatives such

Josef Albers,Anni AlbersMarcel Breuer, and Marianne Brandt . Today, the studios have been restored down to their original floor plans and furnishings, and overnight stays can be booked for an inexpensive €40–65 per night. (Be forewarned, though, that this is a genuine historic experience: There are no televisions, elevators, or hair dryers, and bathrooms are shared à la Bauhaus.)

Master Houses of Kandinsky and Klee 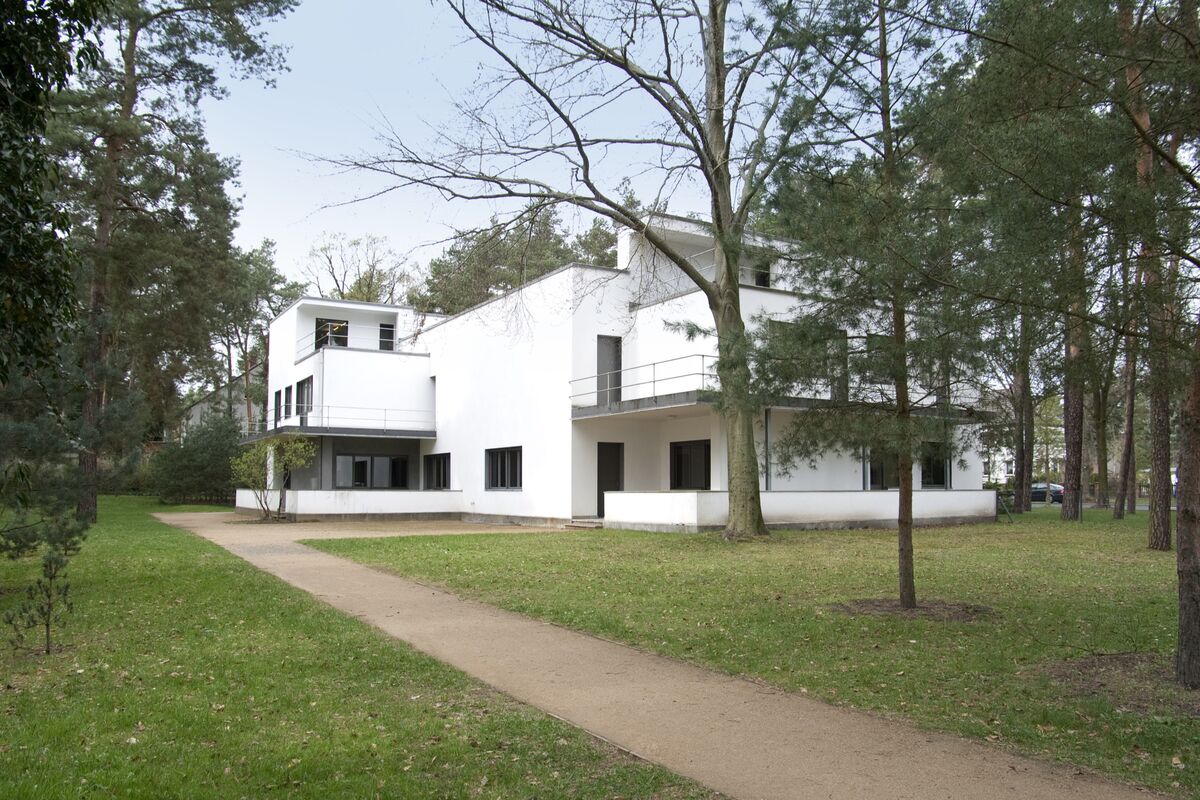 Living in a 20-square-meter studio at the Prellerhaus was fine for students, but the Bauhaus faculty got an upgrade. Gropius designed a spacious director’s villa for himself and his wife, Ise, and planned for the school’s teachers three pairs of interconnected modular houses—white, flat-roofed cubes with large windows that streamlined construction by using industrially prefabricated elements. These Meisterhäuser (German for “Masters’ Houses”) meshed studio space with middle-class comforts, like built-in cabinets and modern appliances.
These were novelties for some of the residents, who were accustomed to more sparse, bohemian lifestyles. Before moving into his new home, Schlemmer wrote to his wife: “I got quite a shock when I saw the houses! I imagined how one day the homeless would line up outside while the gentlemen artists went sunbathing on the roofs of their villas.” Kandinsky and Klee, who shared a semi-detached Masters’ House for five years between 1926 and 1931, matched their homes’ interiors to their aesthetics; both of them tinted their austere surroundings with the bright, contrasting colors that filled their abstracted modernist paintings. The two artists had been friendly since they first met in 1911 and socialized often, taking riverside walks together with their wives. 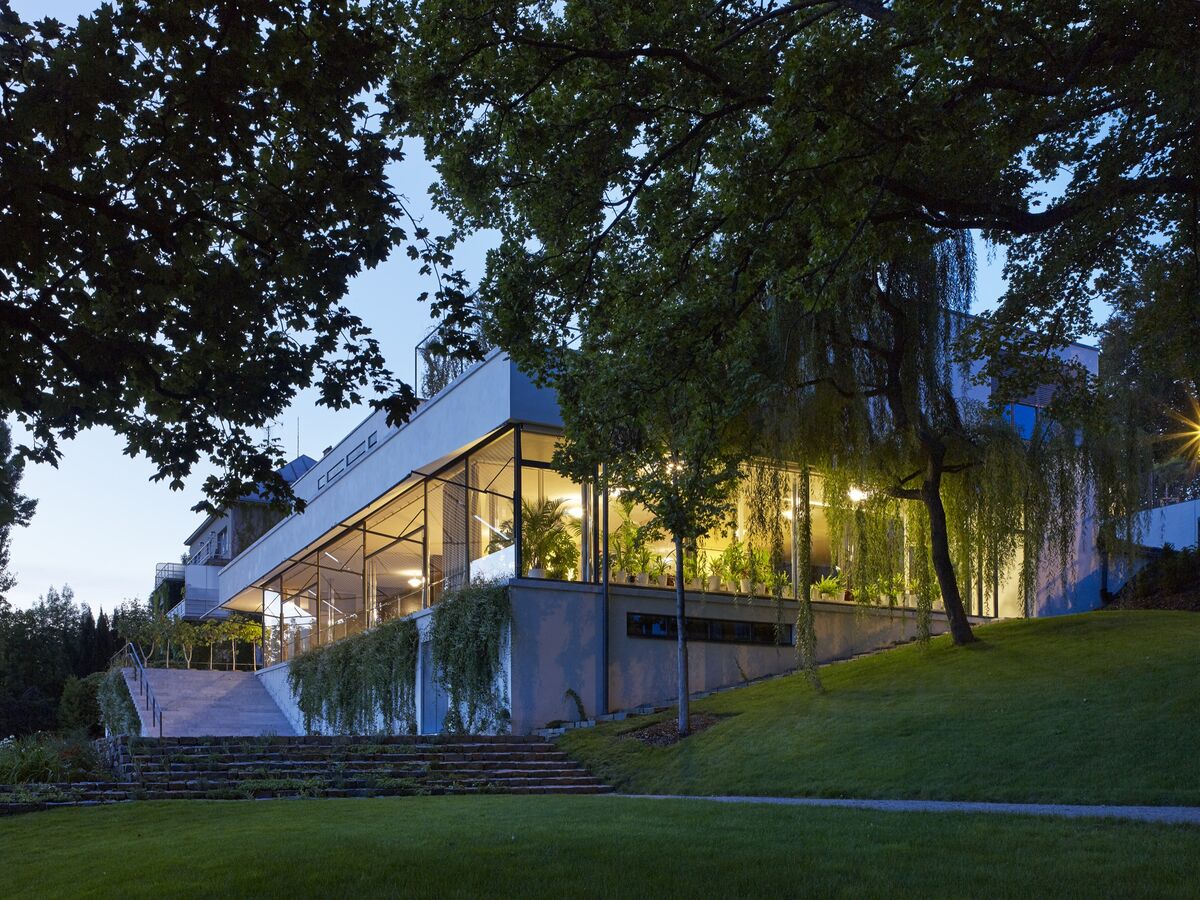 was the third and final director of the Bauhaus, between 1930 and 1933, and, like Gropius, he emigrated to the United States in the 1930s. But before moving to Chicago, where he taught architecture and designed skyscrapers, he completed a residential project in the Czech town of Brno that showcased his use of technology in the service of improved modern living, called Villa Tugendhat (1929–30).

Designed for Grete and Fritz Tugendhat, a Jewish German couple, Grete lobbied to commission Mies. “From the manner in which he spoke about his projects, we realized that we were dealing with a genuine artist,” Grete later recalled. “He said, for example, that the ideal dimensions of space cannot be calculated; space must be felt.” Nevertheless, measurements were drawn with painstaking exactitude to facilitate construction of features such as the home’s iron framework—one of the first times such a structure was used in a private home. It eliminated the need for internal load-bearing walls, allowed for a floor plan that differed between levels, and created more open, light-filled spaces. Mies designed all of the home’s furnishings, as well, which have been recreated in the villa-turned-museum. 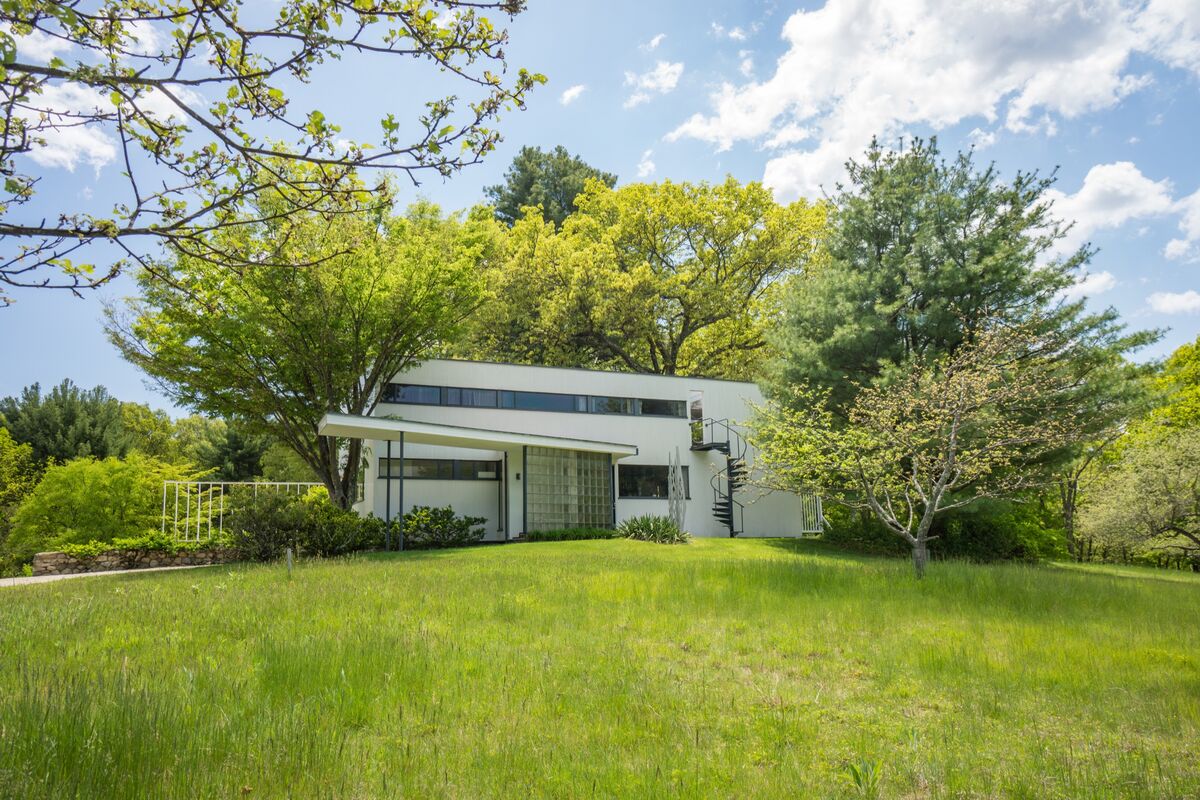 When Walter and Ise Gropius left Europe in 1937, they weren’t just fleeing political and artistic persecution—they were smuggling radical new design ideas to the United States, conceptually headquartered in the family home they built in colonial Lincoln, Massachusetts. Gropius designed the home in 1938, after accepting a teaching position at Harvard’s Graduate School of Design, and it shocked New Englanders with its bizarre glass blocks, chrome banisters, and metallic Breuer-designed furnishings.
With time, as midcentury modernism swept across the country, the Gropius House looked less out of place. It is now a time capsule for the tastes of this pioneering couple, since Ise (also known as “Mrs. Bauhaus”) dedicated the home and their personal belongings as a museum in 1979, 10 years after Walter’s death. Closets intentionally left open display the sleek wardrobe of Ise, who was equally comfortable wearing tailored dresses and jewelry fashioned from metal washers and wire. Gropius worked at a window-facing nook purposely built to house a wide double desk designed by Breuer. 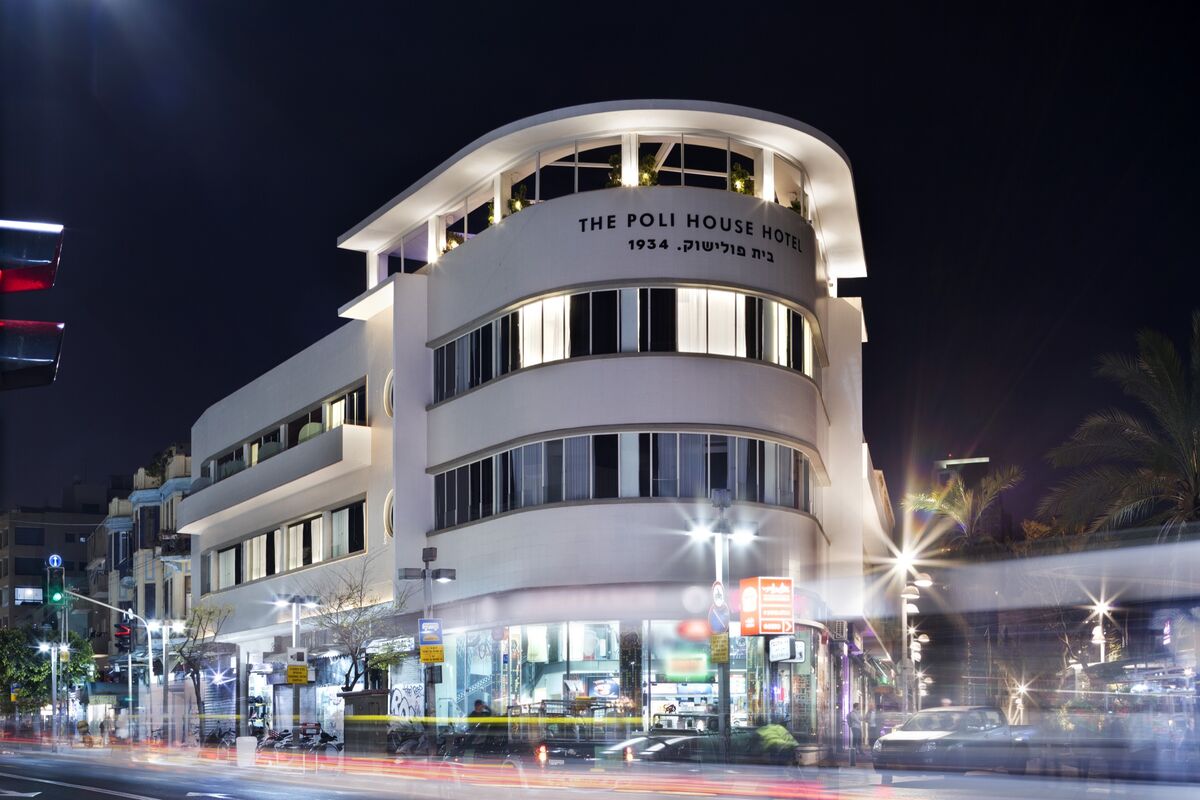 When the Nazis shuttered the Bauhaus in 1933 in Berlin—its last venue—Gropius moved to New England, Mies settled in Chicago, and the rest of the Bauhäuslers dispersed. They spread their minimalist gospel around the globe, reaching far-off places such as Russia, Brazil, and Tel Aviv. Tel Aviv was especially welcoming to the school’s architectural aesthetic: As a newly established city receiving a massive influx of newcomers, the chic (yet cheap) style suited its needs, and the budding metropolis became home to roughly 4,000 Bauhaus buildings.

One such building was the triangular-shaped Polishuk House, built in 1934 at a six-point intersection in the city center. Originally an office building planned by Shlomo Liaskowski—an architect trained in the Bauhaus-inspired

in Brussels and Paris—the white plastered structure solved the design dilemma of an unusual footprint with Bauhausian finesse. Because Polishuk House faced two streets, a single façade was forgone in favor of dynamic horizontal ribbon windows that point the building in all directions (making it also resemble a ship, befitting its Mediterranean seaside location). The building changed hands and was a printing press and a shoe store, before a recent meticulous, multi-year restoration process prepared it for its current iteration as a boutique hotel, Poli House.

The Forgotten Story of “Mrs. Bauhaus” 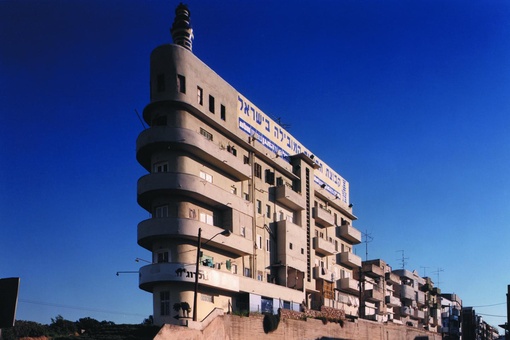 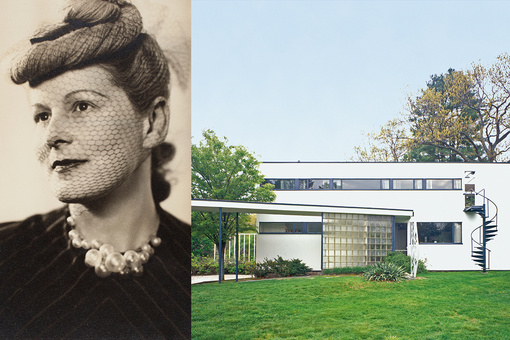 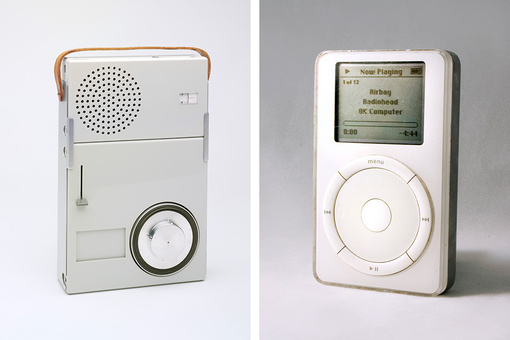 What Steve Jobs Learned from the Bauhaus
Abigail Cain

Tweet
This entry was posted on 9 March, 2019 in homepage. Bookmark the permalink.