Ideology Framed by a Sunrise 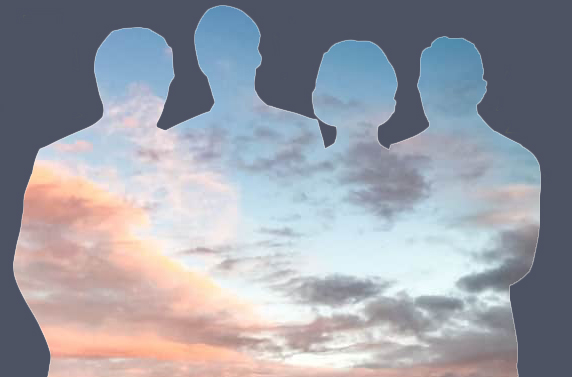 We were setting up for sunrise, you and I,
Lost and found, chemically composed,
Caked in the dust of a renegade night
Spread out in your garden’s groves
Blissfully alone.
We put Fairy liquid on your trampoline
Slipped about in the soap
And drew cocks in the foam.
We reckoned the aeroplanes would see them from above
As they flew people home.

That was years ago.

Oh, please, go away, not you again.
Sling your hook, the lot of you, you and your isolationist cavalcade.
You took a shit on a bus and now you’re in government.
Wedgies and flags are all good gags like the ones in your books;
I’ve read a couple and I would never deny that you’re an intelligent man
But come on, mate, this isn’t you.
Is it?
Then again, you’re a duper. You’re a politician. You’re an act.
You say you’re breaking free while scratching the Yank’s backs
And dancing in time to the boom boom blaps of their baseball bats.
Why don’t MPs represent constituencies and actually politic
Instead of wearing principles like suits and making MP stand for massive prick?
Want him to speak?
Forty grand will get you the fashionably flustered entrance and a recycled speech
Related in no way to the subject of your meet,
Full of insults like supine invertebrate protoplasmic jellies.
He does that annoying thing with his hands too.
He reckons he’s the king of the world and properly hilarious,
Well, tell you what mate, you can kiss each one of my hairy European Economic
Areas.
He’ll throw in his dishevelled blond mop

For the competitive price of completely free
Until at last he can sit down for what he came for;
To eat, and eat, and eat.
He’s holding out for flaky yesterdays
Under the guise of economic and social advancement,
Plans that – broke, alone and embarrassed – he somehow plans to eventuate.
He visits Mrs Pencil’s class 6A
Pledging spending and various classroom enhancements
Knowing that he won’t even accept their questions when they eventually come to
graduate.
I tell you, there better be a parliamentary florist
Because he’s leaving behind a trail of hate,
And by the time he’s done here he’ll owe us lot a fucking forest.
You live your life with him to organise.
You’ve decided that forgetting to remember why
Doesn’t matter if he’s there to remind you of your reasons’ lines with flaccid lies.
I kind of get it though.
Sometimes I wish the news would just stop.
Stop talking; you’ll ruin the ending.
No more treading a line
Between the froth and the fascist finding the faults in each factions’ fictions.
Say goodbye to compromise, and quickly understand that you can’t change your
mind anymore;
Not without being stigmatised.

But there’s more to this than one man and the crap that passes his lips.
He’s as much a symptom as some people’s cause;
Remember that for a while now we’ve been going down
In the blaze of glory that is the avocado apocalypse.
You’re opining on international trade deals and calling for heads
While snapping your salad and sticking it on the Internet.
You turnip, you just don’t get it, do you?
You genuinely believe that your brand of rainbow flavoured liberalism
Is completely guiltless and has nothing to do with division.
Take two people that have just met, leave them in a room,
Let them do what they will and see what you get –

‘Great idea! Let’s assign them a letter of the alphabet!’
It could have been harmony or hatred,
But you’ve exacerbated a chasm,
Emphasised difference and suddenly there’s a distance.

Ideology doesn’t deserve to survive, I’m amazed it’s lasted this long.
Make no mistake, Ideology’s engrained from the bottom to the top.
Ideology’s a fat man in a headband desperate to finish that marathon,
A panting plume of BO seeping through its t-shirt
Hoping against hope that one day it will come first
But for now it’s at the back of the pack
Trying to stay ahead of that which it lacks;
The realisation that it’s always been suffering relentless attacks.
Ideology’s the salt and pepper sat proud at the table’s centre
Spreading themselves over everything from potatoes to polenta,
Strutting and smirking with their corrugated crowns,
Homogenising taste, subjecting originality to censure,
And masking the nuance of that over which they’re ground.
Ideology’s the control that hems you in.
It’s the drip-drip-drip of Ritalin
Dribbled into your system
To keep you feeling fair-to-middling
Nibbling at your decisions with a holistic discipline
The likes of which makes no sense when you envision
What it actually means to be living;
Reproduction, competition and nutrition.
These are the realities of our plight.
Why measure ourselves with form-filled gradations?
Our natures question, subvert and rewrite
So how can we ballot-box at the polling station
Thinking that we’re actually right
When all we’re good for is
Enveloping relevant revelations into repeatable sensations
As we fuck, eat and fight?
Everything gets swallowed by ideology
From a family to a country.

I know it can’t fuck or fight,
But Ideology’s definitely hungry.

I get it. I get the rage.
As a wayward son once said,
It’s the calibre of the cage.

Years ago,
We were setting up for sunrise, you and I,
Full of pills I can never condemn,
Desperate to comprehend what it means to be right
And develop some principles
That we might grow up to defend.
We decided in that dreary light,
That, in the end,
Principles always mean revenge.

Now, I may have been resurrected since then
But, Ideology – please don’t cross me again.

I get it. I feel hemmed in too.
I’m so liberal I’m conservative.
I’m not trying to change anything.
Are you?

Tweet
This entry was posted on 28 September, 2019 in homepage and tagged Daniel Firoozan. Bookmark the permalink.