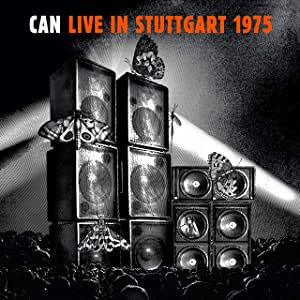 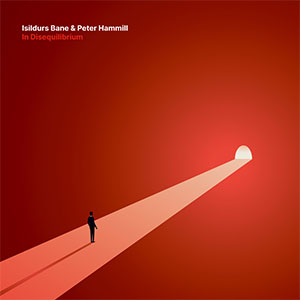 In Disequilibrium, Isildurs Bane & Peter Hammill
Live in Stuttgart 1975, Can

If you read my review of the Van der Graaf Generator box set recently, you probably picked up on the fact I am a big fan of that band and and their lead singer Peter Hammill. Unfortunately, his recent solo albums, especially an unlistenable covers set, have not seen him at his finest: left alone and in total charge of composition, playing, production and recording, he can be maudlin, wordy and self-indulgent.

The Swedish musical collective Isildurs Bane, however, have a track record for providing an excitingly different musical environment for Hammill to work within and against. Here on In Disequilibrium, as on their previous collaboration, the musicians provide a slightly slick and polished form of jazz-rock-cum-classical music (think ECM production) for Hammill to inhabit, soar above or react against.

It works well. Hammill’s slightly strained and raucous vocals weave among the strings, keyboards, percussion and guitar, sometimes lost in the mix, at other times breaking free into foregrounded gruff declaration and explication. This musical counterpoint works well, although I could sometimes do without the rather effete backing vocals which sometimes parrot back Hammill’s lyrics. At their best though, these two long compositions in various parts are innovative and original, with perhaps more than a welcome nod to Van der Graaf’s progrock epics.

Can were one of the great rock bands of the 1970s. Mute have now started to release official cleaned-up versions of some of their live concerts, many previously only available as lo-fi bootlegs. The first is Stuttgart 1975, which features five tracks across two CDs, the second of which feels a bit miserly at 20 minutes, but the complete concert clearly won’t fit on to a single disc.

As I get older I’ve become less convinced by Can. Their studio albums were very carefully constructed edits and selections from long, spaced-out jams they undertook in their own studio. The music is often startling, but one wonders about the process of playing for weeks on end to get 12 or even 25 minutes of something special. Live in concert, of course, what we get are very free versions loosely based on album tracks or improvisations undertaken in the public eye.

The rhythm and riff seems most important to Can. Most tracks wrap vocals, guitar solos and the like around motorik drumming and some kind of rhythmic propulsion from bass and/or rhythm guitar. The music can go anywhere, but it always has something to return to, however far it travels. Once you understand that the musical freedom on offer here (and elsewhere) seems less magical and more obvious, and I’d really liked to have heard a shorter and more focussed edit of the 35 minute track at the centre of this release. But the opening track has moments of delight and confusion, whilst the shorter second and fourth tracks are the real highlight of the set. However, nothing here is as exciting or revelatory as the original Can albums or the Live 1971-1977 release.

View all posts by Rupert →
This entry was posted on 9 October, 2021 in homepage and tagged Can, In Disequilibrium, Isildurs Bane & Peter Hammill, Live in Stuttgart 1975, Rupert Loydell. Bookmark the permalink.