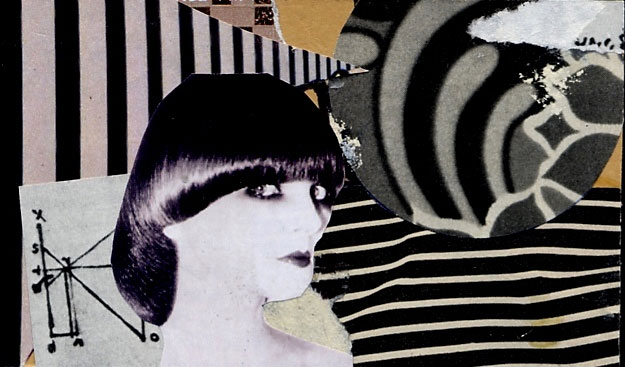 I: GOT MOVED ON

It was the fag end of another perfect day – pelting rain in the Surrey countryside and the stink of The New World Order and I was looking for someone to hate. Desolation death probe on your screens tonite:

Black Beauty nightmoves in spotless white lingerie my spiritual heartland so please do not repeat DO NOT adjust your having the strength of mind to say no is more difficult than you think sign here for the end of every­thing. Get ready to throw up your vitamin supplements, your bits ‘n’ bobs and your billets-doux – I was nuthin’ special in those days fragments of a face that time forgot (oh stroll on) but I always wanted to look like Cliff Richard or someone else or something else you know – got moved on (that night).

II: IS THERE ANYBODY THERE?

1923 Broadway Buildings and everything waits for He-Who-Comes, Screamin’ Lord Baphomet, The Night of a Thousand Eyes looking like Randy Roxy The Brides­maid from Hell nameless terror on the Thames Turbo dead zone – dead tone. Tense nervous headache? Don’t knock this neon aeon old photographs have an abiding – I was shocked to the depths by yet another spanner in my hi-tech works reminds me of The Elusive Blue Rose those continental drift musics or even ‘Krome Hate’ by The United Assassins storm water outlets extend to the girl on the back seat – talks just like Neneh Cherry (s’wots ‘e loike then wot is ‘e lioke?) lipstick all over right out of place at Ascot. Is there anybody there? On a postcard does anybody care?

Heidi woz ere 93 as the City of Angels finally falls to the elemental charms of Sister Clitora the Luminous Nun something really special in the kiss ‘n’ tell game – it’s the only thing you know the only space you know snatching furtive poems from toilet graffiti. Is there a loo here? It must be the cold weather quid voles illud fac and the frost was cruel Ragged Jack – there was a silence – Old Tyme Piano Joe – Scrumpy Jack – Strip-O-Gram Sam and Larry the Lambada the Nightclub Strangler – lets face it the longer you leave them the worse it gets and then out like light and goodnight Vienna means nothing but madness to me trapped in the rush hour traffic mentally blitzing enemy strongholds even women aren’t secure in Tokyo thinks she’s a slut above the rest tryin’ to live like the rich ‘n’ famous my abiding fascination for faded photos of Juliet Greco will never leave me…

Just like you to ease the freeze as I lay awake but dreaming of Chinese Lanterns when all I wanna do is go to hell in my own sweet way or lie right down and die right here right now like life was cheap dirt cheap in those days I wanted to look into your heart but I saw the dollar signs in your eyes haunted by those other images winter trees and mud mud mud. Raucous cow thinks she’s Bette Midler into The Total Fitness Company body toning and laser karaoke you got? You got? Nah nah nah all strung out on very heavy metal, oz fizz and some cut price perfume called Virtual Hot Swing Via Crucible Audio Da Fe, and (don’t fret pet) you know where you can stick it – queens East End West End all jabber away in the old polari like there’s no broken film rolling on.

Bomb the chapel and bomb it now. Music to the ear? You fat toad who or what lurks behind the bathroom door at the Hotel Angela next to Prime Time Video and the Bar Escoba (La Chine Cuisine) trapped a soft target in this post-everything world of klepto nightmare duplicity where no one but no one refuses a free TV set this kid shouts Total Carnage Wow! My mum says I’m a hyperactive daredevil erotic circus Asian babe and there was a silence and the frost was cruel out in space where no one can hear you screamin’ for de Lawd haunted by those winter trees and night lights of pain and pandemonium and epidemic fears as cases increase every day. Across the urban clearway bang out of order on the Via Crucible well off the straight and narrow and there was a silence. But I’m not that (kind of person) am I? Night-moves in spotless white spiritual heartland heavy breathing fragments of a face that time forgot and…there was…a silence.

Tweet
This entry was posted on 9 October, 2021 in homepage and tagged A.C.Evans. Bookmark the permalink.