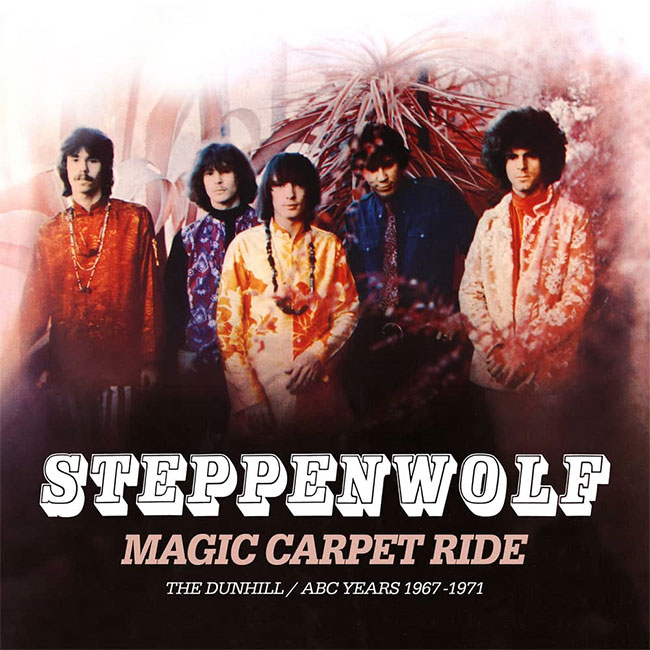 Populism in the global political sense is a contemporary reality, but being woke to its serious dangers is a righteous discernment rather than sensibility to be disparaged by the rednecks (for example – and there will be other asides – The Spectator Diary columnist not so long ago referred sarcastically to poet Samuel Taylor Coleridge as ‘borderline woke’: WTF?).

However, being populist in knowing Born to be Wild and The Pusher are the two greatest songs from the band Steppenwolf is obvious and acceptable awareness (especially – another aside – if you discovered this watching the film Easy Rider when first released and/or having copies of the film, perhaps including, as I do, the film soundtrack as a cd recording but also two vinyl copies, as well as film video recordings, the original store-bought video and the DVD on its initial release).

If you think The Pusher is the greater of these two classics, that is also fine, it being written by the great Hoyt Axton (not a gremlin, but in the 1984 film Gremlins, and if you haven’t got or heard his 1969 album My Griffin is Gone you might be unaware of what a great songwriter he is). That was the third and final tangent.

The band clearly valued Axton’s song-craft, and this is something I was reminded of when reading through the booklet that comes with this comprehensive collection. Snow Blind Friend from that Griffin album also appears on Steppenwolf 7 – John Kay’s grizzled vocal here and on the other an empathetic match for Hoyt’s signature growl. I also learned from reading this that Mars Bonfire’s Born to Be Wild ‘introduced the term heavy metal into the musical lexicon’, though I always thought that was Black Sabbath, directly or indirectly. I’d say Steppenwolf had more of a heavy blues lean than ‘metal’, but there is a hard fact of the line ‘heavy metal thunder’ being in the song’s lyric so I’m accepting I will have to defer.

A further caveat in the ‘heavy metal’ origins being attributed to Steppenwolf – though acknowledged as factual – would be the lyrical tendencies in, for example, the trilogy Monster / Suicide /America written by Jerry Edmonton and John Kay, and encapsulated in the politically thoughtful penultimate verse which also stands as a telling premonition of America (and the world) today:

One of the interesting comparisons to make is between the two live albums in this collection, CD FOUR Live at the Matrix, San Francisco, 14 May 1967 with its rock rawness – really the touchstone for the band’s core identity, Willy Dixon’s Howlin’ For My Baby giving Kay a coarse blues on which to chew, and finishing on The Pusher which at 23 minutes begins with genuinely psychedelic reverie in the echoing vocal, feedback squeal, organ drones and other, the song sort-of starting around 12 minutes and sounding like Jefferson Airplane to these ears, morphing into the song ‘proper’ at 15 minutes with less anger than as generally known and more spaced-out empathy. CD SIX Steppenwolf Live, released in April 1970, is a more expansive and polished performance, with an apparently larger audience, and is fundamentally rock and blues with more political/social commentary as in the intro to and performing of Monster, followed by Draft Resister, and the trio of closing songs – Magic Carpet Ride, The Pusher (this has come a long way in the three years), Born to be Wild – tell their own story.

What this collection of 8 CDs and an engaging booklet does is remind of the amount (if perhaps not breadth) of material produced by the band over and above the ‘hits’, the third of these being Magic Carpet Ride that titles the ensemble set. What I did find having immediate access to all the albums (rather than possessing all of them/recordings somewhere unknown in the house) is the ability to easily dance in and out of their various times. Spending a period on their first, the eponymous Steppenwolf, reminds of all the early positive signs – over and above both Born to be Wild and The Pusher being there. Opener Sookie Sookie (part penned by Steve Cropper) is like a template for all that follows, and then there are two John Kay songs Your Walls Too High and Desperation that remind of his comfort across rock and balladry.

That said, I’ve just listened to The Pusher again and it’s all embraced in this one song, which Steppenwolf as a band finesse to memorable perfection. The rest is backdrop, and over time I can dip into the recorded entirety so neatly collected as well as the booklet for further insights. John Kay, for example, is reported to have claimed that Led Zeppelin birthed ‘heavy metal’. I still think it was Black Sabbath, though William Burroughs had his say. 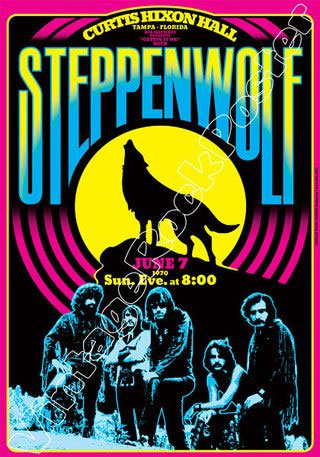