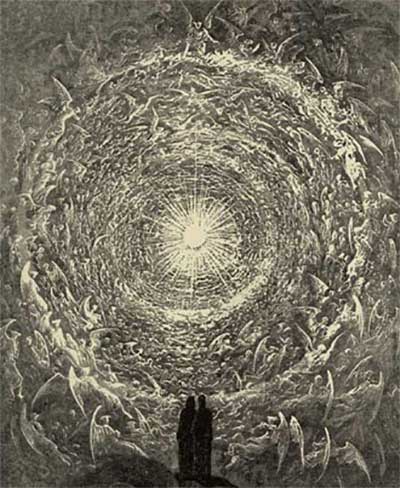 A simple room. ALEX sits. His chair is placed central. He writes in a notebook as the lights rise on him. There is a psychedelic looking man in a poster frame on one wall and a pile of books, videos, and dvd’s by the other. The AUTEUR appears  from behind this. He is a much older man, casual clothes but signs of affluence clearly. A faded charisma and a weariness too can be seen.

AUTEUR.  My parents were never familiar.

AUTEUR.  They were always about expectation. You had that then. It was post war. Everything was affected by that. So, you couldn’t just stray. You had to have a renewed sense of purpose. Because of everything else they had gone through. And their parents before. They’d need proof.

AUTUER.  That we’d work. That’d we’d try. I started work at 11. I was writing jokes, skits. I’d sell them, to the people at school! It was work. Some of my teachers bought them, after they could see they were funny. It was a good jewish business. I’d do jokes about Hitler..

ALEX.  You mean as an act of revenge?

AUTEUR.  If you like. Although I wasn’t thinking that way, at least not at 11. It took longer to get there. I was must have been 12 or13!

ALEX.  How does it feel now they’ve ended?

ALEX.  So, what did you put in their place?

Do you find that a hard question?

AUTEUR.  I don’t. I loved making movies. I loved the fact that my writing drew people and crowds all those years. And if that’s over, ok, then that can be over. But it doesn’t mean I won’t write them. I can read them to myself. They’ll exist.

ALEX.  So, an audience does’t help?

AUTEUR.  Perhaps it does in a theatre. An audience helps itself, mostly. Often it doesn’t know what it is. Actors say, ‘awful house,’ as if it was a communal act by those watching. When its actually them. Or the writing. The love that you have isn’t served.

ALEX.  And yours was?

AUTEUR. In my way. There’s no way you can say that it wasn’t..with a film you don’t you see them. The same with a book. Its a guess. Love is selfish that way. It doesn’t need people. It doesn’t expect you to love it. Love has belief in itself. That’s what my work is and was, regardless of whether the fucking tree falls in the forest! Love, like me, refutes judgement! Especially from the bitter, the ignorant or the dead!

ALEX. But you don’t need to get so defensive. This is hardly a trial..

AUTEUR.  But it is! What with the climate right now, you don’t need a judge or a jury. You just need someone revengeful whose career’s on the slide to return. It fits in. We’re all sick. And she used to love being famous. Now, she’s what? Unconsidered. She’s nearly dead and she’s older and lost all her charms. And so to then use a child – who by now is an adult – in order to dredge up old accusations that burn a clean hole through my work! I can’t reject that? Or ignore? Just because someone else has raped women? Or jerks off before them to show his ‘special’ celebration of love? Well, how about my love? My life? The work and things I have given? That’s all superceeded by this publically defined question about whether I in my dotage know or do not know what was right? Well, I do! I write films, books and plays. I understand people. But now, I’m done. I’m rewritten. A life’s work.

ALEX.  She was seven.

AUTEUR. Listen, I loved my daughter.

ALEX.  Yes, but with or without expectation?

ALEX.  And were you familiar?

AUTEUR.  What do you mean?

AUTEUR.  They’re not the issue. My parents are dead.

ALEX.  You were always called an auteur. Now there’s something of the amateur to you. Its as if you wanted us to know what you’re doing, so you left these little jokes in your films. New things come to light. That’s how we learn about darkness. We’ve read about these other things written. The scripts you didn’t make.

ALEX. Yes, but you love words.

ALEX.  And you say you love writing..

ALEX.  And love is truth. So, they’re truthful. So you really do love little girls? Is that how it works? Can words be words and words only? As words don’t work in themselves, they’re connections to what we really feel, aren’t they? Speak! Talk now. Defend. Or else they win. Turn the tables! Sound the horn, sir. Do something, or let those vengeful hordes barrel through. The pen is mightier than the sword, especially if the pen is the penis! This is your chance now! Change something. Its never too late. Age won’t hide. And neither will time. You inspired us. Help us. Here is your chance! Love’s a prison as no two people’s love is the same!

(The Auteur just stares at him.)

ALEX.  You’re at the gates now. Do you see? But yours, I’m afraid, are not shining. Yours, look; are shaking. That’s what I’ve written. Not even your gates like your place.

(The Auteur turns and leaves. Alex stands and looks after. He takes his pad or notebook and starts to write in it, remaining upstage as he does. The Man leaves the frame to take his place in the light. He kicks the chair over. He’s dressed circa 1969; Love’s revolutionary, he’s a poet and wild man, whose erudite passion ranks a great deal higher than most.)

MAN FROM FRAME.  Love is revolution. Its change. Its a reconstitution of senses. Love is a drawing up of the contract between the unwavering heart and the truth. Its the dedication we make to find our way through the darkness. Love is a mind fuck that restores after fucking the means to reclaim states of grace. Love forgives. But that doesn’t mean love is kindly. Priests take confession from the darkest smears God has shat. I’ve worked for and with love all my life. I’ve been dedicated to people. I have written things to return them to the hidden paths and parts lost within. I have staged happenings and set speech on fire. I have created conservationist anthems and mothered the world with the word. But do they listen? They don’t. Love is loss. They’ve sucked absence. And now I’m dead. Nice to meet you. At our very last point of contact I’d hope that you reconsider all that you prize now and value and all that you have hitherfore known to be true. Resist the rape of the brain. Discharge the digital finger. Shit on insincerity’s window and blowback the banal! This is not good enough. Your breath is bound to the planet. The love you convey leads to lifestyle, to the sex your perform and pale vows. Love was the force, epitomised in the sixties. And then quickly, yes, ruined as people do not know how to love. Love was the line but now that line has been broken. Be aware and be warned. The ghosts are ranked up against you. As all of their previous efforts stand wasted because of what you have all wrought against love. Love isn’t a thing you fall for. Its life. Its the thing that connects us. From kundalini to brain stem, from cremaster valve to the crux. Its communism as was. Because people don’t care about people. Love should be sex between strangers. But it rarely is. That’s just sex. Love is loss. Love is death. One falls in love with dead bodies, because when we think of the dead its the bodies that invariably return to our mind. But it isn’t bodies that breach the great divide, ‘the far country.’ Its the love, the spent spirit, that with its currency cancelled is doing all that it can do to connect to all you are now and provide. I’m in the dark, lost to light. As are you as you listen. And out of that dark, sounds of fire. They’re either the flame of love’s action or the final burning down of your heart. You are the dead. The spirits are free to seek answers. You are the question that only the lost to love can resolve.

(The MAN returns to the wall. Alex picks up the chair and sets it back at an angle. He now addresses the chair space as if there were someone else now sitting there.)

ALEX.  My confession is this: I have always loved the wrong people. By which I don’t mean the wrong or what society calls the inappropriate people, but simply those who would kill me and who I should train myself not to love.

Love is a form of murder, perhaps; a small genocide of the spirit. A sweet cancer kissing, dissolving away all you had. What remains in its place are patches of that other person. Like healed scars or smooth lesions, an imprint or blush that strains us. Under that stain we are changed and chained too, I imagine. Accepting that love can contain us or, moving from it, allow us to chance to live on. Love frees us, songs say. Love is the key we all look for. Love is chemical only, as science dictates. But not me. Love is the germ. Love is the ultimate virus. It adapts, rearranges. That’s the real horror and I think, revelation: love to the human is the true alien.

Once, long ago was the star that bloomed like a heart, fit for bursting. Love was a colour as solid and sharp as a stone. This proved too much for one place and so the bloods within spermed the cosmos which was brought into being after this hunger for sense proved too bright. Its there in the wonder of space. Saturn’s sad majesty shows it. Through life stopping cold and God’s distance we all have a need for love’s balm. But there is no-one coming who knows the ways we need to connect us, so the wild shards and the splinters of that first profound bloom provide calm. Planets blush, then decay. Stars flash for reaction. Across the immensity we’re all calling for someone closeby to attone. Then we’ll know why. I know what love is. Love’s a herald. We send our dead to it and they become a small part of the search. We are writing our way to the end, in the hope of change if not answers and all the time trying to make with love’s message a new way to be on this earth. Love is a state and love is a language. None of us can yet speak it. But all of us know what its worth.

To the parents I’ve lost and the woman I loved and still yearn for I have seen where we are now and turned my face to the wall. I can’t go on like this…

I can’t sleep. There’s a need to get to you, across borders. Let the fathomless land crease like paper crumpled into a ball.

If I could, I’d leave now, devoid of trains, cars or spacecraft..

I would walk the night to learn from you;

Will you sister cold winds to my call?

My voice in a dream.

A shot of the moon.

Fragments of a life left to give you.

(He remains as the darkness descends.)

View all posts by David →
This entry was posted on 14 March, 2018 in homepage and tagged David Erdos. Bookmark the permalink.