Love Is The Law 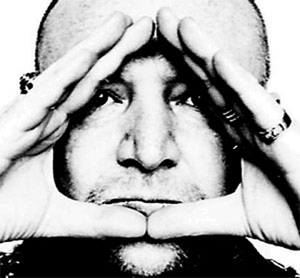 LOVE IS THE LAW, LOVE THY LAND

Died of asthma and chronic bronchitis in Hastings at Netherwood House on the Ridge on 1st December 1947 where he had resided since 1945. Arguably its most notorious and bizarre resident, Netherwood, since demolished, still belongs to the legacy of …The Wickedest Man in the World…and like its most famous guest – lives on, and is an even bigger enigma with Occultists and the curious locally and across the planet to this day.

Many tales and mysteries are bounded about just how come Crowley ended his years in Hastings and what is the curse he was rumoured to have placed on it?

Was it that, as was up until recently, Hastings was a fairly cheap place to live?

Had he visited the town many times before and was drawn by its raw charm?

Had he become a burden in London during The Blitz, being somewhat a liability during the bombing raids with his colourful antics?

Or was the magnetic force of this sacred land, a conflux of powerful energy lines, too strong to ignore?

The various so-called curses seem another fallacy of the negative and confusing misinformation surrounding the man. Why would he curse a place where he eventually found rest from the turbulence of his past days?

Aleister did not go to school until he was eight years old. Before then he was educated at home, by his father and visiting tutors until the year of 1883 when Aleister was sent to the private school, White Rock Boarding School For Young Gentleman also known as  Habershon’s Prep School at no. 10, Pevensey Road, St. Leonards on Sea run by a family of strict Evangelicals. He attended the school for two years where he was bullied almost daily.

Perhaps the fact that he had previously attendedWhiteRockSchoolor he had a vengeance against the Hastings Chess Club, whom he was a member of?

Or was the mans sardonic whit and humour again misinterpreted by another in the long line of naive and negative recipients that craved his power and wished to diminish the Crowley reputation further?

Hastings and the adjoining town of St. Leonard’s On Sea (home of the O.T.O. Shemesh lodge whom celebrate his magical legacy), have become a shrine to the intrigue and worship of Aleister Crowley and his beliefs and teachings.

Whether your affinity with Crowley is with one or all of his many attributes:

The Occult, The Religion of Thelema (and its Gnostic Mass), Sex Magick, Tarot, Drugs, Poetry, Astrology, Alchemy, Art, Mountaineering, Chess, Yoga, Philosophy, Illumination or just a curiosity of a fascinating and intriguing entity, it is hard to ignore or dismiss, that this man was just the rogue and evil charlatan that many would have you believe.

It’s not obligatory to worship the man and all of his deeds and recreations, but with knowledge and understanding the perception of Crowley continues to perplex and fascinate many diverse followers across a variety of beliefs and generations.

Hastings has attracted a wealth of artists, eccentrics and occultists, (witch- Alex Sanders lived and died here in 1988), to this day, whether for the beautiful location and surroundings, the micro climate, the light, the seashore, the mixed cauldron of past and present cultures-this is a sensitive land!

Hastings has a rich and vibrant history, back to an ancient world –pre Crowley, the 1066 experience-pre Saxon, Celts and  Romans…and with this history a legacy of energy, rituals and symbols.

The mysterious, and objectionable, but undeniable force behind the attraction of this area and one that I and others feel must have intrigued Crowley, is this geological force created by the meeting of energy lines and underground water currents that emerge and converge on the town and the sea. This energy and the vortex confusion it creates has manifested itself throughout its past and lives on through the present.

Crowley’s doctrine in The Book Of The Law: “Do What Thou Wilt Shall Be The Whole Of The Law” and his many philosophies have been the core of a cross-section of interested souls creative stimuli since their inception and Crowley’s influence locally has stimulated a variety of experiments and projects, among them local band Turn Blue * whom have absorbed Crowley’s, Book Of The Law and released a Cd of songs entitled, ‘Love Is The Law ’, influenced by this work. Crowley did also reside in property at Harpsichord House in Hastings Old Town, where tales ascend of Indian costume frolics, the gift of a sphinx to a daughter of one of the visitors to the house, talk of strange deeds and curses are still rumoured.

My good friend, George Hay the founder of The Science Fiction Foundation and editor of occult book, The Necronomicon, lived in Hastings old town for many years. George was an early acquaintance of L.R. Hubbard the Scientologist whom Crowley knew. Hubbard was a close friend of OTO member Jack Parsons who corresponded with Crowley at Netherwood.

A regular visitor to Netherwood was Lady Frieda Harris who created the Thoth Tarot with Crowley and nursed him in his final days.

Crowley was the author of two books while in Hastings, one an anthology of poems entitled ‘Olla: an anthology of sixty years of song’ he self-published and the other a later published work “Magick Without Tears”.

A painting of Aleister Crowley’s – ‘Cuboid’, is featured in the film ‘Fall of the House of Usher’ which was filmed at Netherwood, Ashburnam Place and catacombs and cellars below a demolished Grange on The Ridge, Hastings.

The films director, George Barnett became intrigued by Crowley saying he was a quiet charming man, knowing nothing of his wicked reputation at the time!  George’s son Adrian still resides in Hastings.

On December 1, 1947, at the age of 71, and with his 9-year-old son Ataturk and his mother Patricia ‘Deidre’ MacAlpine by his bed, Aleister Crowley good-spiritedly and quietly celebrated his Greater Feast.

Aleister Crowley was cremated in Brighton cemetery after Hastings Borough Council refused his burial on The Ridge. His ashes were later shipped to the USA and were buried next to a tree in Hampton, New Jersey on the property of Karl Germer (Crowley’s successor to OHO).

Whatever ceremony, the latest local self-appointed king of the witches, or anyone else for that matter, performs to curb the so called, Crowley Curse on Hastings, fact is people and public servants today, are and will keep on adding to, the negative rape and assault of this sacred land and to me this is the true curse that lives on now.

The Crowley enigma and spirit will continue to intrigue and fascinate.

To quote the man “…intolerance is evidence of impotence…”

Tweet
This entry was posted on 22 November, 2012 in homepage and tagged aleister crowley, Dave Arnold, Hastings, Occult. Bookmark the permalink.