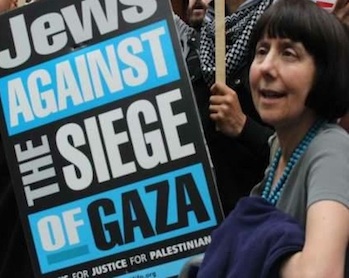 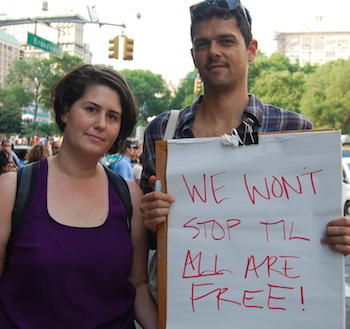 This morning, we had hoped to wake up to news of a ceasefire.  Instead, the unrelenting attack on Gaza continues. Over 187 Palestinians and one Israeli have been killed. 1,300 Palestinians and 15 Israelis injured.

Israel announced this morning that it would accept a unilateral ceasefire, but the terms were actually a continuation of Israel’s ongoing war on civilians—a continued blockade of Gaza, continued extrajudicial assassinations, continued imprisonment of Palestinians without charge, and continued occupation. And with no guarantee Israel wouldn’t violate the agreement as they have on numerous occasions in the past.

Three times in the last six years, Israel has conducted extraordinarily lopsided operations against the people of Gaza, and each time the civilian population has paid a major price.  Even with some of the most sophisticated protection in the world, the fearful experience of rockets falling on Israel means that Israelis and the world pay attention during these escalations.

We will continue our efforts to respond to the current situation (please keep up to date here) while keeping in mind that when the bombs stop falling, Israel’s decades-long assault on Palestinian human rights will continue.

We will redouble our efforts to address the long-term causes and solutions.

While we monitor the situation, below are a few pieces, mostly from the last 24 hours, that we have found useful. We hope you will read them and share them with friends, family, and community.

·       from IMEU: FAQ on Failed Effort to Arrange Ceasefire Between Israel and Hamas.

·       from Leftern Wall: Facing the Massacre With Eyes Shut

·       and the Occupy Judaism statement on the possible ceasefire

With hope for better days ahead,

I want civil society in Israel if possible to make some actions, demonstrations.  Because at the end of the day they are mothers – mothers and parents on both sides, who are suffering.  Both the Palestinians or the Israelis they’re suffering, and such suffering should be stopped as soon as possible.

John Kerry came last night to Cairo and met with Sisi, and with Ban Ki-Moon, but I’m not too optimistic.  But if the United States wants to put some pressure on all parties, I think a ceasefire could be possible within two or three days, insha’allah.

Now both parties Israel and Palestine have declared a missing soldier – on the Palestinian side they announced his name and number.  Those people in Gaza, they said they couldn’t give any details for free.  The Israelis want to know whether he’s alive or dead.  Palestinians said yes we have him but we won’t give you any information for free.

On my side, at the personal level, why doesn’t Israel make a small initiative:  why not say if you just give us some details, some information about Shaul Oron, we’ll free some women prisoners, for humanitarian and trust-building purposes… then let this soldier talk to his family, if he’s still alive, something like that.  That’s my personal initiative.  Step by step we can try to bridge the gap, until we all sit around a round table for serious discussion.

Israel hasn’t learned from its mistakes, and their leaders should leave the political game because chalas, it’s over.  They didn’t get the message, they didn’t learn from the previous failures and games.  They should just leave political life.

In the ceasefire, there’s a humanitarian face.  The siege should be permanently lifted on the Gaza Strip.  Borders should be opened just like borders are for the rest of the world.  Like any human being, we should have access to leave when we like, and the ability to go back to our homeland whenever we like, with no restrictions.

Let’s put a ceasefire into place: have some witness from large countries like the United States, Japan, the European Union.  Now I’m speaking about normal borders – free access, like the rest of the world, I’m not talking military stuff.  So we can make sure we can have some procedures to prevent any parties from bringing in weapons or military stuff.  What about civilians, what about the traders, the patients, students?

You know – I have three sons and one girl studying abroad.  They’re on summer holiday right now.  They’re stuck in Jordan, the girl is stuck in Istanbul in Turkey, they can’t come back.  So what’s the problem with them?  They’re nothing – no threat.  They spent the whole academic year waiting for the summer to join their families.  Now they’re stuck there, they don’t have any money, they’re very frustrated, they’re following Gaza news on the TV.

The Hamas wants to die rather than to give up.  The civilians – now the Israelis put more pressure – massacre after massacre.  In the eastern buffer zone of Gaza.  And the people there won’t leave – they’d rather die in their homes.  All those text messages, leaflets from the skies, phone calls asking the families to leave.  But they chose to stay.  Because in Gaza now in other places, it’s not much safer, simply.  And there’s almost no difference between life and death here now.  So we don’t care, whether to live or die, because it’s the same.

There’s no electricity, water is only three hours every three days.  Lack of medical supplies – the hospitals do not have the capacity, you know, to deal with the huge numbers of injured people.

How can we sleep?  We don’t of course.  Last night – the tanks were shooting the whole night.  And all the day there’s bombs and drones, and F16s.  And what do you call the ships shooting from the sea?  The naval military ships.  Bombarding the coast.  It’s from the ground, from the sky, from the sea, it’s everywhere.  Imagine how women, how mothers can deal with this situation?  The heaviest was last night.  I haven’t slept properly now for weeks.  Sometimes one hour, sometimes three hours…

Frustrated, depressed, traumatised… you know for me as a father, when I want to try to sleep, my legs shake.  I have never been to this situation before.

We need the Americans to start understanding what’s going on, and stop sending military assistance to Israel.  We send a message to the world to stop the Occupation.  It’s an ugly word, the whole world is fed up with this ugly word, occupation.  It’s chalas, we’re fed up, it’s too much.

Updates from ‘M’ in Gaza to Angela Godfrey-Goldstein in Jerusalem

Dear Nancy Dear Bill and Dear Don,
How are you all , we hope that you’re doing fine Inshallah.
We’re writing now and on the 7th day of horror , collective punishment and humanistic catastrophe , more than one thousand were injured, about 170 were killed the majority are children , women and seniors , lots of homes were demolished and destroyed , you can hear the kids’ screaming everywhere because of the airstrikes, and as usual the civilians pay the price, they don’t have shelters , and now they’re heading schools that are already un safe and were being hit before in the previous wars , considering that Israeli forces are now hitting even hospitals , ambulances , associations including handicapped ones on their habitants.
Entire families were killed and wiped, families remained without parents , homes demolished over its habitants .
Egypt is preventing the entry of injured to be treated and on the other hand preventing external medical delegation to enter Gaza
Therefore we’re calling on the sympathy, solidarity and support of our sincere friends

All the best
Your friends in Gaza