“A poet can survive everything but a misprint.”
Said Wilde, who was far from being a pedant,
But he knew that the right word in the right place
May often make for society’s betterment.

In the so-called ‘Wicked Bible’ printed in 1631
The 7th Commandment left out the word ‘not’,
So the verse read, ‘Thou shalt commit adultery”
And doing God’s will became invitingly hot. 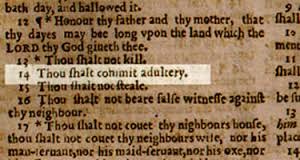 In 1905 in St Petersburg a typesetters’ strike
Sparked off the October Revolution.
They’d been asking for a higher piecework rate
Per thousand letters, including punctuation.

“This small event”, said Trotsky, “set off nothing more or less
“Than an all-Russia political activism.
“What started over punctuation marks,” he added,
“Would end by felling absolutism.”

The Czarist regime was toppled by a magnate
Refusing to pay for setting a few commas.
History can turn on a sixpence and psychological misprints
Lead to holocausts, gulags and mad bombers.

In his ‘Annals’ the Roman historian, Titus Livy,
Wrote that, “Often events
“Of great consequence can spring from trifling matters.” [1]
The world’s end hides in an atom. 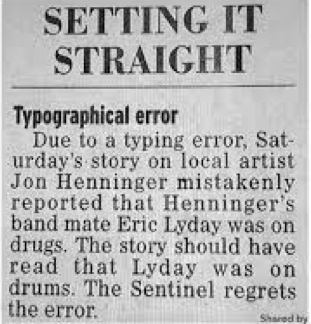