Posted on 5 February, 2015 by Ethan Harrison 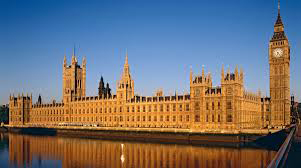 Despite the government’s complete inability to find anyone whatsoever within the country’s entire bureaucratic apparatus to head the inquiry into historical child sex crimes at the House of Commons, Sir George Young, Conservative whip has claimed, ‘Cupboards full of MP’s are still chomping on the bit to get to the bottom of child sex crimes.’

After such a long period has elapsed merely selecting someone to head the inquiry fears are growing that it will never actually start. Owing to the fact that some of the possible defendants are coming to the end of their lives there is a very reason for expedience. The Westminster internal child sex team, (I.N.C.S.T.) helping with the inquiry’s investigation, has offered the names of all likely pedophiles working in the House of Commons, stipulating only one criteria; that they are dead. An I.N.C.S.T spokesman commented, ‘Unfortunately letting the inquiry have the names of any likely pedophiles working at the House of Commons who are still alive would present an unacceptable security breech.’

Alleged victims of abuse have voiced concerns about the process of selecting an appropriate head for the inquiry as there seems to be a problem finding someone who does not have intimate connections with the accused.  An I.N.C.S.T. officials stated, ‘As all potential UK candidates qualified for the role have turned down the job we were thinking of getting someone in from the public sector who is just as trusted as any MP. For instance a disgraced ex Radio 1 DJ. A good example would be Dave Lee Travis who we know is currently looking for work. With regard to the inquiry we would rather not comment or about allegations of a pedophile ring operating in Westminster. We know that the public understands, as we can assure you do many, many MPs, child sex is a very touchy subject.’