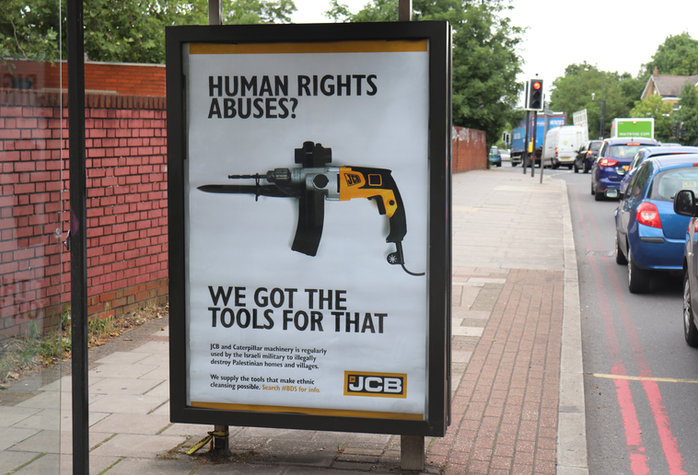 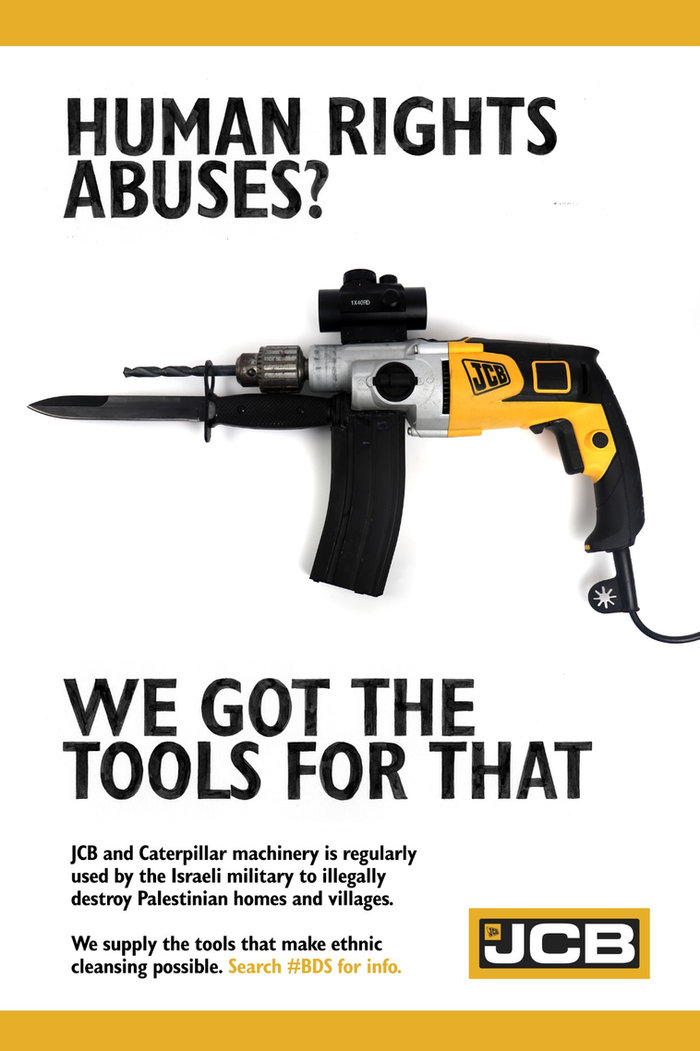 ⁠
JCB and Caterpillar machinery is regularly used to illegally destroy Palestinian homes and villages. ⁠
I actually made the drill rather than photoshopping it and now it’s a horrible deadly object kicking around my studio. Hopefully will be exhibiting it at this year’s Art the Arms Fair.
⁠
Printable version of the poster can be downloaded from the Subvertising page of my website. 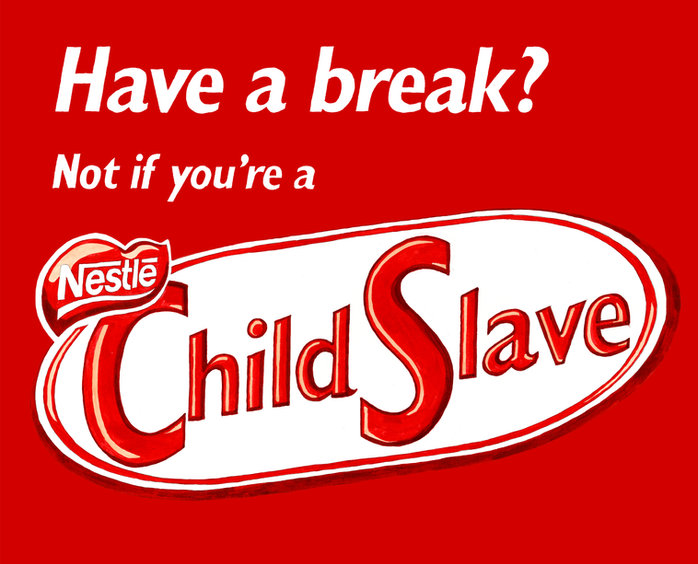 This month, Nestle won a case in the US Supreme Court that says they cannot be sued by former child slaves who were forced to farm the cocoa used in Nestle products.⁠
⁠
I’ve never heard a single piece of news about Nestle and their business practices that didn’t make me sick to my stomach.⁠

There’s something particularly dark about products that are enjoyed by kids being made by enslaved kids. 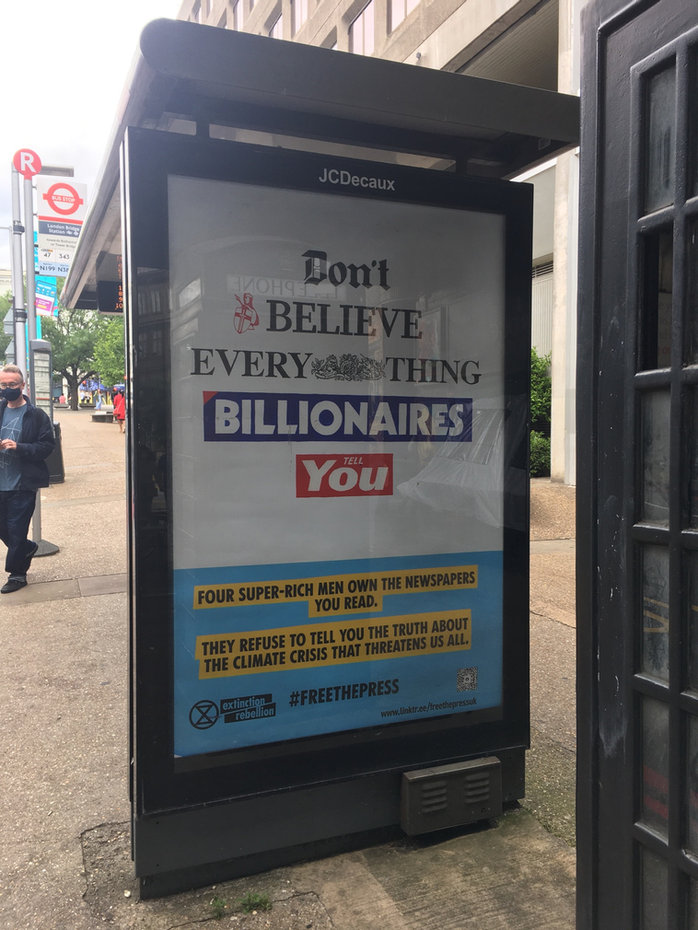 I’m glad that Extinction Rebellion have used my ‘Don’t Believe Everything Billionaires Tell You’ image as part of a their Free The Press campaign.

It’s an uphill struggle to convince the public of the urgency of the climate crisis with the media consolidated in the hands of handful of billionaires who’s interests are best served by our continued reliance on fossil fuels.

Extinction Rebellion’s blockade of Rupert Murdoch’s printing presses last year was one of their most impressive and effective actions to date.

More details on their campaign here.

[The image was used for free and with permission.] 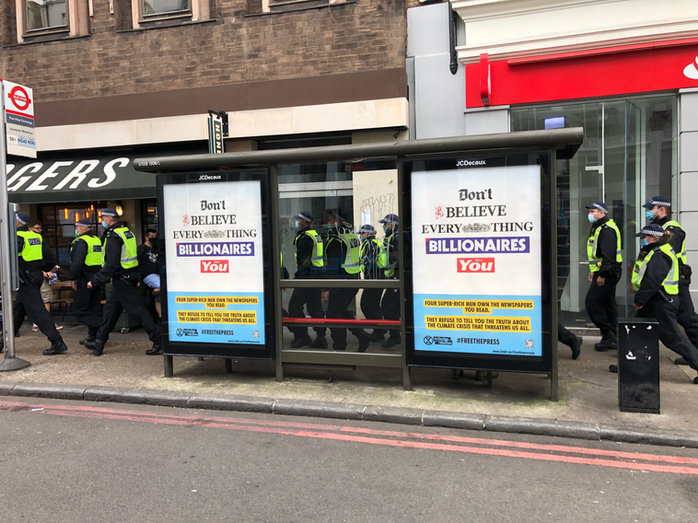 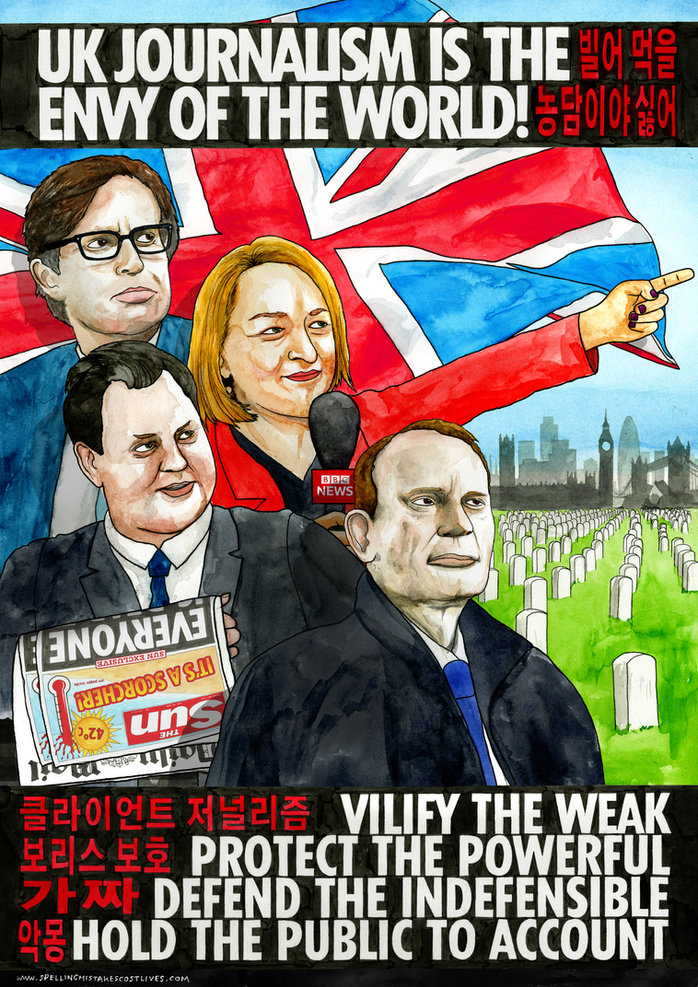 I had to leave some of the most obsequious client journalists out of this or else I’d be painting hacks for the rest of my life.⁠ In case you’re not familiar with these ghouls, they are (top to bottom) Robert Peston (ITV), Laura Kuenssberg (BBC), Harry Cole (The Sun), and Andrew Marr (BBC).
⁠
This idea came from my hobby of adding examples of client journalism to the subtitles of a screenshot of Ri Chun-hee, the famous North Korean news presenter, they and some other bonus content are on my blog.

Tweet
This entry was posted on 3 July, 2021 in homepage and tagged darren cullen. Bookmark the permalink.

One Response to New Stuff I Done (again)