Posted on 1 November, 2012 by DaveTomlin 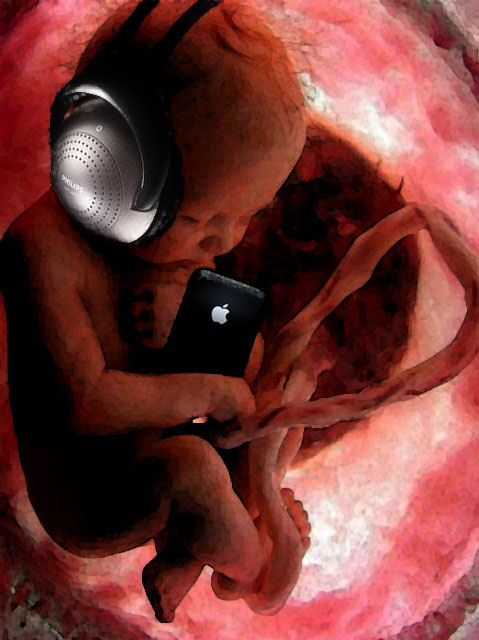 Once art becomes attached to a department of government it can feed upon a more mainstream source of funds. Nevertheless, that extra funding may come with the ministerial demand for a somewhat more utilitarian approach than is usually associated with the medium.

Raymond is a painter and he really loves painting. Recently he has been having problems with the Ministry of Sport Art and Culture who are threatening to withdraw the meagre funding they allow him. His last assessment had gone badly and the inspector, Mr Phil Stein had given him one last chance and gone off angrily. Raymond is worried, today he is being assessed again and he has difficulty concentrating.

He is working on a landscape; a low dense wood to the left, and rising from it a long graceful slope culminating in a meadow clad hill. He is intrigued by the hill; he has the shape just right but there is something missing as yet and he ponders awhile, wondering what it might be.

Absorbed now in this conundrum he has entirely forgotten his assessment until, with a sharp rap on his door it announces itself. Raymond opens the door and there stands Mr Stein from the Ministry. He has a walrus moustache and wears a bowler hat and although he has an air of shabbiness about him, looks as if he might be from Scotland Yard.

‘Come in,’ says Raymond and the inspector stamps in looking fiercely about him and goes straight over to Raymond’s picture.

‘What’s this then?’ he snorts, ‘not much going on here then is there? What you need is a cottage there,’ he orders, pointing to the edge of the wood. ‘And what about a few cows over here. That’s what people like cottages and cows.’

‘But I’m trying to get the hill right,’ says Raymond weakly.

‘Never mind the bloody hill,’ shouts the inspector, and then…

‘How many pictures have you sold since I last saw you?’ He glares at Raymond who quails before this aggression .

‘Well none really,’ he gulps. ‘Although I almost sold one the other day.’

The inspector is not impressed. ‘Well that’s no good is it? What’s the point of painting if you don’t sell any? If you’ve got a product and it doesn’t sell, then your product is no good, or you’re in the wrong business.’

Raymond has no answers to this and the inspector looks to his clipboard.

‘I gave you one more chance,’ he says, ‘and I’m not giving you another.’ He draws a thick line through Raymond’s name.

‘Your allowance is being withdrawn and you can start a proper job tomorrow at the battery farm; they need someone down there to do the mucking out. Here’s the address,’ and he hands Raymond a slip of paper. Raymond looks at it. ‘Well I suppose I can always paint in the evenings,’ he sighs.

‘Paint in the evenings?’ shouts the inspector. ‘Listen, the amount of work they get through down there you won’t feel much like painting afterwards; you can watch a bit of telly like everyone else. And you can start getting rid of this lot too,’ and sweeping Raymond’s brushes and paints to the floor he stomps off giving the easel a violent kick in passing. The easel goes over with a crash and the painting, still wet, falls face downwards and is ruined.

Raymond sits in his chair and stares into his ghastly future. Something had accompanied him since childhood, an inspiring will-o-the wisp presence, like a small but radiant spark showing here and there a hint of rainbow light; but now, sitting at the end of his road, the spark is rapidly fading – fading – fading, and with a last flicker it goes out, never to return.

Raymond is painting a picture. There are some trees on the left, and a hill clad in fields and hedgerows rises towards the centre. He finds something strange about the hill and is not sure if it is the graceful slopes, or something which he has yet to realise. Today is assessment day and he will have to endure another tiresome interview with Mr Phil Stein from the Ministry of Culture Media and Sport; he must however, be on his best behaviour since he relies on the small grant which the Ministry allows him, one false move and he might lose it altogether, and then what?…

His stomach is rumbling, he has not eaten since yesterday, having spent most of his money on a large tube of lemon yellow paint. He ponders a while further on his mysterious hill and then…. ‘My new yellow!’ he thinks. He mixes a fine wash of the palest yellow and sweeps it across the sky overhanging the hill. He steps back; yes, the hill now stands against the faint yellow and has gained in significance; but significant of what?

He is now so absorbed in the painting that he has entirely forgotten his assessment until brought back to earth by a sharp rap at his door. He knows exactly who this is. Yes, opening his door he is confronted by a bowler hatted figure with a fierce moustache, the man looks like a policeman; there is no nonsense about Mr Stein.

Raymond invites him in and the inspector strides purposefully across the room and comes to a halt before Raymond’s easel – ‘What’s this then?’ he snorts.

‘Well it’s not finished yet,’ says Raymond, ‘I’m still working on the hill.’

‘Never mind the bloody hill,’ shouts the inspector. ‘What you need is a cottage just here.’ He points to the edge of the trees. ‘And a few cows over there. That’s what people like; cottages and cows.’

Raymond is not so sure of this and begins to protest.

‘Now you listen to me,’ roars the inspector. ‘You haven’t sold a thing this year, and if you don’t sell, what’s the use of painting. Personally I don’t think you have a clue. For instance: This picture is mostly green; so what about a bit of red, come on, put some red in.’

Something snaps inside Raymond and a curious gleam enters is eye.

‘You want red do you?’ he says with a wicked smile.

‘Yes’ snarls the inspector, ‘put a red tractor on your hill.’

‘What are you doing? How dare you!’ The inspector is furious, but Raymond isn’t finished yet. ‘Now what about a purple ear or two,’ he shouts, and swiftly takes up another brush and dipping it into a lurid purple lunges forward like a fencer and lands it with a splosh into the retreating inspector’s ear.

Now Phil Stein has had enough and turns to run, but Raymond moving faster grabs him by the collar and the seat of his trousers and gives him the bum’s rush out of the door and sends him on his way with a great kick to the arse.

Raymond goes back to his easel still breathing heavily. ‘Well that’s done it.’ he thinks, ‘I can say goodbye to my grant now,’ and his stomach gives a complaining rumble in agreement. Calming down he once more contemplates his hill and wonders what it is saying. He is interrupted again however, because he hears a faint tap on his door. Opening it he sees the lady from downstairs. She wears a flowered housecoat and her hair is in curlers. In one hand she holds a steaming bowl of stew and in the other a plate on which is two thick slices of bread and butter.

‘Thought you might get a bit peckish, dear, up here all by yourself.’

Raymond is touched and stammers his thanks.

‘That’s alright love,’ she says, and toddles off downstairs.

He takes the food into his room and puts it on the table breathing in the rich aroma of the stew, and his stomach is rumbling with great enthusiasm… but his painting… he turns to look, and at once he understands that faint yellowish tinge to the sky above the hill. It is dawn breaking on the summit foretelling of the coming sun. He is filled with a rare delight and sitting down at the table dips a slice of buttered bread into the rich stew and takes a large and satisfying bite; while the inner spark, which since childhood has guided his work, is now radiant with all the colours of the rainbow.

View all posts by David →
This entry was posted on 1 November, 2012 in homepage and tagged dave tomlin, Elena Caldera, NHS art. Bookmark the permalink.