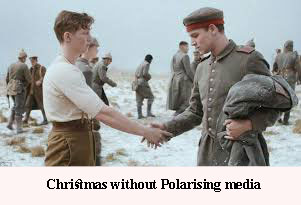 Media industry insiders are predicting that a reworking of ‘I’m Dreaming Of A White Christmas’ by BNP leader Nick Griffin will top this year’s UK Xmas pop charts. The ditty appears to have tapped into the lingering post Brexit xenophobic sentiments still swirling around the country’s supermarkets, building sites and car parks and advanced sales indicate record interest for the bigoted politician’s new rendition of the yuletide classic. Speaking from his quietly racist street somewhere in the Home Counties, the Cambridge-educated and self-styled nationalist hummed, “I always knew that one day I would sing a tune which could break the country in two. I used to practice in the shower when I was alone. In fact, I can honestly say that I’m as good a singer as I am a politician. What my Xmas number one slot clearly shows the whole world is that once more the British people have voted with their feet for something they believe in: a white Christmas, a white England and a white race.”

Predictably waves of liberals exploded like Israel cluster bombs in Palestinian playgrounds upon hearing of the BNP crooner’s inevitable chart success. Germaine Greer spearheaded the charge baying for blood on Radio 4’s Woman’s hour, “Kill him! Kill him and his evil followers now! Do away with them all! Let’s have a blood red Christmas!”

Social commentators were eager to declare this as yet another indication of a fractured Britain with the fault line widening further still between the historically left and right positions leaving a hole wide enough to swallow even the country’s unfathomably large debt (4.7 Trillion). Karl Wax (87) a leading thinker from the Huddersfield dominoes society chucked in his two penny worth “But its always what those in power have wanted isn’t it? Divide and rule. That’s right. Divide and rule. And I’ll tell you this for nought an’ all; tis the powerful who control the media and if there were no media then British folk would all be singing Christmas carols round fireplace. Even British and German troops were playing football with each other at Christmas and that were in middle of battlefield in’t middle of bloody war. But that wouldn’t do for those in power would it? Then Lusitania sank, shit hit fan and millions died. Divide and rule you see? If there were no media you would have never heard of the trouble-making wanker and his poxy bloody record in the first place then there would be nought to argue over. And if there were nought to argue over then there would be no need for the media. Aye. That’s what I want for Christmas. Not a white bloody Christmas just one without any sodding media.”

“White supremacy is everywhere.” Too bad there won’t actually be any oppressive, racist snow though …

View all posts by Ethan →
This entry was posted on 15 December, 2016 in homepage and tagged current affairs, Ethan Harrison, politics, satire. Bookmark the permalink.