No Glory – No More War Event 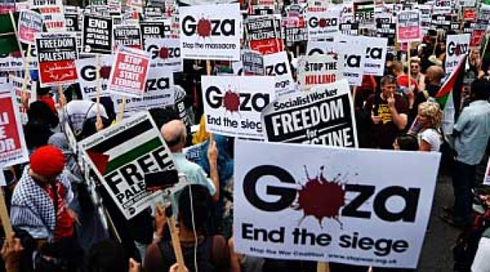 Monday 4 August is the 100th anniversary of Britain’s entry into World War One. The No Glory in War campaign and anti-war groups around the country will be holding commemorative events to counter those like David Cameron and Michael Gove who think the First World War should be either ‘celebrated’ or ‘glorified’.

In London the No Glory in War campaign will stage an event in Parliament Square at 6.30pm, just before the official commemoration, evoking the real horror of World War One, demanding that nothing like it happens again. We will be celebrating resistance to war one hundred years ago and today.

Speakers and performers at the No Glory – No More War event include actors Samuel West and Kika Markham. MP Jeremy Corbyn will read Kier Hardie’s anti-war speech of 1914. Writer AL Kennedy will read Carol Ann Duffy’s Last Post in honour of Harry Patch, the last surviving soldier from the First World War trenches, who insisted until the day he died in 2009 that war was ‘legalised mass murder’.

The No Glory in War campaign is encouraging everyone who is attending to bring white poppies and other anti -war symbols to make sure this anniversary is marked in the only way appropriate – with a loud call for an end to foreign wars.
No Glory – No More War
Monday 4 August 6.30pm
Parliament Square London
100 years since Britain declared war
Join No Glory on WW1 centenary
Wear white poppies. Use Twitter hashtag #NoMoreWar

Poetry has become the centre of a propaganda battle over the meaning of the First World War. David Cameron and Michael Gove want the poetry that espouses the “British values” of honour, loyalty and patriotism dominate, rather than the anti-nationalist poems of Siegfried Sassoon, Wilfred Owen and others who focus on the futility and inhumanity of war. Regardless, it is British writers who will dominate the World War One memorial events in the UK.

This ignores the war poetry from France, Germany, Russia and elsewhere that is, says Owen Clayton, of equal quality and sometimes better. No Glory will be publishing a poem a day through the month of August from around the world, with India, Senegal and Russia already featuring. See our Poetry and Spoken Word list to access all the poetry on the site.

The assassination of Archduke Franz Ferdinand 100 years ago set in motion a chain of events leading to world war. Matt Carr asks if the shooting down of flight MH17 could do the same today? The No Glory website is regularly updated with articles like this which relate the “world to end all wars” 100 years ago with todays era of perpetual war.

No Glory is planning a number of interesting events in the Autumn, including a debate on the First World War and its causes at the Imperial War Museum, with historians Huw Strachan and Neil Faulkner. We will publish details as soon as we have them on the No Glory website
www.noglory.org.