On The Fault Lines of Change – Globalisation-v-Localisation 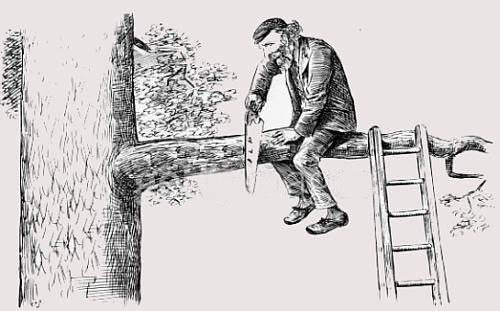 Virtually everything that conventional wisdom teaches about ‘economics’ is undergoing changes of an almost seismic nature at this time. Albeit mostly beneath the surface of superficial day to day activities.

The old model, which is still being forced along the aging and unbending tracks of tunnel vision determinism, teaches that ‘economic growth’ is the be-all and end-all of planetary prosperity. Never mind that it is quite literally ‘costing the Earth’ – and will require another five Earths if all seven billion citizens are to achieve the supposed goal of attaining a ‘standard of living’ equal to that of post-industrial countries like Northern Europe.

Yet, according to its protagonists, an eternally expanding globalized economic market place remains the only valid prescription for this long suffering and deeply wounded planet. They still adulate notorious figure heads of the past, such as Adam Smith and John Maynard Keynes, neither of whose visions of a sustainable economic order have proved equal to the actual task at hand.

The best way to visualise the activity of a marketplace which deals in finite planetary resources as though they were infinite, is a man in a tree steadily sawing off the branch he is sitting on. And yes, he’s three quarters of the way through that branch at the time of going to press.

But there is another paradigm pushing its way up through the morass of discarded steel and concrete which constitute the scrap heap earth economic order; and that is an altogether different baby, with its roots in pre-industrial revolution practices where the land and its resources were regarded with respect and awe, and held to be essential to the health and well-being of all who engaged with them.

Here, manual dexterity and a pedigree in good land husbandry were the hallmarks of sustainable living and the guarantee of good food on the table as well as a robust weatherproof home.

The simple values adopted by countryside communities were largely sacrosanct because they were closely associated with life and death, for the whole family. One lived close to the ground and got to know that ground intimately as a result. Mistreat it, and one blew one’s life line to security and prosperity.

Stand these two models side by side – and reflect on which is the more responsible template for the survival of planet Earth, its flora, fauna and human inhabitants.

Those who hold that the status quo still provides the solution for an expanding global population, should do a bit of serious homework. They should consider the fact that 40% of the World’s best farmland has been rendered incapable of growing food, due to around 100 years of absolute exploitation of the soil by large scale, monocultural farming practices and the profligate application of millions of tons of toxic pesticides and synthetic fertilizers; all of which deplete the life force of that most valuable of all resources: the top twelve centimetres of soil which all cultivated edible plants depend upon for their nourishment.

The true cost of industrial agriculture and the global market place it supplies, is not reflected in the price one pays for one’s food. That remains a hidden cost which governments and corporations keep firmly under wraps, lest the truth should emerge about the mining operations that are taking place under the pretext of ‘efficient modern farming’.

In the UK, some 60 tons of topsoil per hectare are lost from arable land every year to the ruthless ‘efficiency’ of high tech, soulless mining operations conducted by Big Pharma Agribusiness Plc. In the USA it is considerably worse.  Bear in mind that it took millions of years for nature to build that topsoil. How could mankind have become so blindly profligate?

I have spent the last forty years nurturing back to life soils depleted by a reliance upon toxic substitutes to time honoured natural soil building methods known to all true stewards of the land. In the process I found that a living soil produces living food, and that living food only retains its life giving energies when sold and consumed within the immediate proximity of the place of production.  This is the secret of abundant health: in soil, plant animal and man.

It stands in supreme contrast with the lifeless, denatured fake food which some 75% of the supermarket addicted population of Europe – and 98% of the USA – depend upon for their daily depleted diets. So called ‘food’, which has travelled an average of more than 7,000 kilometres before arriving on the neon lit plastic shelves of your nearest superstore. A starkly powerful symbol of factory style mass production and the globalization of the food chain.

The economy which emerges out of the ashes of the crumbling Keynesian model, will bring us all back to earth, with a bump, I suspect. It will be one in which bartering and various forms of simplified exchange come to the fore, and it will be based on the exchange of real items of value, at the local and regional level.  Not on the electronic, virtual reality money markets of today.

Emergent also, will be advanced renewable energy technologies that enable individuals and whole villages to go ‘off-grid’, thereby avoiding slavish reliance upon vast corporations. The same applies to materials for house building. Most will be drawn from natural resources like clay and straw, hemp, rammed earth and wood from sustainably managed forests.

In case readers should think I’m talking about some futuristic utopia, let it be known that models filling this description are already in operation all over the world. In the UK, alternative currencies operating under what are known as ‘LETS Schemes’, are gathering momentum. The Bristol Pound, which is supported by the mayor, operates in over 100 small community oriented businesses in the City.   The Lewes and Totnes Pounds have been part of community life for more than 20 years, and such creative alternatives to mainstream trading are springing up in London, Liverpool and many other towns and cities throughout Europe.

We are, by necessity, returning to our roots, and all those who can read the writing on the wall, should set their sights on getting re-earthed before the fault lines of change finally swallow-up the outmoded and dysfunctional practices of yesteryear.

Julian Rose is an early pioneer of UK organic agriculture, a writer, activist and President of The International Coalition to Protect the Polish Countryside. He is author of two acclaimed books: ‘Changing Course for Life’ and ‘In Defence of Life’ which can be purchased by going to www.changingcourseforlife.info  Further information about Julian’s unusual life and work is also available on this site.