OPEN LETTER TO THE IRISH EMBASSY 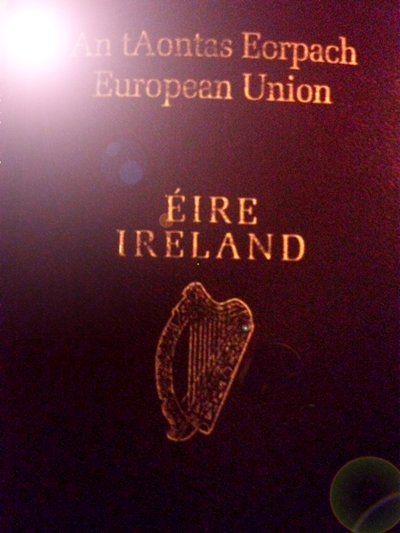 Dear Irish Passport Office in London etc.
I’m writing – as advised by the Irishwoman in the call centre in Ireland who dealt with my call on your behalf – to complain about passport renewal procedure.
The main difficulty for me about the process is finding what the application refers to to as ‘acceptable witnesses’. Your ‘list of all acceptable witnesses’ is as follows: Police Officer, Member of Clergy, Medical Doctor, Dentist, Lawyer, Bank Official, Elected Public Representatives, Justice of the Peace, Teacher, Accountant.
The problem is that I’m an ‘arty type’ and do not ‘hang out’ with those types of people very much. Furthermore as an Irish ‘artiste’ in London, I am arguably more marginalised from respectable society than I would be in Ireland.
The above list of ‘acceptable witnesses’ begs the  question: acceptable to whom? Coppers, priests, doctors, dentists, lawyers, bankers, politicians, judges, teachers and accountants are not high on most people’s list of desirable dates. Most people only come into contact with them when in serious need, or trouble.
You might get to know, for instance, a policeman when you’ve been caught shoplifting or fare-dodging, but it’s unlikely the officer would remember you, or wish to, if you later asked him/her to be your passport witness. He/she would probably snigger and say something like: ‘With your criminal record, my son, you shouldn’t be wasting your money on a passport. No right thinking nation state would admit you into its borders.’ Worse, they might tag the damned thing.
Hypochondriacs seek out doctors, but normal people don’t want to be in their company. It can mean bad news. Sometimes they even tell you you only have months to live. ‘I shouldn’t bother applying for a ten year passport if I were you. Even a three year passport will outlive you…’  They’re so busy with their 100 hour weeks anyway that no one gets to meet them except on duty. They have elephantine egos and can be haughty, as well as morbidly cynical from the years of sleep deprivation and bad memories of medical student pranks. As it happened, I did contact my local G.P. and was told to pop round with the application form. No problem. He would happily witness it for £30.  I told him in the words of another Irish poet: ‘Fuck off, or be struck off!’ But I’m afraid he struck me off his books. So much for that little social call. Now my name is dirt in the medical community of West London.
Dentists we only go to when we’re in agony, or – if masochists – we want some agony. I love my dentist, a Polishwoman called Beata, but I don’t want to see her. We’re both probably relieved that passport photos don’t allow smiles. One problem faced by many Irish immigrants is that if you’re missing a tooth in England it’s immediately assumed you’re a member of the underworld, or an ex-Pogue fallen on hard times. My dentist doesn’t want to see me either; and though I like her, I never attempt to smile at her. It would be like belching at a chef.
When would be the best time to ask the priest to be an acceptable witness? Straight after confession perhaps? I could hand the form through the slat. They’ve always known who I am anyway. My sins are unique. When I told the Irishwoman in the call centre I no longer go to mass, she tried to tell me that was okay, as if subtly assuring me I wouldn’t burn in hell for an eternity. I was about to ask her if my soul needed a passport to go to hell and what witnesses might be acceptable to Satan, but thought better of it.

Bank tellers I’ve met – there’s no avoiding them – but I’ve not needed to meet a bank manager. If I asked a teller to be my witness, s/he might ask, ‘How are you going to afford a passport Mr. McDevitt?’ Or rather ‘Master McDevitt’. Having lived my whole life on pocketmoney, I always feels like a pre-pubescent child at the bank. There’s no question of me ever being allowed to meet a bank manager. ‘So Master McDevitt, you want a business loan. What are you planning to invest in? Wine gums?’
Lawyers can be good company but we’ll never know as it’s too expensive. Even asking them how much they charge is unaffordable.
As for accountants, I was once about to be introduced to one at a party but fell asleep as his hand was stretching towards mine…
I explained to the Irishwoman at the call centre in Ireland that I should be allowed to ask a poet or painter or musician to be my witness. It would be a much more pleasant task, seeking out a few moments of the company of someone I admire rather than someone I am as superstitiously terrified of as I am of vampires. She said that if I feel so strongly about it, I should write a letter of complaint.
So here it is. I say to Ireland that its list of acceptable witnesses is utterly out of date. It implies that only those people are sensible and trustworthy enough to be able to identify another human being. Anyone can identify another human being. Why can’t Shane MacGowan be my witness, even if blind drunk?
Besides, England has been racked with a series of establishment scandals. We now know that the so-called pillars of the community are deeply unqualified for such as a task as witnessing acceptably. What do you want? A paedophile priest? An embezzling banker? Fred Goodwin? Bob Diamond? A homocidal copper? Officer ‘D’?  An Elected Public Representative with a conviction for fiddling expenses? With or without moat? Actually you can’t get one from MPs. They’re too busy working on Abu Qatada and Julian Assange’s passports.
And finally, what self-respecting Irish Passport Office would situate itself on Cromwell Road?
Yours er… sincerely
Niall McDevitt 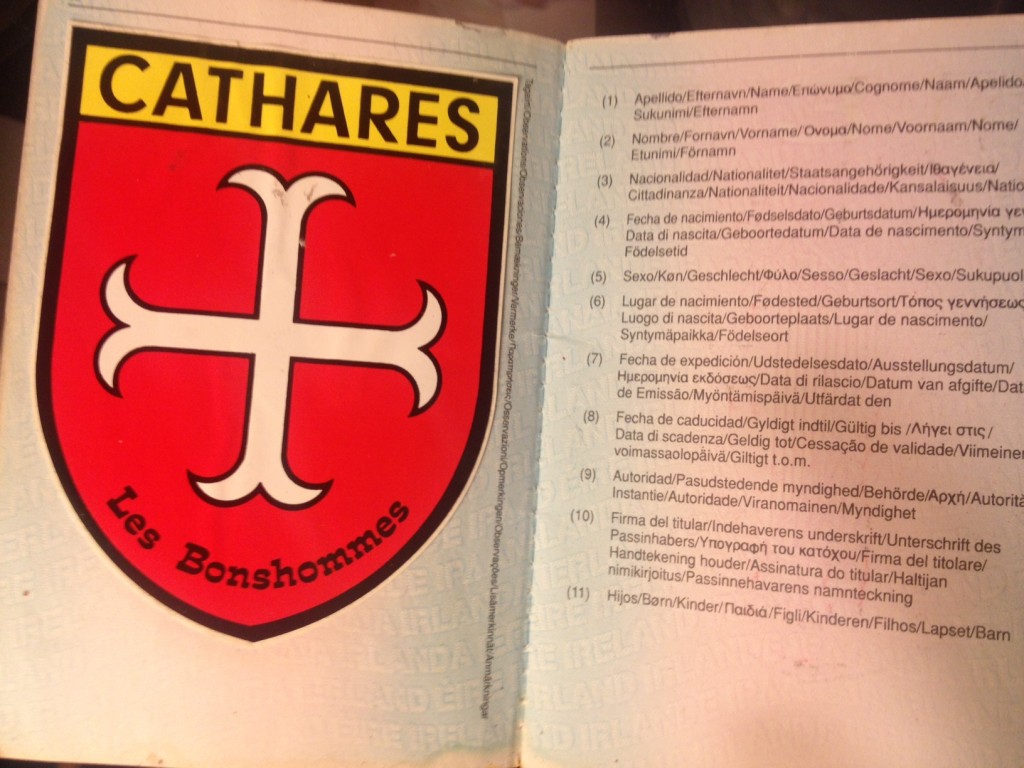 Tweet
This entry was posted on 3 January, 2013 in homepage and tagged Acceptable Witnesses, Irish Open Letter to the Irish Embassy, Niall McDevitt, Passport Office, Pillocks of the Community. Bookmark the permalink.

5 Responses to OPEN LETTER TO THE IRISH EMBASSY