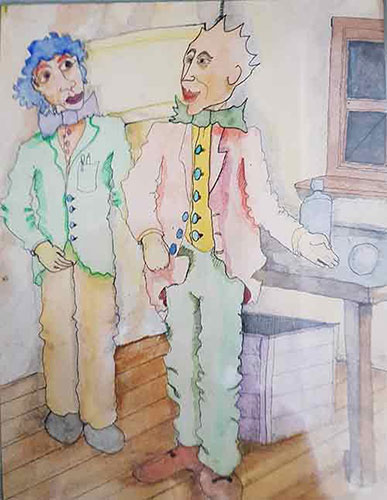 “He was doing Summer Season,
His big come back, when one night, To-
wards the end of his run,
Some heckling kid upset him terrible- a few
Months later: dead, heart attack, supposedly
But it were that gobby brat did for him…”

I have this troubling memory
Of Mum, Dad, me- we’re sat Front Circle,
Queen’s Theatre, Blackpool- it’s almost
The sixties and a red curtain’s rising on his
Toothy grin, trademark ukulele when I yell
Out “That’s not him, s’just some old man!”

He falls into silence; coughs;
Whispering; from the stucco ceiling gilded
Cherubs look down, open mouthed at a
Waxwork dummy that’s trying to sing but
He’s faded, off-key.

So now I know for sure. 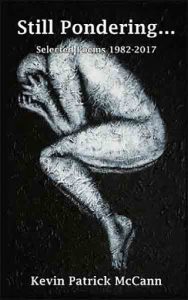 A new book of poems

Tweet
Tweet
This entry was posted on 21 March, 2020 in homepage and tagged Kevin Patrick McCann, nick victor. Bookmark the permalink.