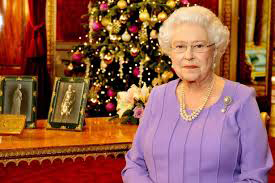 Abdication rumour ‘A load of bollocks to boost ratings’

A chief Buckingham Palace aid has admitted rumours suggesting Elizabeth II would announce her abdication during her annual Christmas message this year were, ‘A load of bollocks to boost ratings.’

Colonel William Trescothic Bowell Tart, heading the regal obfuscation team (ROT), was heard boasting of the deception whilst attending a fox hunt in Oxley, Berkshire on Boxing Day. The trusted royal aid went on to add, “At first were going to get her (the Queen) to announce the winner of this year’s Strictly Come Dancing. Y’know, to get bums on seats. But this abdication bollocks was gold dust. Now we’ll use that Strictly donkey’s piss for the opening of parliament next year. Haw haw.”

Proving Mr Trescothic Bowell Tart and his ROT team are worth every penny of the millions we pay them each year to lie to us, ratings for the Queen’s message topped the viewers’ Christmas Day list at 5.4 million.

Prince Charles is thought to have watched his mother’s Christmas show for the first time since 1982 even apparently recording it for ‘posterity.’ Though moments after the message had ended Kensington Palace staff reported seeing him lose his temper with his new DVD recorder, a present from Lady Camilla, smashing it to pieces and screaming at the top of his voice, “When will she fucking die? When will she fucking die?”

View all posts by Ethan →
This entry was posted on 31 December, 2014 in homepage and tagged Abdication rumours, Disestablishment Analyst, Ethan Harrison, satire, spoof news, The Queen. Bookmark the permalink.