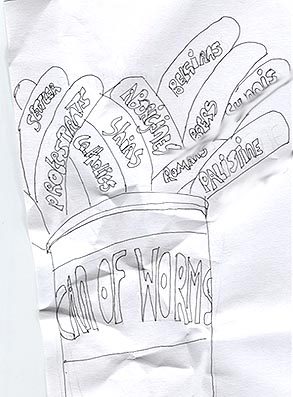 ‘We shall migrate to Palestine in order to constitute a majority here.
If there be need – we shall take by force;
if the country be too small – we shall expand the boundaries.’
David Ben-Gurion (1942)

How magnanimous of the British Government to broadcast to the world their suggestion, by way of the Balfour Declaration, that the Jews had a right to a homeland in Palestine. It certainly looked a thoroughly altruistic idea with more than a hint of humanitarianism; but then, political window-dressing usually does.

It should be remembered that Arthur Balfour was the British Foreign Secretary and was therefore well aware of the wider implications. Britain had seized Egypt and absorbed it into its Empire thus gaining control of the Suez Canal and the vital route to India, while enabling it to protect the West bank of the waterway.

The East bank however, was vulnerable to rising Arab nationalism and perhaps even to the French who occupied the Syrian territories and were manoeuvring to extend this rule to include Palestine.

Then just in the nick of time Chaim Weismann rode to the rescue like a biblical prophet, bearing Theodore Herzl’s Zionistic vision of a Jewish homeland in Palestine. There were no flies on Arthur who saw immediately the advantage of a pro-British territory to act as buffer and serve to protect the East bank of the canal, while simultaneously denying Palestine to the French.

Since WWI was at this time in process and the allies were desperate to bring America into the war it was also surmised that were the Zionists encouraged by this public announcement, the American Jewish lobby would put pressure on President Wilson’s government to abandon its neutral stance. Thus would the war come to a speedier end and the Zionist dreams soon fulfilled.

Weismann also had another perhaps less biblical card up his sleeve. Being a chemist he had, through his many scientific connections, managed to acquire the formula for the manufacture of Acetone; a substance used in the production of powerful high-explosives. Since America owned the patent for this formula and refused to release it to the British, Weismann’s knowledge gave him further clout and the deed was done.

And so business as usual. As Blair broadcast after 9/11: ‘Stay calm and keep shopping’.

The accusing finger points here; and there; and eventually everywhere. The Israelis and the Palestinians; the Protestants and the Catholics; the Shias and the Sunnis; the settlers and the Amerindians; the Australians and the Aborigines; the Belgians and the Congolese; the British and the ‘fuzzy-wuzzies’ and on and on.

The common denominator of all these is of course that they are also, without exception, what are known as ‘Human Beings’. But as Lord Byron said: ‘Mankind is full of hatred for each other, to expect or hope for anything better is the mark of the visionary’.

It’s a can of worms, and even the worms have worms!