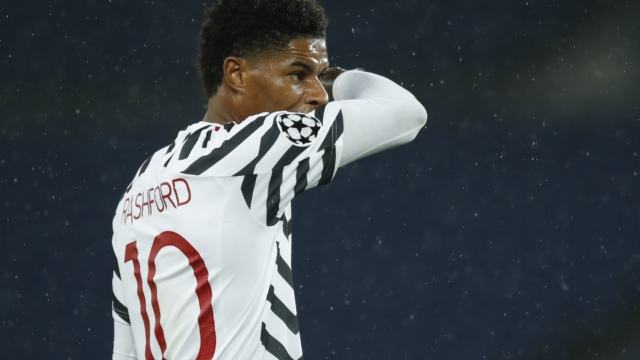 Cafes, pubs and restaurants across the country have stepped up to offer free school meals for local children during half term, after MPs rejected a campaign started by footballer Marcus Rashford.

A vote on the measures was backed by Labour and made its way to Parliament this week, but it was defeated by 322 votes to 261.

Now dozens of hospitality businesses have shown they “stand with Rashford, not the 322”, by supporting families during the school holidays.

Among them is Andrew Mahon, who helps manage Aubergine Cafe in the Wirral, alongside his wife May. The couple are offering a free sandwich, cup of soup and piece of fruit to children over half term. He told the PA news agency: “My wife and I, we saw the vote in Parliament. And we were a bit dumbstruck. It seems like such an own goal by Parliament.

“They are talking about trying to balance the books, but you don’t do that by letting kids fall destitute in the middle of a national health emergency.”

Mr Mahon said for every request for help they have had, they have received more than 20 times as many offers of support, with people asking to donate money to help pay for the meals.

He said: “It’s very heartening. We weren’t expecting it.”

The acts of generosity come amid a difficult time for the hospitality industry, with many business owners struggling to cope with the effects of coronavirus restrictions on their trade.

Rashford, who was recently awarded an MBE after forcing a Government U-turn on free school meal vouchers over the summer holidays, said he was “blown away” by the offers of support, and has been retweeting businesses offering free meals.

“Selflessness, kindness, togetherness, this is the England I know,” the Manchester United footballer tweeted.

“Add #ENDCHILDFOODPOVERTY to your tweets so I can track them. I will share as many as I can.”

A number of councils have also said they will offer free school meals for children.

Labour-led Hammersmith and Fulham Council will give every pupil in need free school meal vouchers, equivalent to a £3 Tesco meal deal per day.

He said: “I have seen a lot of kids who need food. I was in a school on Tuesday speaking to kids who have the free lunches now and they were explaining they have gone for days without a proper meal.

“They were very sweet kids, and then I looked at the MPs who were so callously indifferent to that and I thought, how can that be happening in the fifth richest country on Earth.

“There are so many things they spend money on, it’s a moral imperative.”

School breakfasts will be also delivered over the break to 600 pupils across the borough most in need of help.

Southwark Council leader Kieron Williams said the Government “failed, so we are stepping up”.

The London council will reallocate funds to pay for free meals over half term.

Some of the places offering support for families over half term:

Some of the councils offering support to families over half term:

Who voted against free school meals extension? How your MP voted when Marcus Rashford campaign was defeated

View all posts by Claire →
This entry was posted on 24 October, 2020 in homepage and tagged Aubergine cafe, Boris Johnson, Endchildfoodpoverty, Marcus Rashford, May Mahon. Bookmark the permalink.