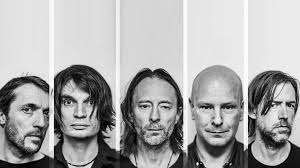 Radiohead are a band I have long admired,because of their awesome inspiring music along with their  social conscience,I have all their records and a poster in spare bedroom,their third album, “OK Computer” (1997), elevated the band to almost godlike status among my peers, and since then their work has been marked by an experimental streak and intelligence of spirit that  has set them apart from the mainstream, and  they have long been recognised as  being consistently among the most vociferous proponents for a variety of causes. Radiohead’s lead vocalist, Thom Yorke, maybe best known for his environmentalist work, but is also a very strong supporter of human rights and anti-war causes. He has been involved in Amnesty International causes as well as the Campaign for Nuclear Disarmament (CND).
So I was shocked and disturbed and extremely disappointed  recently to have discovered that they  have reportedly signed on to give a performance this summer in Israel. The show will come at Park Hayarkon in Tel Aviv on July 19 and may have some political spin, as many bands have boycotted playing in Israel in protest of the country’s occupation of Palestinian land. I would have expected more from as astute progressive politically aware band.
I have recently discovered though that Radiohead have long had a strong connection with Israel, the first place where their iconic single Creep became a hit was Israel, and their first gig abroad was in the Roxanne club in Tel Aviv.Guitarist  Johnny Greenwood is also  married to celebrated Israeli artist named Sharona Katan and he recently released ‘Junun’, a collaborative album with Israeli composer/singer Shye Ben Tzur and he also has a house in Nahariya .

What I’d like to say to say to Radiohead is that  that we need to be breaking down walls, not propping them up. Israel has a long history of marginalisation persecution, imprisonment and assassination of indigenous Palestinian artists. While they plan to play on an Israeli stage, Palestinian artists languish in Israel’s prisons, where they are subjected to systemic abuse and torture.Art is not separate from politics, even when basically each artist who has broken the cultural picket line to appear in Israel has made this claim. Look at any oppressive regime in human history and you see that art has always been part of each regime’s public image. For Israel, high profile foreign artists appearing in supposedly ‘liberal’ Tel Aviv (originally established as a segregated colony for Zionist Jews only) is part of its strategies to polish its public image abroad. Radiohead has in the past made gigs to benefit for example Amnesty International. Now it plans to perform in what would be a benefit show in behalf of Apartheid, ethnic cleansing and brutal occupation. We must help to awaken their consciences, which seem at the moment to have fallen asleep.We must continue to speak out loudly and clearly about Israel’s disgusting treatment of Palestinians,

One activist group called Artists For Palestine UK  has already called on fans to boycott the show:
“Tel Aviv’s hipster vibe is a bubble on the surface of a very deep security state that drove out half the indigenous Palestinian population in 1948 and has no intention of letting their descendants back in,” they wrote. “If you go to Tel Aviv, your presence will be used by the Israeli authorities to reassure their citizens that all’s right with the world and nobody really cares that the Palestinians are suffering… Please don’t go.”
For more than 70 years now Israel has been ethnically cleansing Palestine. with the denial of basic rights to millions of human beings combined with illegal land theft. In the eyes of international law.Apartheid is defined as “a policy or system of segregation or discrimination on grounds of race. Or segregation on grounds other than race. Israel both segregates and discriminates by law on the basis of religion. It is therefor by definition an “apartheid state”. So playing in Israel  would be akin to playing Sun City in the days of apartheid South Africa. I really hope that Radiohead respect the call for boycott and like other respected artists do not cross the Palestinian picket line. Many others after pressure from fans have been forced to have a change of heart.
In the meantime please consider signing the following petition by Jewish Voices for Peace, Radiohead Don’t Play Apartheid Israel , it might make them to reconsider and come out of this with a bit of integrity.

Here are two further links that might be of interest :- 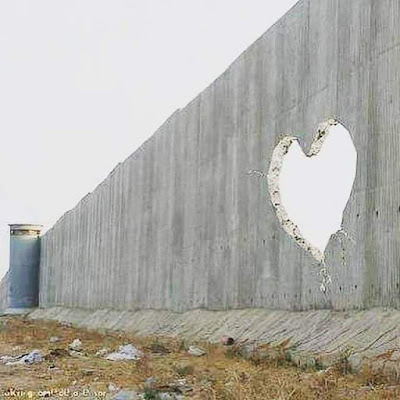 Posted by teifidancer at 18:05
http://teifidancer-teifidancer.blogspot.co.uk/2017/02/radiohead-dont-play-apartheid-israel.html
Tweet
This entry was posted on 20 April, 2017 in homepage and tagged Apartheid, CND, Israel, palestine, Radiohead. Bookmark the permalink.