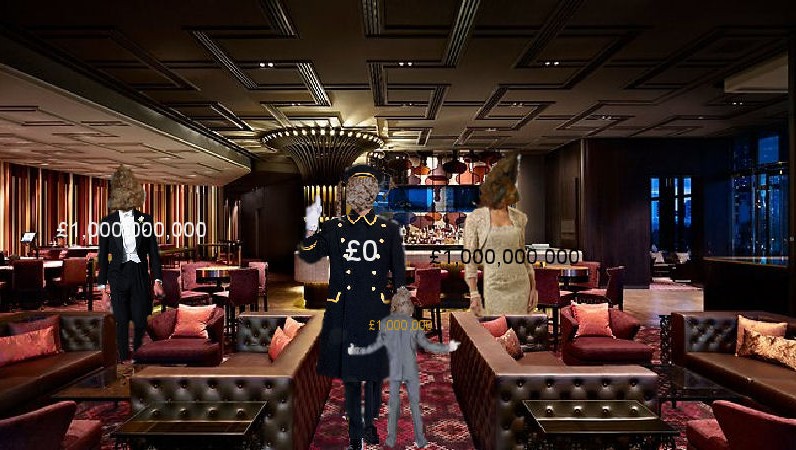 Status is a powerful and much cherished quality where, providing the holder moves in circles where this power is recognised, much self-esteem may be harvested. However, outside those elite circles, deflation of a high order is likely to be encountered.

Mr Wallace P. Edwards saunters out of the front doors of his expensively opulent hotel. He has had a very satisfactory lunch washed down with a bottle of the best old Claret and now he pauses to light a cigar. He pats the pockets of his superbly tailored Saville Row suit and brings forth his solid gold lighter. Having got the cigar going well he checks his Rolex and sees that he has a couple of hours to kill until meeting with the board of his company.

He is a self-made millionaire and not a little proud of it. But as he walks along he feels a certain resentment at having to share the pavement with the low-life no-hopers that jostle him in passing. He feels uneasy and a little vulnerable outside the company of those of a similar status as himself: men of proven worth and financial clout.

‘I must get away from this riff-raff,’ he thinks, and begins looking around for an exclusive bar or club where he might relax amongst his own kind. His eye alights upon an imposing marble frontage and through a window he sees palms and leather couches bathed in soft light, whilst at the back the welcoming sight of a white-jacketed barman.

‘I’ll stop off here for a while,’ he thinks, and nodding affably to the uniformed doorman pushes his way through the revolving door.

Making his way across to the bar his feeling of uneasiness returns as he meets the hard looks which the elegantly dressed clientele are giving him, and at the bar a lady in a long mink coat takes one look at him and abruptly turns her back.

This is all very disconcerting and worse to come. For when he orders a large gin and tonic the barman shakes his head.

Mr Edwards turns and there behind him stands the doorman.

‘This way please, sir,’ says the doorman, and taking him by the arm begins pulling him towards the exit.

Mr Edwards is outraged, how dare they treat him like this.

‘You don’t know who I am,’ he splutters, struggling unsuccessfully with the doorman. He is not a big man and the doorman is. Dragged humiliatingly across the room under the scornful eyes of the clientele he is taken to the door.

‘I’ll have you know I’m Wallace P. Edwards the millionaire,’ he shouts.

‘Sorry, sir,’ says the doorman grimly and tightening his grip. ‘But this is a billionaire’s club.’ And he gives Mr Wallace a violent shove sending him staggering out onto the street. The doorman then returns inside to receive a severe dressing-down from the manager.

‘George,’ says the manager sternly. ‘How many times do I have to tell you to keep the trailer-trash OUT!’