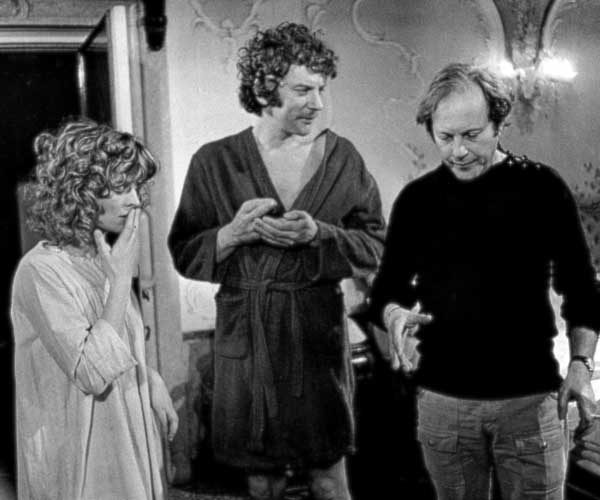 In remembrance of Nicolas Roeg

And so death stepped into frame with the kind of reverence you would wish him,
Waiting in line for the passage of a spectacular burst of foresight.
Or perhaps it should be eight sight with Roeg who used vision and time
On all levels, image imposed across image, each re-educating the mind.

From the restless drive Cammell spurred, Roeg steered with precision,
Casting off shards and fragments while arranging each into place,
Utilising the cinematographer’s skill the reins he gripped in starred moments
Sparked art’s vehicle wildly, pointing to both the withheld and lost cosmos,

Whilst always tracing the charged sex and beauty in Theresa Russell’s sweet face.
He shot not as an editor might having surrendered to frenzy,
But more as a sculptor finding the form within clay. Sparks of marble split through,
Uneasy time testing fingers as vision fought the imagined in order to reassess

What was true. The classic run of films are the fruit that forced the boundaries
Set by others; prog film in one sense, detached, highly ordered
But still in thrall to sensation and the detachment of mind from the flesh.
Roeg found the music in glass and the blood on the walls and in bottles

As he ransacked expectation to cast peaceful viewpoint with first a shimmer
And then concurrent waves of distress.  From Walkabout, Don’t Look Now,
The Man Who Fell to Earth And Eureka, he looked again at proceedure,
Breaching narrative’s city wall. Puffball and Track 29, weaved through time,

Taking him to the Insignificance summit, in which Theresa Russell
Channelled Monroe and never looked more beautiful.  Later films
Weren’t as sharp, with numerous adaptations, a literary phase
Did not suit him, despite some of the plays and books he once framed.

Away from the maddening crowd, his singular light restaged vision
Which will teach future film makers how to redefine any age.
From visionary to Hack, the craft still surprises. A Sound on Film project
Sent him meteor back into art. Roeg was an example of skill that came

Directly from seeing; that others wrote for him does not distract
Or depart from the fact that he was the Nineteen Sixties on film
Who commanded the advance moving from it. He was a framer
And maker of illusion that freshly blooded each heart.

After ninety years at the crest death’s dark nation stands open
To oversee the construction of an entirely need studio
In which the masters of feel and technique, and fresh understandings
Of rhythm will grant the eye it’s full bounty and teach those who wish
To set sail on a journey that captures dream where to go. 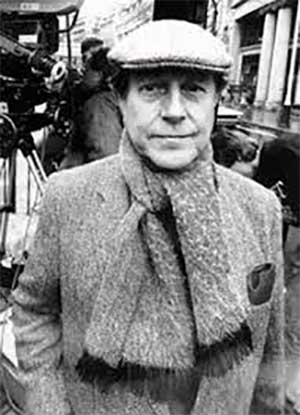 View all posts by David →
This entry was posted on 1 December, 2018 in homepage and tagged David Erdos, In rememberance of Nicolas Roeg, Nicolas Roeg. Bookmark the permalink.