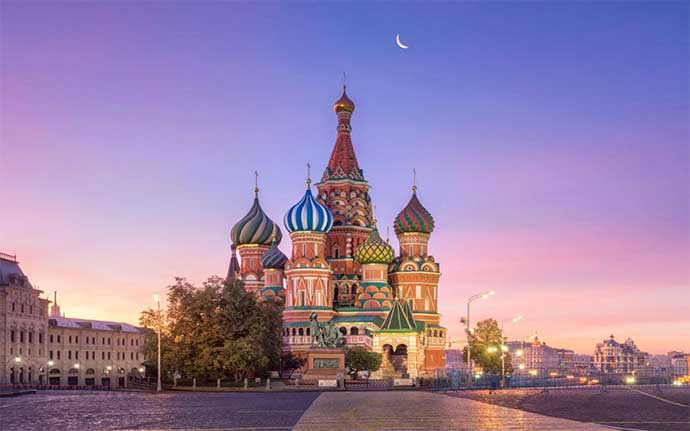 Stephen F. Cohen, professor emeritus of Russian Studies and Politics at NYU and Princeton, and John Batchelor continue their (usually) weekly discussions of the new US-Russian Cold War. (Previous installments, now in their fourth year, are at TheNation.com.)

Cohen thinks that the proximity—in time and politics—of the Russian presidential election on March 18 and the allegation that Putin tried to kill a former Russian intelligence officer in the UK shortly before warrant a dual commentary. He makes a number of points about both.

Regarding the presidential election:

§ US political and media elites are characterizing Putin’s enormous electoral victory (he received about 77 percent of the votes, with final results yet to come) as a “fraud” and “sham” that “does not matter.” Both assertions are untrue. They are made mostly by professed authorities whose opinions about Russia are based not on actual knowledge but on their political and ideological biases. Russia’s presidential and parliamentary elections are, of course, far from fully free and fair. The Kremlin has overwhelming “administrative resources,” including funds, control of the main national television networks and many newspapers, and influence over who is, and is not, on the ballot. But the March 18 election was not greatly constricted or fraudulent. Putin’s rivals, including outspoken anti-Putin ones, were permitted to debate on national television (though without Putin himself), and to conduct their campaigns throughout the country relatively freely with whatever resources they had, including in the significantly freer print media and on the nearly uncontrolled Internet (social media, etc.). That is, voters knew the candidates and what they represented. According to many on-site observers, there was also relatively little fraud. A frequent complaint that Putin’s campaign helped “get out the vote” by busing its voters to polling places is no doubt true, but also not uncommon in the United States.

§ In short, there is no reason to doubt the magnitude or authentic nature of Putin’s victory. The Kremlin hoped for a 70 percent turnout of eligible voters with a 70 percent vote for Putin. The turnout was somewhat less, 67 percent (as opposed to just under 58 percent in the 2016 American presidential election), while Putin’s victory margin, 77 percent, exceeded the Kremlin’s goal. As for its authenticity and reason, we have the reporting even of a Moscow correspondent of The New York Times, which almost daily competes with The Washington Post as the most unrelentingly major anti-Putin newspaper. He wrote: “Russian voters gave…Putin their resounding approval” and a “popular mandate” for his next six-year term. “There is no question that Mr. Putin is wildly popular among Russians.” He concluded: “There was no need for extensive rigging…because of Mr. Putin’s genuine popularity.”

§ So widely and deeply “resounding” was Putin’s victory that he got 70 percent of the vote in Moscow, where opposition candidates usually run relatively well, in sharp contrast to less than 50 percent in 2012. Moreover, there is ample polling and anecdotal evidence that contrary to Western impressions, Putin is exceedingly popular among the youngest voters, many of whom regard him even more favorably than do middle-age and older generations. This means that the “Putin generation,” as it is called, is likely to play an important political role even after he leaves the scene. More generally, nationalistic, anti-Western candidates gained approximately 20 percent of the vote, with “liberal,” pro-Western ones so favored by US political-media elites less than 5 percent. Assuming that few “liberals” voted for Putin but many anti-liberals did, this too speaks volumes about current and future Russian politics—and about highly selective, if not entirely deluded, US media coverage. (It is often reported correctly that Alexei Navalny, Putin’s radical opponent and anti-corruption crusader, was excluded from the ballot. But it is also true that polls showed him with about 2 percent popular support, hardly enough to have affected the outcome. And not to be forgotten, many Americans have voted over the years when candidates they actually preferred were not on the ballots.)

§ US commentary also attributes Putin’s popularity to his “aggressive, anti-Western foreign policies.” This assumes that most Russians favor policies hostile, even aggressive, toward the West, and that Putin relies on such attitudes for his power. These assumptions are also wholly untrue or at least significantly so. Until the US-Russian proxy war in Georgia in 2008 and even prior to the Ukrainian crisis in 2014, Putin pursued cooperation with both Europe and the United States, during which his popularity ratings remained well above 60 percent. The annexation of Crimea has boosted his popular support ever since. The explanation is not complicated. Most Russians still credit Putin with having “saved Russia”—and their own families—from the catastrophic economic and social shock-therapy “reforms” of the Yeltsin 1990s.This remains the basis of Putin’s enduring popularity, despite more recent economic hard times. And when Russians perceive their country as being under attack by foreign powers—as most Russian characterize US-NATO policies in recent years, including in Ukraine—they rally around a “strong leader,” a reaction also not unknown in the United States. Slurring the integrity and values of Russian voters is just that—a slur, and one on the rise in the United States, due partly to “Russiagate,” though not only. Thus when Senator John McCain and others declare that Putin’s victor was a “sham” and “every Russian citizen…was denied the right to vote in a free and fair election,” he is publicly denigrating and insulting those citizens—again, without the slightest factual knowledge of what he is denouncing.

Tweet
This entry was posted on 28 March, 2018 in homepage. Bookmark the permalink.